In a historic win for reproductive rights, Colombia’s highest court strikes down law that made abortion a crime. 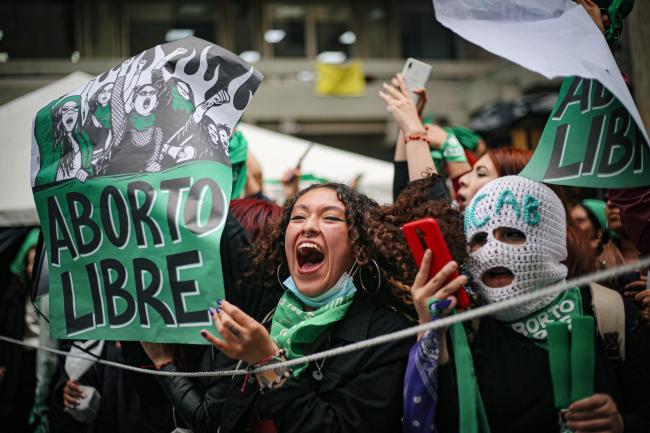 Raindrops mixed with the tears of anxiety that ran down the cheeks of the women gathered in front of the Constitutional Court of Colombia yesterday.  All dressed in green, the color that has become a symbol for pro-choice demonstraters across Latin America in recent years, thousands awaited the verdict for two high profile cases, each with the potential to decriminalize abortion.

As the clock in the belltower struck 4:00 PM, the deep resonating chimes were drowned out by a sea of joyful screams echoing through the streets. Demonstrators danced and hugged as word of the court’s decision spread. The Constitutional Court had ruled in favor of the plaintiffs, striking down laws that criminalized abortions and allowing for the procedure in pregnancies up to 24 weeks.

On February 21, Colombia became the third country in just over a year—joining Mexico and Argentina—to decriminalize or legalize abortion. Legalizing termination up to 24 weeks of gestation makes the policy one of the most progressive in Latin America. The 5-4 ruling from Colombia’s highest court also allows for three exceptions beyond that period: for reasons of health, if the pregnancy was the result of a crime committed against the mother, or malformation of the fetus.

“The decision represents an advance in the recognition of freedom and autonomy in reproductive health,” said Ana Christina Gonzáles, director of Just Cause, the coalition of women’s groups that filed the lawsuits challenging Colombia’s law. “Today, all women won.”

The lawsuits, filed by the CAUSA JUSTA movement, an alliance of over 80 women’s groups, involved three female plaintiffs who claimed that Colombia’s prohibition on abortion violated the Colombian constitution and international law. They argued that the law as it stood violated the rights to health, freedom of conscience, and a lay state, as well as the rights of migrant women and minors.

Under the previous law, around 500 Colombian women were prosecuted for aborting each year, a figure which has risen substantially since 2006, according to a report by the University of Los Andes and the Council for the Life and Health of Women. Most were rural women who were reported by their doctors. A quarter of those convicted of abortion are minors, most of whom live in poverty. Unsafe abortions in Colombia  kill around 70 women each year.

“This decision is historic,” said Eliana Riaño, a feminist who celebrated the decision in downtown Bogotá as it was announced. “We have fought for this day for years—in the streets, in the courts, through music, through culture. We have applied pressure to strike down this unjust law through every avenue we could.”

Smiling through tears and waving a green handkerchief, she added, “And today we finally won.” 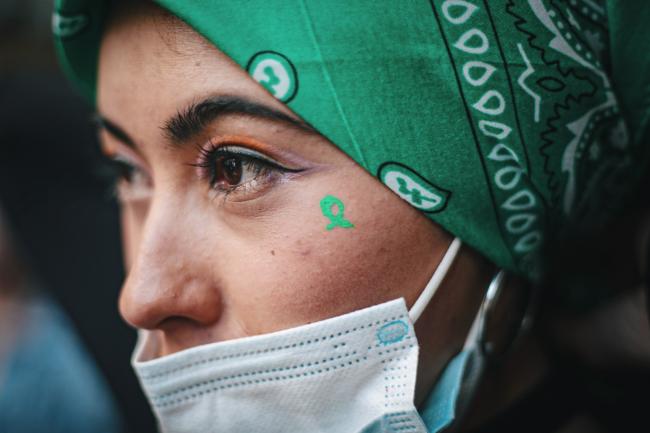 Amnesty International, in a public statement, immediately called the court decision “a triumph for human rights."

“Women, girls, and people able to bear children are the only ones who should make decisions about their bodies,” said Erika Guevara-Rosas, Americas director at Amnesty International. “Now, instead of punishing them, the Colombian authorities will have to recognize their autonomy over their bodies and their life plans.”

The decision, written by magistrates Alberto Rojas and Jorge Lizarazo, takes effect immediately. Under the concept “the favorability of law,” the new law also applies to Colombian Constitutional law retroactively, meaning that women who have been prosecuted for having abortions will have their cases dropped and any sentences commuted.

In 2006, Colombia legalized abortion in cases of health emergencies or when a crime is committed against the mother. This opened the door for a handful of legal clinics in major cities. But classifying the procedure as a crime left some women in a legal limbo. Restricted access to reproductive rights in rural areas and the stigmatization of women seeking abortions in the predominantly Catholic country remain common.

The cases have been winding through the courts for over a year, and a final ruling was delayed multiple times. In December, the ruling was postponed when one of the judges violated court protocol by speaking to the media about the case. There was a second delay, when Judge Cristina Pardo was briefly recused from the case for publically commenting that she opposed any decision that would decriminalize abortion on moral grounds. After debating the issue, the court allowed her vote, and she opposed the court decision.

Voicing the views of conservative factions, Colombian ambassador to the Organization of American States, Alejandro Ordoñez, said the decision will "merely inspire new generations to join the true just cause: the defense of life." He described the grassroots movement as aiming "to promote the murder of babies."

Conservative and religious groups who oppose women’s reproductive rights feared regional momentum would affect the court’s decision. They have recently focused their efforts in Congress where new legislation leaves doubt about how accessible the procedures will actually be. The Legislative branch, by order of the court, must also draft into law how the new rules will be enforced, and some legal experts expect opponents to water down the ruling by imposing legal bureaucracy and delays. Colombia holds legislative elections next month, and the first round of presidential elections in May. 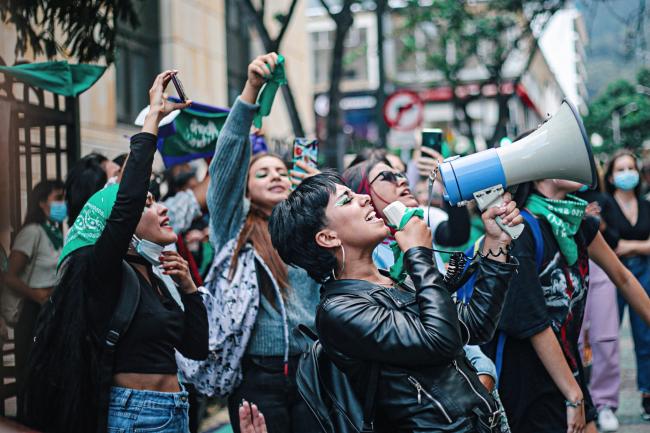 Activists plan to defend their victory in the court of public opinion.

“This ruling means that we must continue working,”  said Sandra Mazo, activist and director of the pro-choice organization Catholics for the Right to Decide.

“We must fight so that there is more information available to women, access [to the procedure], and reduce all the barriers that arise along the way.”

Mazo’s organization echoed those sentiments in public statements on Tuesday: “We are not going to rest until the crime of abortion is eliminated from the penal code and the right to decide for women is fully guaranteed.”

In Latin America, abortion continues to be illegal without exception in Honduras, Nicaragua, the Dominican Republic, El Salvador and Haiti. Only in Uruguay, Cuba, Guyana, Argentina, and now Chile, is abortion free and legal. Activists hope that their victory in Colombia adds to regional momentum in other countries.