Costa Rica's Rush to the Right

With second round presidential elections on April 3, the country faces high levels of voter abstention, an increasingly right-wing Congress, and a choice between two candidates ringed by controversy. 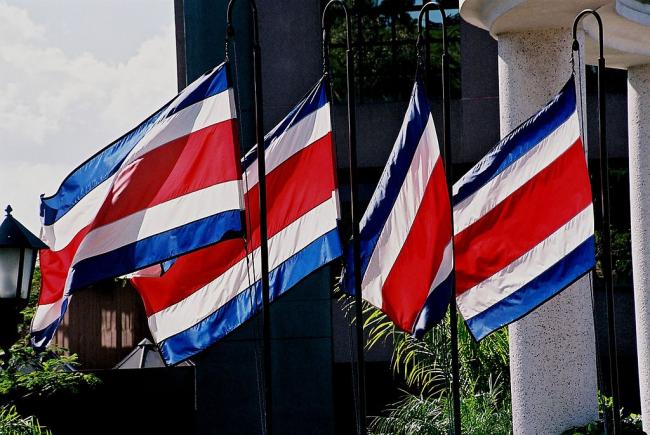 On February 6, Costa Ricans went to the polls to elect the president and 57 members of congress. As most analysts predicted, none of the presidential candidates reached the 40 percent threshold needed to win outright, and thus the country is heading to a second round on April 3 between the former president José María Figueres Olsen (1994-1998) of the Partido Liberación Nacional (National Liberation Party, PLN), and Rodrigo Chaves Robles, a virtually unknown economist of the newly minted Partido Progreso Social Democrático (Social Democratic Progress Party, PSD).

This was both a surprising and underwhelming finale to an electoral process marked by various particularities and tainted by the less than stellar attributes of many of the candidates. For the first time in the country’s electoral history, levels of abstentionism surpassed 40 percent, and in some peripheral regions less than half of the voters showed up to the polls. Also, for the first time, there were 25 presidential candidates and 27 parties at the legislative level. Finally, the two parties that went to a second round in the 2018 elections, the Partido Acción Ciudadana (Citizen Action Party, PAC), who won those elections, and the Partido Restauración Nacional (National Restoration Party, PRN), all but disappeared, receiving together less than 2 percent of the general vote and failing to win a single congressional seat.

The first round candidates offered a broad political spectrum and scandalous backgrounds. Otto Guevara, an experienced politician from the libertarian right, was recently found guilty of lying to the Comptroller General of the Republic, and resorted to NFTs (Non Fungible Tokens) as a way of financing his campaign. Oscar Campos, a former member of congress and leader of the left leaning and nationalist Partido Encuentro Nacional (National Encounter Party), was allegedly involved in a plot to depose the president in 2020 during a set of protests against a new IMF agreement. In total, 69 candidates were facing criminal charges at the time of the election.

The two candidates that will slug it out in the second round have their own controversies. Figueres Olsen is under scrutiny for acts of corruption during his first presidential term and Chaves was sanctioned in 2019 by the World Bank, where he had worked for over thirty years, for sexually harassing two junior officials.

Radiography of the Election

The first round of the 2022 election was particularly hard to predict. While the polls in the run up of the elections showed Figueres and the PLN ahead of the pack, around a third of the electorate was still undecided as to whom to vote for. Many would-be voters answered that they would make up their mind on the day of the election, which partly explains how Chaves could jump ahead of better known candidates. Many people were swayed by his image—an outsider with a technocratic profile that could help bring order—and decided their vote in the ballot booth.

The difficulty in differentiating between parties led to high levels of uncertainty. In general, campaigning centered on the personal appeal and dirty laundry of each candidate, rather than any meaningful discussion of policies. Recent issues that merited discussion, but were mostly avoided, include the overlap of drug trafficking and the political sphere, a recent case of corruption in the allocation of public construction works, and how to strengthen the national public social and health protection network, which has come under great stress during the pandemic.

There are two interconnected reasons to understand this lack of real debate. First, in Costa Rica, the idea that to become electorally viable you must avoid extremism is deeply ingrained. Thus, most candidates moderate their political positions and avoid divisive topics. Fabricio Alvarado, for example, pushed a divisive campaign organized around conservative family values and lost the 2018 presidential election. In 2022, Alvarado tried a new strategy as the leader of a brand-new party (New Republic), and presented himself as a moderate candidate, emphasizing a technocratic approach to economic policy.

Second, differences are hard to come by when there is a general agreement regarding the diagnosis, as well as the cure, for the country’s social and economic ailments. Apart from the Frente Amplio (Broad Front, FA), which recognizes itself as socialist democratic party, all the parties that received at least 150 thousand votes and elected members to congress stand clearly on the right of the political spectrum. As such, all of them share the view that the national economy’s biggest problem is fiscal and that the solution is to reduce the public sector and promote macroeconomic austerity, not to tax the rich or bet on the domestic market. Socially—except again for the FA—they all follow a very conservative line in terms of women’s and LGBTQI+ rights. With only six members elected to congress, five more than the previous turn, the FA faces a tough fight in slowing down the conservative and liberalizing agenda of whoever reaches the presidency.

The Consensus on the Right

To make sense of how the Costa Rican Right got to this point of electoral dominance, it is necessary to go back to the 1980s and 1990s, when the country, as most of Latin America, entered a neoliberal process of political and economic counterrevolution. Unlike other parts of the region, local Costa Rican elites and their transnational allies were unable to privatize a significant chunk of the public sector, particularly in areas such as health, insurance, and telecommunications. This was a result of both a generalized popular attachment to many of these institutions, as well as the combativeness of a set of weakened, but still significant, public-sector unions. In response, the elites mobilized. Far from “shrinking” the state, the 1990s saw the creation of a parallel state that began to integrate the logic of the neoliberal project into the state’s fabric. They also promoted a discourse in which all the problems of the country—from unemployment and inflation to economic growth—were blamed on the public sector.

This strategy was very successful in orienting the general population’s discontent towards the state and away from the businessmen that saw their fortunes rise in concert with the levels of economic inequality. It also produced the consensus that, for such a small economy, the only way forward was with an open door policy towards transnational capital, with incentives and subsidies for foreign investment and low taxation levels.

As a result, the Costa Rican political spectrum is not divided between left and right, in more traditional terms, but rather, between conservatives and progressives who are divided around issues such as environmental protection, fiscal policy (taxes vs. state cuts), and sexual and reproductive justice. Finally, the lack of strong social movements that can push a party in a certain direction and then hold it accountable for its actions, as in the current cases of Honduras or Chile, means that, for parties like the FA, the political cost of moving away from this right-wing consensus seems very high.

The levels of abstentionism in Costa Rica have been rising since the early 2000s, leading many analysts to propose that democracy might be in danger. However, the diminishing levels of voting have more to do with political economy than with abstract ideas of democracy or the pandemic.

The central feature of the Costa Rican development model is the unequal distribution of benefits and costs between the central region and the peripheries. While the first one concentrates the better jobs, higher levels of human development and coverage of public services, the peripheries house the toxic landscapes of the monocrop plantations and see their youth having to choose between badly paid local jobs, joining the growing illicit economies, or migrating, nationally or abroad, in search of better conditions. Thus, the topics that are usually discussed during the electoral campaigns seem somewhat detached from their everyday reality.

These inequalities between center and periphery tend to be explained in terms of abandonment of rural areas by the state. However, large amounts of public resources, including increasing levels of state violence, are needed to keep the model in place. Thus, it is more accurate to say that these regions are constantly being sacrificed in the name of development. Additionally, for much of the general population, the “patriotic charm,” which resurfaces every four years during the elections and promises and fails to deliver change, is fading.

Since the early 2000s, democracy in Costa Rica has continued to be dominant, but it is also dead. It is dominant because the electoral machine continues to produce trusted results and it remains internationally known as a “full” and consolidated democracy. But in terms of its failed promises to guarantee fair representation and produce a more equal and just society, it is dead. None of this changed in the recent first round, and very little should be expected for the second round.

So far, according to various polls, Chaves has a slight advantage in vote intention over Figueres, with abstentionism expected to be higher than in the first round. Also, both candidates are haunted by scandals and have been more interested in pointing out each other’s weaknesses and controversies than providing a coherent perspective of their future administration. Further, they both have courted the religious conservative right’s vote, as the largest and most cohesive political group that was left out of the second round, with Chaves going as far as declaring war on “gender ideology.” Which in kind has led to protests by feminist and LGBTQI+ organizations. However, it has become increasingly evident that for the Costa Rican electorate priorities lie elsewhere. According to a poll in February, more than 65 percent of those questioned answered that the sexual harassment accusations against Chaves mattered little—or nothing at all—to their vote intentions.

Finally, both candidates are trying to capture the “social-democratic” centrist flag: Figueres appealing to his family and party’s tradition, and Chaves to a strongman, anti-politics and outsider discourse. However, whoever takes office will find themselves under significant political economic constraints. Not only will neither have an important majority in Congress, but they will have to deal with the effects of various policies approved by the outgoing government. Particularly, the entry of Costa Rica to the OECD, with the various reforms that this entails, the coming into effect of the new 36-month agreement with the IMF, and a new and very polemic public-employment law that will probably freeze public sector wages in the midst of growing inflation, and bring the evaluation and selection of public servants under the thumb of the executive power and the Ministry of Planning. Thus, while not much seems to be at play in terms of the general orientation of the country’s political and economic model, whoever comes into power will have to maneuver the current economic and sanitary crisis, in what certainly will become a more polarized and conflictive country. Whether this propels or halts the country’s strepitous rush towards the right, is left to be seen.

Andrés León Araya is an associate professor of political science and anthropology at the University of Costa Rica. His work focusses on monocrops, state formation and authoritarianism in Central America. He is the author of The Coup under the Palm Trees: Agrarian conflict and political power in Honduras (University of Georgia Press, forthcoming).