A study by the Center for In Situ Policy Research details the health, economic, and social impacts of Covid-19 among Latin American immigrants in New York. 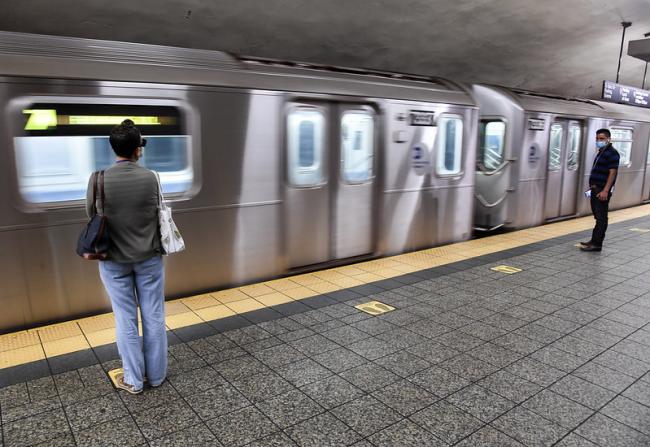 On a bright summer day in late June, dozens of Spanish-speaking women and children awaited the distribution of despensas (food assistance). The line meandered down Market Street and into the parking lot of the Iglesia Hispana Adventista del Séptimo Día (Hispanic Seventh Day Adventist Church) in downtown Poughkeepsie, New York. For the past several months, this scene has also repeated on a weekly basis 20 miles north in Kingston, a quaint city along the Hudson River, and on a regular basis in other communities throughout New York State.

This vignette captures the crude, disheartening reality of the Covid-19 crisis for many Latin American immigrant families throughout New York and the rest of the United States, who have been left without a social safety net during the most severe public health and financial crisis of the past 80 years. Recent analyses by the Pew Research Center, U.S. Centers for Disease Control, The New York Times, and CBS News highlight the disproportionate impact of the pandemic among the U.S. Latinx population and immigrants. However, reports tend to conflate the Latinx population born in the U.S. and those who immigrated from Latin America. Specific, detailed information about the Latin American immigrant population has been lacking.

At the Center for In Situ Policy Research we recently completed a study that sheds light on the devastating consequences of the coronavirus crisis among the Latinx immigrant population of New York City and the rest of New York State. Based on a large household survey, the report details the incidence of Covid-19 symptoms and access to health care, impacts on employment, income, household finances and debt, livelihood and survival strategies used to make ends meet, and effects on the transfer of remittances to immigrants' home countries.

The New York Times recently reported that Hispanics and Latin Americans are three times as likely to become infected and twice as likely to die from the coronavirus as white Americans. The CDC confirms this stark reality, finding that the hospitalization rate of Hispanic or Latino persons has been four times greater than that of non-Hispanic white persons. These patterns are evident in New York, as well, where the COVID Tracking Project reports that “Hispanics or Latinos” comprise 19 percent of the state’s population and approximately 27 percent of coronavirus deaths.

However, our In Situ study reveals that the health impacts among Latinx immigrants in New York have been even more extreme. In one in three households, at least one member of the household has experienced symptoms of Covid-19. However, fully 50 percent of potentially infected persons did not seek testing or receive medical attention. Although many immigrants reported only mild symptoms (37 percent), more than half did not seek health care specifically due to lack of health insurance or fear, often due to a combination of immigration status and the potential costs of treatment. These dual concerns were aptly expressed by a migrant from Mexico residing in New York City, who was only able to afford basic health care:

"Pues. no soy legal y no tengo seguro y mi única opción era el hospital y la visita al CityMD era de $200 y no incluye examen de Covid-19." "Well, I’m not legal and I don’t have insurance and my only option was the hospital and the visit to CityMD (urgent care) was $200, not including the Covid-19 test."

Latinx populations have experienced higher rates of unemployment than the U.S. population at large following the onset of the Covid-19 pandemic. At the height of job losses in April and May 2020, the U.S. Bureau of Labor Statistics estimated unemployment among the U.S. Hispanic or Latino population at between 18 and 19 percent, significantly above the national average of 14 to 15 percent.

The In Situ study, however, indicates that New York’s Latinx immigrants have experienced unemployment levels (69 percent) more than three times greater than the Latinx population in general. Fewer than one in 10 Latin American immigrant workers have managed to maintain their jobs and regular working hours. Nearly one quarter have seen their hours reduced. Since the vast minority of New York’s Latin American immigrant population is ineligible for temporary cash assistance and unemployment benefits, 56 percent of households report suffering a total loss of income.

The widespread loss of employment and income has had a dramatic impact on household finances. As a result of job losses, nearly 40 percent of Latin American immigrant families reported being unable to cover their basic monthly expenses. In addition, many migrant households lack significant savings. More than 40 percent of families reported having absolutely no savings and only five percent of households had sufficient funds to subsist for more than three months. For many families, lost earnings and limited savings translate into increasing reliance on credit cards and greater debt.

Limited savings, lack of access to social assistance programs, and increasing reliance on credit card debt to make ends meet exacerbate the vulnerability of the Latin American immigrant population throughout New York. More than half of immigrant households (51 percent) have been forced to rely on food pantries and periodic entregas de despensas sponsored by community-based organizations, like the church-based event in Poughkeepsie, to meet their nutritional needs.

Many families have also chosen to reduce household spending, delay rent, utility, and debt payments. In some households, adult family members decided to restrict meals for themselves to make sure children receive three meals a day. Other common strategies include relying on family and friends for support and picking up occasional work and odd jobs.

However, when confronted with the prospects of an extended coronavirus crisis, more than 25 percent of Latin American immigrant households were unable to identify a contingency strategy. The response of one Mexican woman living in the Bronx expresses the profound despair experienced by many migrants:

“No sabría cómo, si estos meses han sido muy difíciles. No quiero imaginar que se prolongue más tiempo. Ya no tenemos recursos.”  "I don’t know how, since these months have been very hard. I don’t want to imagine that it [the crisis] will go on longer. We don’t have any resources.

Prior to the onset of the Covid-19 pandemic, the In Situ study indicates that nearly two-thirds of Latin American immigrant households in New York sent a monthly average of $283 to their home countries. In recent months, however, our analysis reveals that the vast majority, 80 percent, have completely stopped sending funds to family members. About one in six migrant families has been forced to reduce their remittances and only four percent of households have been able to maintain their regular cash transfers.

Notwithstanding some debatable evidence to the contrary, In Situ estimates that remittance flows from New York have declined considerably for the vast majority of Latin American households since April 2020. Indeed, this scenario has been confirmed in places like Tehuacán, Mexico, where remittances decreased by 16 percent between January and June 2020. In concrete terms for hundreds of thousands of households throughout Latin America, the demise of regular cash transfers from family members in New York represents not only a loss of income needed to make ends meet, but the severing of a vital financial lifeline to help them cope with the devastating impacts of the Covid-19 pandemic throughout the region.

The In Situ study reveals that the repercussions of the Covid-19 pandemic among Latin American immigrants in New York far surpass those experienced by the U.S. Latinx population and immigrants in general. Limited savings, an increasing reliance on debt, and lack of access to medical attention and social assistance programs have amplified the social and economic impacts of the crisis for Latin American immigrants.

An inadequate policy response at federal, state, and local levels has also increased the vulnerability of New York’s Latin American immigrants. These nearly two million New Yorkers, representing 10 percent of the state’s population, tend to be significantly more vulnerable to the effects of the Covid-19 pandemic than the population at large. Despite this disproportionate burden, Latin American immigrant families do not require special treatment. As our friends, neighbors, co-workers, and fellow New Yorkers, they merely need to count and to be counted regardless of country of origin, ethnicity, and immigration status.

To this end, several community-based organizations, including New York Communities for Change (NYCC) and Make the Road New York (MRNY), have mounted a campaign calling on New York to recognize and support undocumented workers and immigrant families who have not received aid. These advocacy efforts are part of a broader struggle to promote a more just and inclusive social policy agenda on behalf of a group that comprises an increasingly important share of the population, both in New York State, and in the United States, more generally.

James Biles is an Associate Professor at the City University of New York and Director of the Center for In Situ Policy Research.

Alejandro Andrade is a Policy Researcher and Coordinator of Strategic Initiatives at In Situ.