Elements of the current crisis in Cuba and proposed measures to respond. 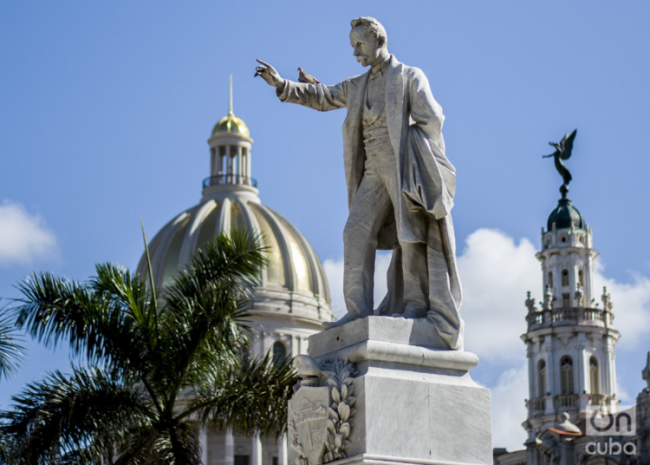 This article was originally published in Spanish and English in On Cuba News.

Cuban president Miguel Díaz-Canel has just called for “the unity of all Cubans, for respect among Cubans, and that we strip ourselves of any feelings of hatred.” Given the concrete circumstances of last Sunday, his statement may be very important.

At the same time, three historic days have already been documented in verified videos that will never be erased from our collective memory. Every effort—civic and patriotic—must be made to process the situation in ways that lead to positive solutions rather than worsen the crisis the nation is undergoing.

Who are the Cuban People?

Article 3 of the Constitution states that the nation’s sovereignty lies in the people “pueblo,” “from whom the State’s power emanates.” This text—approved by 86% of voters—requires us to respect popular sovereignty and fundamental rights.

The constitutional “right to resist” may be used against “anyone who attempts to overthrow the political, social, and economic order established by this Constitution," and use any means. Such an extreme measure requires the prior use of other measures before invoking it.

The first step is to seek political solutions to the protests. Next, declare a state of emergency with guarantees of fundamental rights. To skip over these measures and simply claim the “right to resist” is an illegitimate use of this concept, and it would augur a tragic situation for the nation.

Democratic nationalism—inclusive, anti-imperialist, anti-xenophobic—has been a central element of Cuban history up to the present. Its key element is its popular, non-elite content and meaning. The 19th-century slave owners are no longer in Cuban streets today, nor are the oligarchs of 1912, nor the bourgeoisie of 1952.

The people in the streets today are the Cuban people, or part of it, who belong to the people as much as anyone else, regardless of whether one likes the way they speak, how they act, or how they think. The Cuban people, as a whole, is sovereign. The Cuban state must listen to, respect, and protect the people.

An extremist sector of the Cuban exile community in the United States has called for U.S. intervention. They finance violent acts, deliberately spread fake news, and encourage people to commit arson, loot property, kill police officers, and join the battle from their cell phone trenches. However this situation works out, and whatever the suffering endured by people in Cuba, those extremists will stay where they are.

That line of thought—which by no means represents all exiles, and much less the Cuban diaspora—will do whatever it takes to achieve its version of “it’s over.” In my opinion, it is absolutely essential to distance ourselves from and oppose the agenda of that so called Cuban patriotic sector, no matter how radical the objections against the State and the conditions on the island.

Under no circumstances does that sector explain why the protests as a whole took place nor should its agenda be automatically projected on all protesters. It is important to distinguish and separate the instrumental use of these calls to civic violence from the current popular demands and actors that are part of this situation, and to recognize the full range of competing demands.

Intervention itself is absolutely unacceptable. But beyond its real possibility, the mere perception of the threat of intervention promotes the closure of all potential criticism of the domestic arena, reorienting attention toward the unified defense of the nation from an external threat, and justifiably so.

Cuba has major problems with U.S. policies, but it also has problems that are internal, and it is essential that space be created to face them.

The United States and the Soft Coup

President Biden has upheld the existing policies of sanctions, and has left them unchanged even in the midst of the most serious phase of the Covid-19 pandemic thus far. The embargo is an affront to the Cuban nation. Strictly colonial in nature, it is a crime against the Cuban people. Biden's attitude contradicts the very policy that he advocated during the Obama administration, claiming that new objectives could not be achieved by using the same failed means.

Anyone who thinks that this situation begins and ends here, or that it can only be explained as a "soft coup," confuses the core of the problem.

The project of promoting a soft coup has been present in various situations around the world. If there are any confirmed agents working to that end in Cuba, they must answer for putting themselves at the service of a foreign power. But the entire social protest should not be depicted as if it were just a product of such an effort.

The excessive use of this approach carries a great political danger: it leaves no room for the legitimacy of social demands expressed through protest. That interpretation can only lead to the repression of all protests. Moreover, the act of recognizing the legitimacy of the demands at stake today would be a serious blow to any claim that this is a soft coup.

What Can be Done

Several things can and should be done right now. The recommendations I share stem from a sense of urgency and the need to be useful. They are surely insufficient, though not irrelevant.

Immediately halt all police repression against the unarmed population which expresses itself peacefully. Contain violent civil actions taken against people and property, using norms of proportionality and clear rules of responsibility. Prohibit the use of lethal weapons except in the case of the imminent danger of death to any person. Members of the military should not be on the streets in civilian clothing. People should not be called to report to work centers, military service units, etc., to participate in violent acts against protesters.

At the same time, take the following measures: prosecute only those people who have committed serious crimes against other people or property, taking into account the seriousness of the harm these actions caused and the context in which they occurred; promise, with guarantees, a review of police actions and serious sanctions for cases of excess force; offer specific information on detainees; withdraw charges for all peaceful protesters; and provide due process for civilians who have committed violent acts with damages as defined by the law; ensure internet service; provide “fake-news” verification services; call for social peace, in the strongest sense, including the expansion and application of rights of participation and expression, such as the right to peaceful demonstration.

In addition, it is urgent to advance the legislative plans for all pending laws related to civic and political rights. These should be immediately accelerated and implemented, providing precise information on timetables, as well as measures of their popular benefit, such as promoting nation-wide food-producing initiatives. Long-term investments should be temporarily suspended and resources reallocated to emergency social plans (measures of this nature have already been announced, but much more is needed). Improved special social protection measures must be directed toward the most disadvantaged sectors of the population, such as the elderly, single-person low-income households, single mothers, and the most impoverished neighborhoods. There should be customs exemptions for imported basic necessities, and the acceleration of the review and acceptance of demands of Cuban emigrants regarding their rights in and pertaining to the country.

We now know that Diubis Laurencio Tejeda died in these protests. For years it was often said that the “first death” would benefit the official U.S. agenda of aggression against Cuba, but something else antecedes this: the revolutionary ethic of life is such that a single death is intolerable, no matter on which “side,” or whoever “benefits” from the death.

Part of this ethic lies in asking oneself to examine seriously the causes of political rage and radical hatred that we have seen throughout the country, beyond using labels such as the “same old haters,” or the “habitual mercenaries,” which only serve to stigmatize people and to cover up and reproduce the problems.

Peaceful protest is a right, while attacking people or collective property is not. All revolutionaries have the right to defend their convictions, also peacefully. We don’t need soft coups nor embargos, but we do need democratization. As José Martí once said: “bread and freedom,” as the verse says, they are either saved together, or both are lost.

Julio César Guanche is the author of  La libertad como destino: Ideas y tradiciones en el siglo XX cubano and other books. He serves on the editorial boards of the journals Cuban Studies and Temas.