With Cubans Speaking Out, How Will the Left Respond?

The protests beginning July 11 in Cuba are forcing the Latin American Left to examine their unconditional support of the Cuban government. 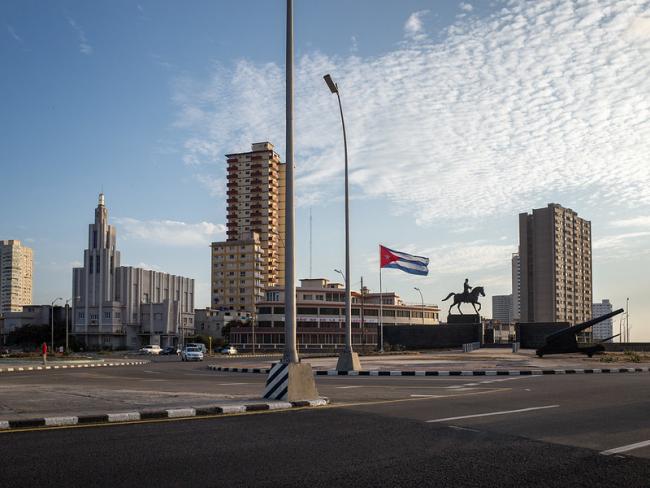 In one of many videos circulating on social media of the protests that began in Cuba on July 11—despite the Cuban government’s attempt to push their version of events—an 81-year-old woman yells at a cell phone camera, “For over 60 years, we’ve been lied to and cheated, and this must end. We’re taking off the cloak of silence.”

Taking off the cloak of silence is probably the best metaphor to describe what thousands of Cubans were doing in the streets on July 11 and continue doing. The significance of these protests cannot be exaggerated; they are the biggest and most radical expression of discontent in a 62-year-process that the ruling elite call a revolution, although little remains of the original revolutionary impulse except the name.

To attribute the cause of the protests, it is necessary to look not to the worsening economic crisis and the decrease in tourism resulting from Covid-19, but instead at the ongoing process of economic, social, and political impoverishment. Although it is difficult to pinpoint the origins of the situation, key precursors include the crisis that followed the fall of socialism, the physical disappearance of charismatic leader Fidel Castro, and the economic reforms encompassed under President Miguel Díaz Canel’s “restructuring.” Throughout all of these shifts, the country’s economic and political structure has remained more or less intact. A soviet model of economic control has concentrated wealth in the hands of government-run corporations, exacerbated unstable living conditions for much of the Cuban population, and hindered non-state controlled economic growth, including sustainable popular and community economies.

These protests are rooted in an enduring tradition of resistance, dissent, and opposition to the equally long-standing totalitarian Cuban government. Since November 2020, the 27N and Movimiento San Isidro (MSI) movements have changed the island’s political landscape and civil society by insisting on “the right to have rights.” The state responded to those efforts by intensifying repression and criminalizing dissent.

In recent years, economic restructuring has disrupted the Cuban social contract, which maintains that the population will be protected and have equal access to basic services like health, education, and social security—what the official rhetoric calls “the accomplishments of socialism.” Daily life in Cuba has become unbearable for a majority who don’t have dollars and are unable to shop at stores that accept this currency. Stores operating in local currency are often unable to stock essential products.

Even as living conditions worsen on the island, the image of Cuba, as the lighthouse of the Americas and a model for many anti-capitalist and anti-imperialist movements, has remained intact. The Cuban media machine has contributed to the Left’s ongoing voluntary blindness, which mobilizes immediately against neoliberal excess, but remains conveniently silent about similar excess in self-proclaimed leftist regimes, like Cuba and Venezuela. These regimes, contrary to how they describe themselves, act like capitalist economies controlled by authoritarian states that become openly dictatorial when left to their own devices.

The complacent Left, for which Cuba has been the ideal mirror against which to contrast its desires, pointed to public education and health, and a basic (although minimal) social security structure, sovereign resistance despite the U.S. blockade, and the essentially humanist character of a government that could be proud of not having a history of violent repression.

These three arguments are questionable, although the news media and critical analyses tend not to question them, favoring instead the Cuban government. Time and again, we Cubans that live in Latin America have felt compelled to explain, usually to deaf ears, the systemic crisis of education and health, the collapsed social security system, and the unstable living conditions that most of the population suffers. This with the rise of the military bourgeoisie that controls the Cuban economy and the use of the blockade rhetoric to avoid responsibility for an economic model that is inherently ineffective in creating permanent poverty. It will be necessary to explain it again: the North American embargo, no, the blockade, that the whole world uses as an ideological marker but few really understand from a legal standpoint, has affected the Cuban economy. But, the North American blockade isn’t responsible for the island’s economic downfall. Instead that is a result of the powerful elite’s iron grip and stockpiling. So, although the blockade should be eliminated out of principle, it shouldn’t be used as the definitive explanation of Cuban people’s ongoing hardships.

But above all, as Cubans, we find we have to explain again and again that the absolute lack of freedoms available to us cannot and should not be justified for any reason. The situation requires paying too high a price for supposed “achievements” that have never managed to cover the basic necessities to make daily life worth living. There’s something sick in all this; a supposed Cuban exceptionalism that I hear expressed today with frightening normality: “Cuban’s lack of freedoms is the price that they pay for their sovereignty.” Cuban exceptionalism says that we Cubans should tolerate things that no one who supports the Cuban regime would support in their own country, like having the same government run by the same party for six decades, or the inability to speak out, organize, and protest publicly. The moral weight that this demand should imply is minimized by the “benign” government narrative that at least no one is killed, and that, as I’ve been repeatedly told, “it’s not that bad because if it were, people would take to the streets.”

On July 11, 2021, finally, contrary to all predictions, the Cuban people took to the streets. That very day they started to take down the last strongholds of the narrative.

Independent of ideological persuasion, many Cubans demonstrated that when life becomes impossible to live, the only alternative is to take to the streets, even if the streets are “for the revolutionaries” (as the regime proclaims) and occupying them is prohibited and a punishable offense. But Cubans were fed up.

Cuba isn’t that different from what José Martí called “our painful American republics.” When Cubans reached their breaking point, they took to the streets, like in Chile, like in Colombia. And when they took to the streets—like in Chile, like in Colombia—the government responded with overt repression and prioritized state privileges over the social order. Instead of recognizing the people’s grievances, the state chose to repress. In Cuba’s case, this has been aggravated by the fact that the state response was presented as a “revolutionary” call to arms against the supposed mercenary group, who deserved to be met with violence. “The order to fight has been given, revolutionaries to the streets,” were the exact words.

What was and continues to be different is that much of the Latin American Left, with a few noteworthy exceptions, did not stand up for Cuba as they did for Chile. They didn’t recognize that what boiled in the streets was a longstanding underlying grievance that finally emerged, spontaneously, chaotically, legitimately. They didn’t accept that this popular insurrection expresses a common understanding. And to make matters worse, they took the oppressor’s side. They did that which, as the Left, they should never do. In addition to a commitment to social justice and the ideal of a decent life for all, what defines the Left is the decision to never take the oppressor’s side.

Those who call themselves the Latin American Left today will have to decide what to do with their words, which conceal the spectacular fall of the narrative of a submissive people and a benign government. Will they continue to empty their words of meaning or uphold their principles? They will have to decide, for example, how they define revolution, people, sovereignty, freedom, and what type of world they want to build when they use these words. They will have to decide if they will honor an unfounded structure that collapses in the face of evidence or will put their bodies on the line to demand the right to a better life. And they will also have to decide when to stay silent, because silence in the face of injustice is complicity. Something much larger than just Cuba was disrupted on July 11 on the island. Will the cloak of silence also be broken beyond Cuba’s borders?