Now available in English from Charco Press, Selva Almada’s journalistic novel chronicles the cases of three women who grew up in the interior of Argentina and were murdered during her youth. 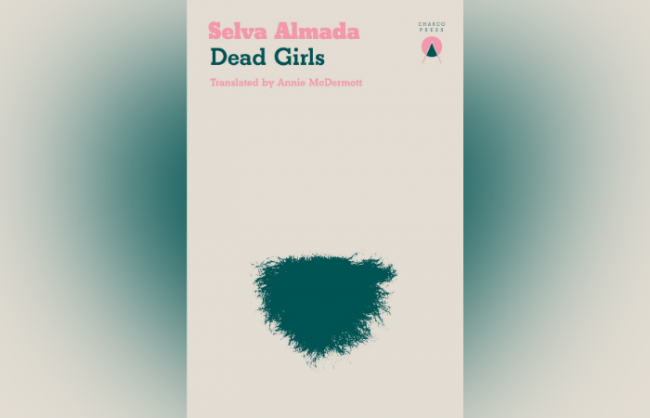 Near the close of her 2014 book Dead Girls, author Selva Almada opens a chapter with the line, “The violent death of a young person, in a small community, is always a shock” (119). A shock perhaps, but, as the reader understands by the end of Dead Girls, definitely not a surprise. Recently translated by Annie McDermott, the book was published by Charco Press in 2020, a relatively new imprint in Europe that translates experimental and independent Latin American authors including Daniel Saldaña-París and Brenda Lozano.

Dead Girls uses first person accounts of family members and Almada’s own experience of growing up in a world where young girls in rural Argentina are routinely murdered to show how their brutal deaths are transformed into the quotidian while fundamentally shaping the lives of adolescent females.

The translation of Dead Girls gives English language readers a new opportunity to access Latin American writing that contends with the persistent violence against women in the region. While long documented in journalism and the social sciences, this journalistic fiction offers a unique entryway into questions of representation of violence and mourning. Though it follows in the tradition of authors like Fernanda Melchor, Brenda Navarro, and Alicia Gaspar de Alba, it charts its own path, turning the gaze not towards the dead women but towards the reader’s desire that seeks them out.

In Dead Girls, Almada chronicles the cases of three women who grew up in the interior of Argentina and were murdered during her youth. Using archival materials like radio stories and newspaper clippings, testimonials from those in some way related to the three girls, and accounts of her own experience, she skillfully reconstructs not only the killings but what it was like to live in the midst of these harrowing events. Part coming-of-age, part detective work, partly a web of rumors, Almada’s story fuses a variety of genres to create a work that splits the seams of personal narrative, journalism, and fiction. While the women are all named and their deaths described largely as the result of gendered relationships, Almada never outright mentions “feminicidio.” The book is less concerned with the state’s impunity and systematic erasure of these deaths and more interested in how these murders shape the contours of life for these families and the young women who grow up with the threat of death hanging over them.

The three women were murdered in the 1980s in post-dictatorial Argentina, just at the close of the Dirty War. The first to die was María Luisa Quevado, a 15-year-old killed in 1983 just as she begins work as a maid. Three years later, 19-year-old student Andrea Danne is found stabbed to death in her bed in San José. Sarita Mundín, a 20-year-old sex worker, disappears in 1988; her remains were found on the banks of the Tcalamochita river nine months later. All three murders remain unresolved, and Almada contrasts the optimism of the return to democracy with the attempts to hide these stories. Against the tragedy of these deaths, there are related issues that are featured prominently—the exhumation of unidentified remains and the disappearance of young children during the dictatorship.

The value of Dead Girls does not lay solely in the search for answers. Instead, in a kind of mired bildungsroman, like Jeffrey Eugenides’ The Virgin Suicides, the dramatic arc follows Almada’s experience of coming to terms with the fact of death. “I didn’t know a woman could be killed simply for being a woman,” Almada writes, “but I’d heard stories that gradually, over time, I pieced together. Stories that didn’t end in the woman’s death, but that saw her subjected to misogyny, abuse and contempt.” Her coming-of-age is also a coming-to-terms with the fungibility of female life at this time–an attempt to make sense of the senseless while slowly grasping that she too could easily become a victim. She recalls in vivid detail how scrapes with death were central to her adolescence and how this in turn generated a sense that it was a woman’s duty to protect herself, lest she be deemed responsible for her death:

“I don’t remember a specific conversation about violence against women, or any particular warning from my mother on the subject. But the topic was always there. I was there when we talked about Marta, the neighbour whose husband used to beat her[…]”

The slow psychological violence of living in this type of fear takes shape throughout Dead Girls and is related to other forms of misogyny: “Alongside these situations sat other, more minor examples. My friend’s mum, who never wore make-up because her husband wouldn’t let her.”

Almada shows how death ages those around them, tainting and staining the memories of youth. Early in the book Almada announces, “For more than twenty years, Andrea was always close by. She returned with the news of every other dead woman.” She is the first we learn about.

Years later, when Almada goes to the San José cemetery searching for Andrea Danne’s plot, she hears laughter by the walls of the tombs, and follows it to find two young girls. She asks them if they’ve seen the plot. The young girl says, “Yeah, the one who got killed in her house,” knowing immediately who Andrea is and the manner of her death. The girl recounts how she used to come play in the cemetery, surrounded by these names and their stories, her childhood haunted by the memory of these women she never personally knew. The memory of Andrea is animated with each new death, evincing the silent and corrosive power of death to transform the living into heralds of death.

While some speak these stories to Almada and loudly share their fears, others “signaled for her to lower her voice, or who gestured at us children, murmuring in the usual code: Careful, there’s laundry hanging up… as if saying those things were like saying dirty words, or worse, as if they were source of unimaginable shame.” The silence of the state finds its match in the silence that pervades her community. People avoid talk of the violence against women at all turns, and when they do speak of it, often it takes the form of whispered rumor.

We follow Almada’s search for her own answers like a detective, though the evidence she assembles speaks to her own unique methods. Partway through the novel she visits a tarot reader to find answers to the murders, deciding gender to be a messy substitute for a reason to kill.

What she finds when she looks is often absence: “There’s never any sign of Sarita in the tarot, either alive or dead. She’s the only one of the three who never speaks. The Señora says she feels that Sarita is alive, or at least that she was until recently.” These perhaps illegitimate sources of information corroborate rumors when other forms of evidence are not available. At some point she tries to distance herself from this search, explaining that she’s worried the tarot reader “hasn’t understood that it’s not me I want to find out about but María Luisa, Andrea and Sarita. I don’t want to know my future. I don’t want her to dredge up my past.” And yet, as the story unfolds, we find that her own story becomes theirs: their deaths form the backdrop of her coming-of-age in such a way that she’s unable to disentangle herself from theirs. The result is that we learn more about the experience of being surrounded by commonplace violence than about the acts of violence themselves.

In “Venus in Two Acts,” literary scholar Saidiya Hartman writes about the experience of mining these absences for answers, writing that her account places “yet another demand upon the girl, by requiring that the life be made useful or instructive, by finding in it a lesson for our future or a hope for history.” In her reading of the absences of young girls in the archive of the Black Atlantic, she explains how the very search for their stories instrumentalizes their lives for the author or researcher’s own ends, thereby implicating them in the epistemic violence she tries to undo in her writing. By centering her own experience, Almada requires less work from the dead girls. She avoids forcing them to represent their deaths or the larger issue of feminicidio and instead focuses on the shape her own life takes in the aftermath of their murders.

But Almada does not only turn the lens onto herself–she turns it on the reader as well. In reminding us of the aestheticization of death and the way women are reduced to images, she makes the reader question their own desire for pictures of the dead. When she describes a photo of María Luisa showing “the body of a woman floating in the water,” she recalls the paintings by John Millais which feature the dead Ophelia from Hamlet. This floating figure, often sexualized and characterized as mad, pervades the cultural sphere, always deemed innocent but too otherworldly for this world. Like Hamlet’s Ophelia, the girls in Almada’s Dead Girls are silenced by the men around them.

And yet Almada probes the aestheticization of these girls to find another image of them, not the ones in the photos but the images generated by others: “I think we have to find a way of reconstructing how the world saw them. If we can understand how people saw the girls, we’ll be able to understand how they saw the world.” Pulling the reader in, she questions our understanding and our own desire to know how others saw them to “make sense” of this cruelty, alerting us to our search for logic even in the moments bereft of it.

At the end, we as readers are left with the psychological violence of feeling like the victims were interchangeable. In the epilogue, Almada writes, “We’re in the summer now and it’s hot, almost like the morning of November 16th, 1986 when, in a way, this book began to be written, when the dead girl crossed my path. Now I’m forty and, unlike her and the thousands of women murdered in my country since then, I’m still alive.” Turning her steady gaze on the reader, she succinctly but devastatingly makes her point: “Purely a matter of luck.”

Andrea Penman-Lomeli is a Ph.D. student in English at Columbia University and works in communications at SEIU Local 32BJ.