After The Cold War In The Wake Of Terror: Bush II in the Americas 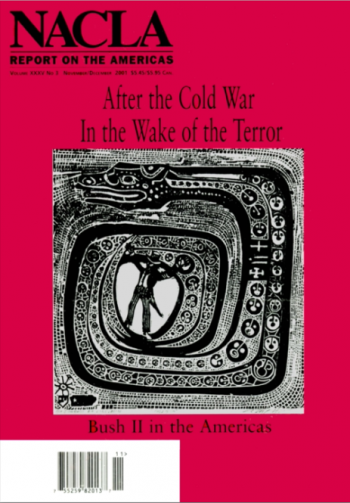 This is the second in a series of three reports that examine U.S.-Latin American relations after the Cold War. As we go to press in late October, there is a compelling sense that to the phrase "after the Cold War," we must add the words "in the wake of the terror." While as Kate Doyle and Adam Isacson comment in this Report, "an image of our new new world order has yet to emerge," there are some early signs that the Bush administration’s attitude toward Latin America may be shifting, and that these shifts could have a significant effect on things to come.