Beyond Revolution: Nicaragua and El Salvador in a New Era 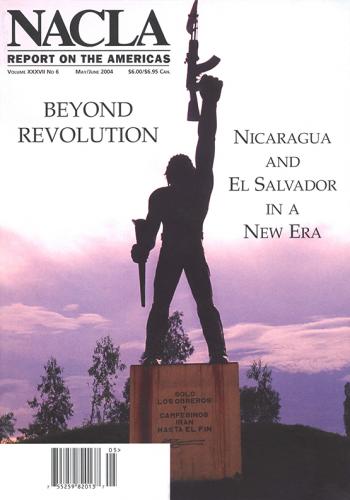 The July 1979 Sandinista victory in Nicaragua astonished the world. The triumph of the popular social revolution triggered a widespread reevaluation of what is possible in the cause for social justice. But a particularly prescient 1980 NACLA Report warned that any assessment of the Revolution's prospects must consider "the country's position in the global structure—its relation to economic and political structures it does not control."

With 25 years of hindsight on this anniversary of the Revolution, that statement succinctly describes where this NACLA Report picks up the historical thread. We reflect on the acquiescence of the nationalist revolutionary struggles in Nicaragua and El Salvador to the transnational neoliberal project. Mainly, how is it possible that these two countries, defined in many ways by their struggle for national liberation, have so clearly abandoned that possibility?