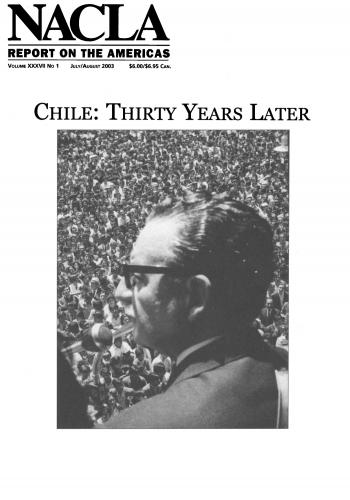 The historical importance of Salvador Allende's Popular Unity (UP) coalition, which governed Chile following its electoral triumph in 1970 until its overthrow by Chile's military on September 11, 1973, cannot be overstated. The Popular Unity government represented the first attempt anywhere to build a genuinely democratic transition to socialism-a socialism that, owing to its origins, might be guided not by authoritarian bureaucracy, but by democratic self-rule. On this, the 30th anniversary of the coup led by General Pinochet and underwritten by the Nixon White House, we remember the UP project, assess its legacy, and examine some of the central aspects of Chile today.