Cops: The Rise of Crime, Disorder and Authoritarian Policing 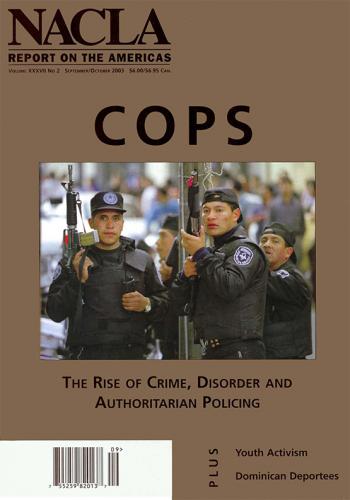 Last year, New York City's famous former mayor, Rudolph Giuliani, a proponent of tough punishments for minor infractions and hardline policing without civilian oversight—the zero tolerance approach to law enforcement—was invited by Mexico City's progressive mayor, Andrés Manuel López Obrador, to consult with the city government about its efforts to bring crime under control. Why would an advocate of unsupervised policing with no civilian review be hired to advise a leftist mayor in a city where the police are known to be responsible for half the crime? Giuliani's arrival in Mexico City draws attention to a bewildering paradox of mistaken origins and misguided solutions-a paradox that guides this NACLA Report on Crime, Disorder and Authoritarian Policing.