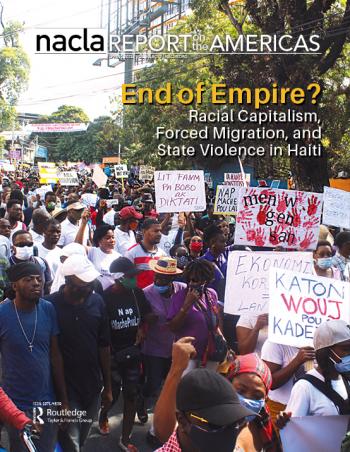 In the two oldest nations in the Americas, born of revolution, the processes of state violence in all its forms are symptoms of the structural inequalities of racial capitalism. The United States and Haiti also share a history: The United States transformed into a global superpower as a result of France losing its “pearl of the Caribbean.” The Haitian Revolution and first constitution offered amnesty and citizenship to any person seeking freedom from slavery. Slaveholding powers, particularly the United States, systematically punished Haiti for this precocious assertion that Black Lives Matter. Industrial capitalism was built on Caribbean sugar plantations, which is to say on slavery.

The situation in Haiti is directly connected to U.S. Empire. It is at the other end of racial capitalism’s brutal accumulation and the repressive state apparatus necessary to maintain it. To look at the situation in Haiti is to look at U.S. Empire, and vice versa. As Empire’s decline triggers fascist efforts to cling to power, these states sanction ongoing police brutality and paramilitary terror against dissenting Black bodies, embodied in white vigilantes or militias in the United States and neighborhood-based gangs in Haiti. At the same time, both states have rendered women and LGBTQI+ people more vulnerable.

This issue of the NACLA Report provides timely and necessary analysis of leading issues concerning Haiti and a warning about emergent imperialist strategies. It centers the experiences and perspectives of Haitians on the island and in the diaspora as “traditional” and “organic” intellectuals, in Antonio Gramsci’s terminology. It also features pieces from key U.S.-based Haiti solidarity scholar-activists.

Read the full editors' introduction to this issue. 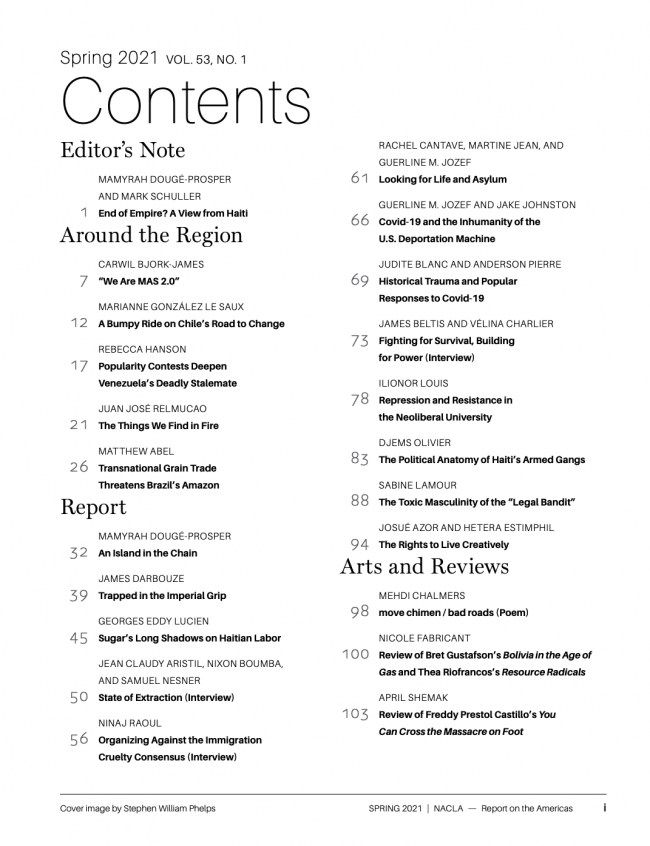 The complete issue is accessible online via an institutional subscription to NACLA.