Global Finance in the Americas: Wealth and Hunger Revisited 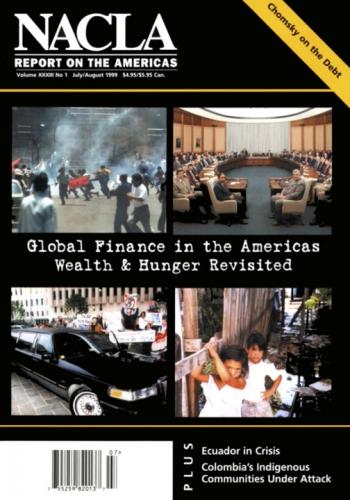 A coalition of groups has now arisen to do battle with the underdeveloped world's huge, unpayable foreign debt. Because of the key role of the debt in the process which defines both the nature and the limits of contemporary economic development, this coalition, called Jubilee 2000, has set in motion a process which calls into question the entire set of financial relationships that now define North and South, and the relations between the wealthy and the impoverished. This NACLA Report examines those relations, some of their consequences, and some of the opposition they have engendered.