Guns: The Small Arms Trade in the Americas 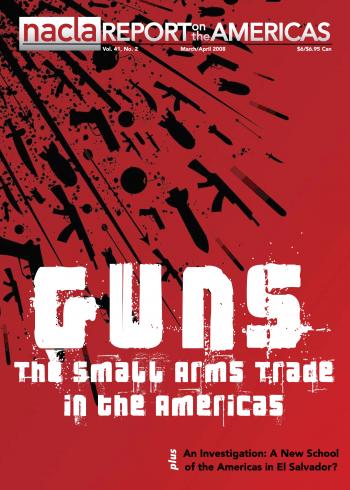 Gun violence has plagued Latin America since the early days of the colonial era. In June, archaeologists excavating an old Inca cemetery near Lima found a skull marred by a pair of small, round holes—­evidence of the oldest gunshot victim in the Americas yet discovered. The musket, in this case likely fired during the final battle for the Incan empire in 1536, was brought over by the Spaniards, and in a sense, the invasion of gun technology continues: In the last three decades, thousands upon thousands of small arms have inundated the region. According to the World Health Organization, between 73,000 and 90,000 people in Latin America and the Caribbean are shot to death each year, as Rachel Stohl and David Tuttle note in this issue’s opening piece. In a seeming paradox, gun violence in many countries in the region has actually increased since the cessation of formal warfare.