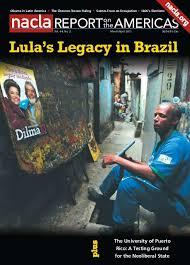 According to an old Brazilian joke, “Brazil is the country of the future—and always will be.” But the future may have finally arrived with the presidency of Luiz Inácio Lula da Silva (2003–10). Under Lula, Brazil seemed to have reached one of those moments in history when a society enters a new epoch. Brazil’s new epoch may be identified with an individual, perhaps fairly, perhaps not. An individual can be a catalyst for major changes but can also benefit from timing, getting credit for changes that come to a head just in time to cast up a hero. How much credit can Lula and his administration take? In this Report we consider that question.