Media In The Americas 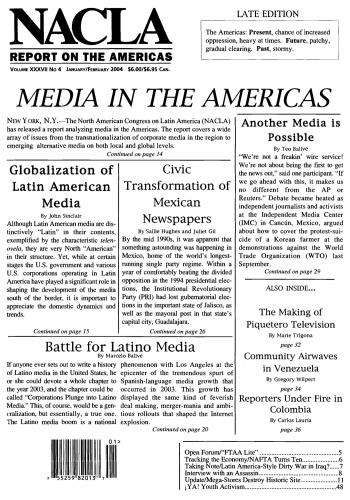 An oft quoted statement by Eduardo Galeano nicely sums up the central theme of this NACLA Report and deserves to be quoted at length: "Never have so many been held incommunicado by so few. More and more have the right to hear and see, but fewer and fewer have the privilege of informing, giving their opinion and creating. The dictatorship of the single word and the single image, much more devastating than that of the single party, is imposing a life whose exemplary citizen is a docile consumer and passive spectator." Indeed, Latin America's commercial media remain in the hands of a minute clique of dominant corporations. But along with the increasing consolidation of ownership in this sector—or perhaps because of this consolidation-there are emerging alternative media in several countries. In this NACLA Report we look at these recent changes that, in some ways for better and in others for worse, are transforming the media landscape throughout the Americas.