Social Movements: Building from the Ground Up 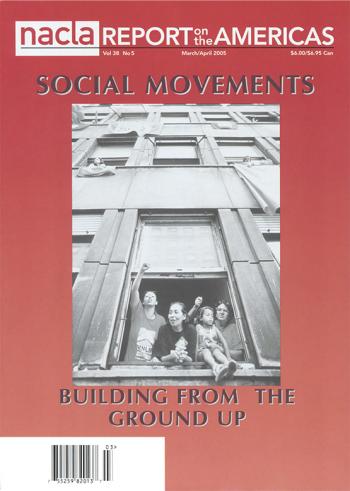 One of the major contradictions in the Americas today is that between the included and the excluded—those who can regularly participate in the formal institutions of society, politics and the economy, and those who are able to do so only intermittently, or not at all. This Report examines the self-organization of the excluded into movements struggling for inclusion, and for the creation of “another world” within which that inclusion is possible. Despite their great diversity, what unites the movements considered in this Report is their common global perspective: their loose integration into a broader global movement fighting against a world order called “neoliberal.” They have been drawn, that is, into global debates about democratic change, universal social justice and meaningful political participation.