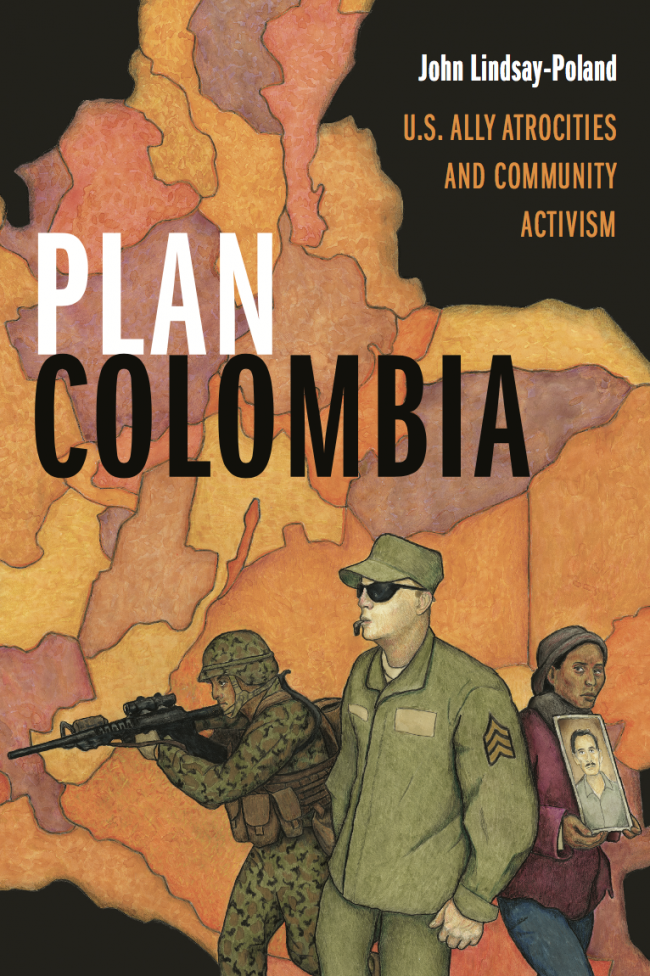 This event is cosponsored by NACLA, CLACS at NYU, Colombia Check, the Hagop Kevorkian Center for Near Eastern Studies at NYU, and the Colombia Studies Group at the CUNY Graduate Center.

For more than fifty years, the United States supported the Colombian military in a war that cost over 200,000 lives. During a single period of heightened U.S. assistance known as Plan Colombia, the Colombian military killed more than 5,000 civilians. In Plan Colombia John Lindsay-Poland narrates a 2005 massacre in the San José de Apartadó Peace Community and the subsequent investigation, official cover-up, and response from the international community. He examines how the multibillion-dollar U.S. military aid and official indifference contributed to the Colombian military's atrocities. Drawing on his human rights activism and interviews with military officers, community members, and human rights defenders, Lindsay-Poland describes grassroots initiatives in Colombia and the United States that resisted militarized policy and created alternatives to war. Although they had few resources, these initiatives offered models for constructing just and peaceful relationships between the United States and other nations. Yet, despite the civilian death toll and documented atrocities, Washington, DC, considered Plan Colombia's counterinsurgency campaign to be so successful that it became the dominant blueprint for U.S. military intervention around the world.