Join us for a conversation that will explore themes in Vanessa Freije's latest book, Citizens of Scandal: Journalism, Secrecy, and the Politics of Reckoning in Mexico. Please note, this event will be available in English and Spanish through simultaneous translation. Co-organized with the CLACS at NYU. Free and open to the public. Register via Eventbrite.

Mexico is one of the world’s most dangerous countries for journalists, and murders against media workers have only increased under the presidency of Andrés Manuel López Obrador. This event brings together scholars and journalists from Canada, Mexico, and the United States to discuss how the historical development of Mexican media, and the use of scandal as a mode of politics, has shaped the challenges and promises for Mexican journalists reporting today. In addition to considering the dangerous conditions under which reporters work, participants will discuss questions of representation and access: which stories make it to audiences and whose concerns get represented? The conversation will explore these and other pressing issues concerning Mexican journalism through a conversation about the recently published book by Vanessa Freije Citizens of Scandal: Journalism, Secrecy, and the Politics of Reckoning in Mexico (Duke University Press).

Vanessa Freije is an Assistant Professor of International Studies at the University of Washington and the author of Citizens of Scandal: Journalism, Secrecy, and the Politics of Reckoning in Mexico (Duke University Press, 2020).

Dawn Marie Paley is a journalist and researcher based in Puebla, Mexico. She's a columnist with La Jornada and edits an English newsletter for Pie de Página in Mexico City. Her books Drug War Capitalism and Guerra Neoliberal: Desaparición y búsqueda en el norte de México encourage readers to consider violence in Mexico within the framework of social control and capitalist expansion.

Lizbeth Hernández is a Mexican freelance journalist, editor and photographer, who identifies as a lesbian. As a reporter and photographer, she has focused on social movements, human rights, feminisms, and the LGBTI+ agenda. Since 2011 she has covered feminist and LGBTI + mobilizations and actions in Mexico City and the state of Mexico, mainly. She has given workshops on feminist journalism in Mexico and El Salvador. 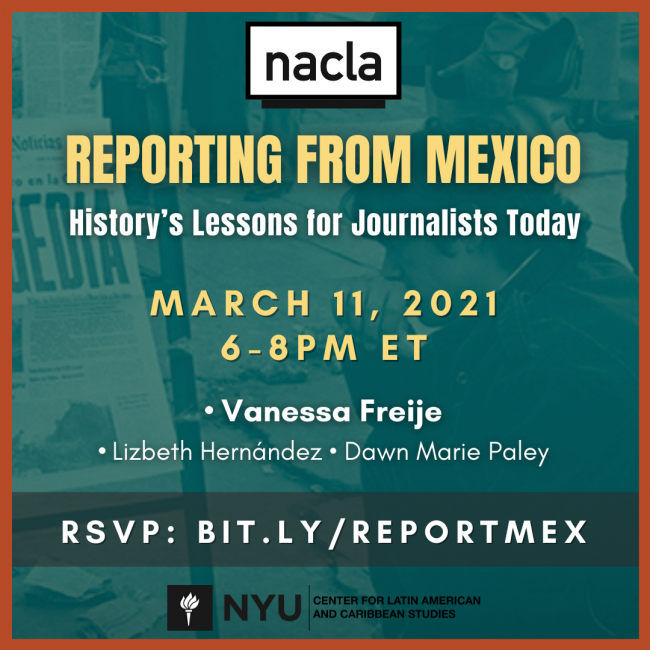