May 20: Revolt and Uncertainty in Chile: Songs and Poetry of Struggle with Chilean Singer-Songwriter Nano Stern

The Center for Latin American and Caribbean Studies presents a special musical performance and conversation with Chilean singer-songwriter Nano Stern on activism, poetry, and music from Chile's ongoing uprisings. Moderated by Thomas Kruse. 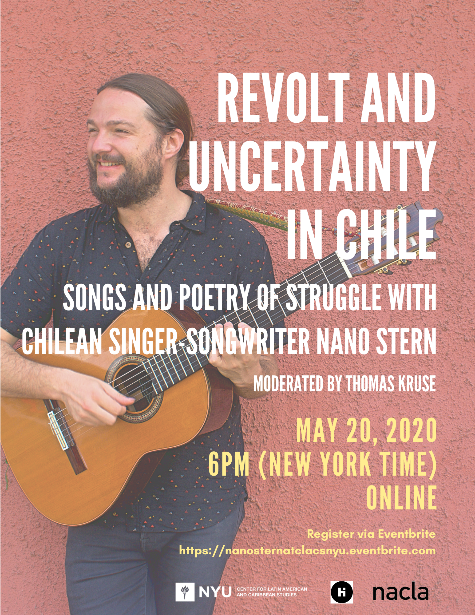 Nano Stern's path as an artist follows richly crafted song lines laid by his family and his Chilean musical ancestry and unites those with a sound utterly fresh and relevant. The confluence of recent student and environmental political events in his home country Chile and Nano's rise as an articulate writer and performer have, much to his chagrin, positioned him as the voice of a newly politicized Chilean generation.

Political, outspoken, and passionate, Chilean singer-songwriter and activist Nano Stern has created his own musical language—an otherwordly sound that blends the youthful exuberance of folk music mixed with years of classical and jazz training against the powerful force of traditional Chilean revolutionary songs. What has emerged is a brilliantly layered confluence of Indigenous, African, European, and North and South American musical influences that reverberate with a soulfulness and originality unlike any other South American artist performing today.

There is a rare power and beauty to a Nano Stern performance. His contagious personal energy and his fluency in English allows Nano to warmly include his international audiences in the stories of his Spanish songs.

Praised by folk legend Joan Baez as "the best young Chilean songwriter of his generations," Stern is skilled across a range of instruments and languages and unites his talents to create a sound both utterly fresh and relevant. Nano's closest companions on stage remain simply his guitar and staggering vocals.

"Stern's appearance produced the kind of lighting you could have experienced in the '60s when everything seemed possible and hope was in the air." —The New York Times

Thomas Kruse is the Program Director at Rockefeller Brothers Fund, and adjunct professor at The New School. 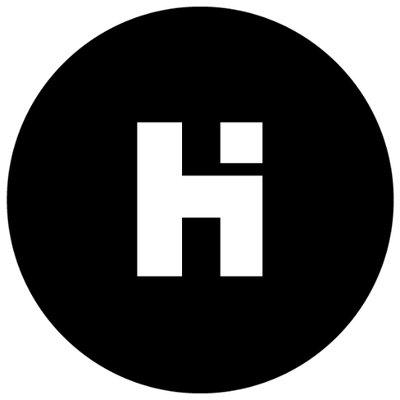