From strengthening their bonds with their readers to redefining their workflows, newsrooms in the region are determined to keep their editorial work going despite media monopolies, and organizational or financial challenges. 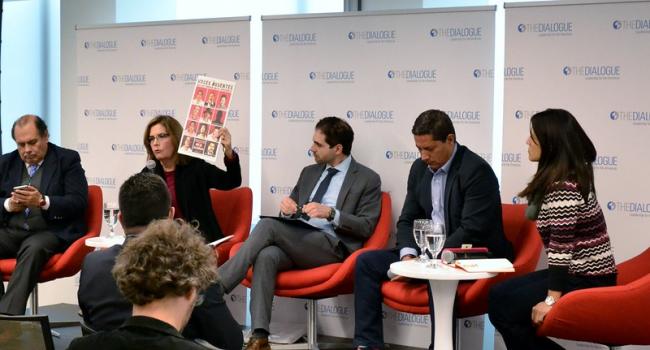 It’s not news that the news industry is struggling. Media ecosystems around the globe are undergoing transformations and dealing with crises. And while established organizations are struggling to adapt to the digital universe, independent media born in the digital era are struggling to become sustainable and survive in a competitive algorithm-based environment monopolized by bigger media.

Journalism In Latin American countries faces additional challenges. In Argentina, small media struggle to meet their needs with an annual inflation that exceeded 40 percent in the last three years, while journalists in Mexico, Brazil, and Colombia work amid violence and despite threats to their freedom of expression. In addition, reports show that news distribution in the region is still under the power of very few media groups: media has become another player in the board of geopolitics, and corporations won’t concede their power.

More than ever, independent journalism plays a key social role in Latin America. According to the Inflection Point study carried out by nonprofit SembraMedia, outlets reported that, according to their impact trackers, their work helped to increase civic engagement, inspired audience members to participate in protest demonstrations in person or through online activism, and contributed to changing laws or the legal system. In this way, local coverage is a means of safeguarding democracies and freedom of expression in the region, and it is imperative that news organizations develop successful strategies for tackling the challenges—like achieving financial sustainability and establishing protocols to guarantee worker safety—that they face.

There are several programs helping strengthen and stabilize media organizations. One of these is Velocidad, an accelerator for independent Latin American media, which worked with ten outlets to assess their overall situation and provide resources to enhance their bonds with their audiences, boost their finances, and incorporate tools for impact tracking and client and reader management. Together with business and media experts, the news organizations developed strategies for becoming financially sustainable and maintaining or amplifying their journalistic coverage, while reframing workflows within their newsrooms, engaging with their audiences, and generating a positive impact in their societies.

Many small media outlets are started by journalists with similar reporting objectives: producing good original content and shedding light on underreported stories. Often, however, they have little or no business experience, and marketing their organization, broadening their audience, managing their teams, and achieving financial sustainability is a challenge.

One of the Velocidad grantees, Ponte—a Brazilian outlet that reports on human rights violations, an especially important issue during the Bolsonaro presidency—was struggling to organize their everyday tasks and responsibilities before the accelerator. Their goal during the program was to identify what kind of growth they wanted and how to achieve it.

“We learned to think and structure ourselves as a media organization with a defined core, and not just a collective of people,” said Antonio Junião, cofounder and director at Ponte.

Professionalizing the team by defining each task and assigning them accordingly—instead of dividing responsibilities based on who had time—also helped them become more financially sustainable.

Since the internet changed the way information is shared, news outlets of all sizes around the world have struggled to turn a profit. In the United States, 20 percent of readers pay for membership or subscriptions. But in Latin America, independent digital media receive 32 percent of their income from grants and philanthropy, and only 10 percent from monetizing their content: audiences membership rates are more similar to those from the UK (8 percent) or Germany (10 percent), although a report by Luminate shows that willingness to pay for digital news has increased in the last few years.

In this context, Velocidad teams explored the subscriber model as a way of financing their work. CIPER is an investigative reporting media outlet that covers politics and human rights across Chile They were one of few local outlets whose coverage of the estallido in October 2019 showed the police brutality and repression during those days. But despite being very popular among Chileans, CIPER was facing a financial crisis and joined the accelerator to find solutions.

In 2020, the intensive investigative work they were doing on their stories took up all their team resources, and they worried that shifting their attention to the financial aspects would take up valuable time. During the accelerator program they reorganized their tasks, and Claudia Urquieta, the community editor, focused on building a new “sustainability area,” in which they organized their growth projections as a news organization and business. They focused on developing a membership model that shaped CIPER’s exponential growth in the following months. In the meantime, the journalistic team never stopped working. After this experience, Claudia encourages similar media companies to build strategies to stabilize their revenue and expand their outreach.

“Focusing on business models and growth is complementary to our editorial proposal. They don’t compete, both are important,” said Urquieta.

After two years in Velocidad, CIPER reached financial sustainability through their membership system without compromising their work. Their reporting continues to have significant social impact, like their 2021 report showing how the government was minimizing Covid-19 figures, which led to the health minister’s resignation.

Independent media outlets tend to have a specific focus—whether a particular issue or community—and connecting with their audience is essential to success.

In tough political scenarios, interacting with their readers and audiences is essential for maintaining media outlets, caring for their staff, and maintaining their content. Cesar Batiz is a member of the El Pitazo independent news franchise in Venezuela. One of their biggest investigations in the past two years exposed mismanagement in the oil industry that resulted in a loss of $3.7 billion.  Batiz said that their main challenges in Venezuela are censorship, restrictions to democratic freedom, and sustainability. During their time in the Velocidad program, they learned how to create a bond with their audience and find a balance between the commercial and editorial aspects of a media outlet. For independent media, community-building is an expression of their ethics, but also a safeguard for their survival. Citizens need to access innovative and creative ways of staying informed, and independent media need their support to create valuable content.

Despite the doom-and-gloom headlines we so often see about the news business, there are entrepreneurial newsrooms that are figuring out how to create new models for news as a business, turn a profit, produce quality content, and cover the issues the public wants and needs. Support for this quest can come from longterm programs, but also from alliances between the media and regional networking. Velocidad is just one of the many programs available for media outlets. From the International Women's Media Foundation supporting women in journalism to the International Center for Journalists and SembraMedia creating programs for smaller independent media, many organizations are helping safeguard journalism in Latin America, helping them produce impactful stories. In turbulent times, these newsrooms are finding their way.

Lucia Cholakian Herrera is a freelance reporter based in Buenos Aires. She covers human rights, politics and gender in Latin America. She works as a communications consultant for Velocidad, a joint program by ICFJ and SembraMedia.