In Oscar Martínez's new book, the editor-in-chief of El Faro reflects on his years of reporting in and out of El Salvador, questioning journalistic practices, analyzing the ethics of his actions, and grappling with the violence he has witnessed. 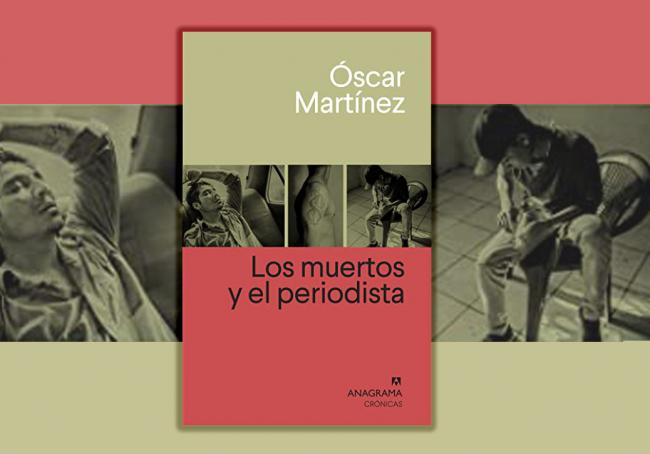 Rudi was a former gang member from El Salvador, forced into a life of violence by the lack of opportunities. Throughout his various encounters with the journalist, Rudi was on the run from the MS-13 gang and the rural police, both of whom wanted him dead: the former for his failure to carry out what is essentially his profession, racketeering, and the latter for not having killed him when they had the chance.

The main artery of The Dead and the Journalist follows the tale of brothers Rudi, Herber, and Wito. After discovering that Rudi is the sole survivor of a 2015 police massacre, the journalist begins investigating the many veins branching off from the brothers’ story, leading to characters whose lives have been forever defined by soul-crushing poverty, gang violence, and corruption. Like Rudi, their futures can only lead to a premature death or being thrown in and out of a penal system that “doesn’t process, but vomits” individuals back out onto the streets, often in worse shape than when they first entered.

In his most personal book to date, editor-in-chief of El Faro Óscar Martínez revisits his experiences as a reporter in El Salvador, which he has covered for over a decade and refers to as “this terrifying little corner of the world.” Most of the stories he delves into have already been published, and if not, he explains why. While some of his sources are still alive, many have died, casualties of the country and the region’s vortex of violence that particularly impacts young children, impoverished parents, and the migrants that seek a more promising future outside of Central America. The book begins at the end: the dismembered, savagely disfigured bodies of Rudi and his two brothers spread out across a nameless reedbed in the waning days of 2017. Rudi’s skull has been so thoroughly burned that there is not a sign of human flesh on it. He remains identifiable only to those who knew him because of his separated front teeth.

The author of The Beast and A History of Violence looks back at his years reporting in a context of inescapable and escalating brutality. He mulls over his profession, its ethics, and its objectives. His writing has led to the incarceration of eight corrupt, murderous policemen. It has also put away the sole breadwinner of eight poor Salvadoran families. Martínez challenges what authorities and the police deem “confrontations” between them and supposed gang members, finding that between 2015 and 2020, the police massacred 12 gang members and three others who had no affiliation to the gangs. El Faro regularly exposes the government’s lies and dealings with the country’s most-feared gangs, and yet, the president’s approval ratings are higher than ever. Only last week, at a time when President Nayib Bukele suspended constitutional rights after invoking emergency powers, the Salvadoran government passed a law making it a criminal offense punishable with up to 15 years for anyone who spreads gang messages. In a message of protest against the legislation and its censorship, El Faro shut down its page for 24 hours.

So, Martínez asks, again and again, what is the point of all this work?

But Martínez would not waste his time writing and reporting if he did not believe in the power and responsibility of journalism. What is distinctive about The Dead and the Journalist—and what makes it a compulsory read for anyone with the desire to pursue this type of profession—is not the dozens of questions that Martínez poses about the violence around him or how people react to their surroundings; he has done this before in his other works. Rather, it is his poignant, incisive introspection on the consequences of his reporting and the trauma that seizes his thoughts at night. In his prologue, Martínez notes that the book is an account of what he has done, what he knows, and, perhaps more importantly, what he recognizes as his failures and successes as a journalist  before he addresses the doubts, the frustrations, and the brutal disappointments that have festered in his consciousness. This book, he warns the reader, is an ejecta—you’ll either read it or abandon it.

Throughout the book’s 236 pages, the reader is confronted with Martínez’s questions and the choices he has made around them. Can you befriend sources? What forces a human to turn into a monster? What is it to be miserable? Is a source’s story worth more than his life? In one case, Martínez decided that it was and, yes, he tells the source. We cannot save you, Martínez and a colleague tell another.

“Telling a story well doesn’t save anyone or even someone, or maybe it does, but no journalist should be promising that salvation,” he writes. Everything Martínez has grappled with throughout his years of reporting is in this book. Like fighting a question-mark-shaped hydra, Martínez's reporting only brings forth more queries.

This book is not a how-to manual for journalists, he attests. And while Martínez offers his foundational commandments on the profession—notes are everything, recordings are sacred, leave no stone unturned—these are outweighed by the perpetual questioning that is not only integral to the reporting process but the post-publication ordeal.

For Martínez, diction is paramount, and he employs the same honesty with his sources that he does in these pages. He admits his mistakes, and how, in some cases, his stories have changed people’s lives for the worse.  He does not hide his outright disgust for some of the monsters in these pages—from indifferent, powerful bureaucrats to sadistic, remorseless rapists—or how he openly befriended the migrants he accompanies through Mexico.

While Martínez recalls his toughest stories in grueling, intimate detail, it’s not to amaze or astound the reader; his tales are a catharsis, a word-vomit comprised of years of peering headfirst into the reality that is this part of the world. As he describes accompanying and investigating the perils of Central American migrants in minute Mexican towns, discovering and exposing bureaucratic rules and loopholes favoring perpetrators in Salvadoran courtrooms, and sitting face to face with murderers, rapists, and corrupt officials, Martínez provides us an unfettered insight into his mind.

Corroborated by meticulously gathered facts, Martínez’s book is an exercise in honesty and self-purging. It treks down graves and up hills, fueled by an insatiable curiosity. It doubts and reflects. Covering extreme violence and death for so long takes a toll, but Martínez’s ire at the injustice he sees and reports fuels him.

Does journalism change things? Yes, Martínez affirms, always. Does it change things as the journalist would like? That, he claims, does not depend on the journalist. Ultimately, Martínez tells us he cannot do everything, he cannot save the world. He can only find certain truths about it. Someone else has to do the rest.

Humberto J. Rocha is a reporter covering the U.S. legal system for Law360 and an international freelancer focusing on politics and culture in Latin America. A Mexico City native and a Harvard and Oxford graduate, Humberto has reported for Forbes, Hearst Connecticut Media, The Yomiuri Shimbun and other outlets.