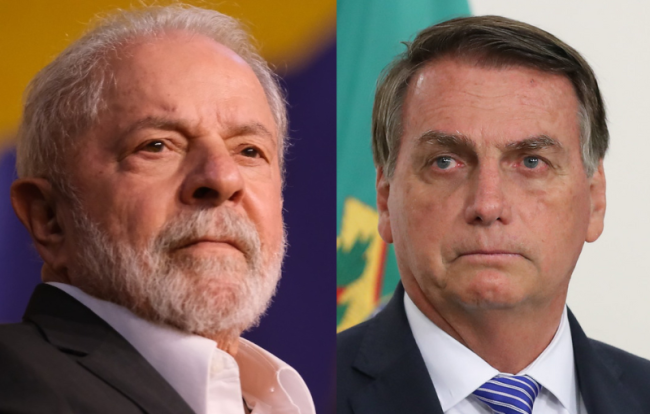 Jair Bolsonaro could not be ejected from the presidential seat and the Palácio do Planalto in the first round of the electoral rebellion against his government as the polls anticipated. With 48.4 percent of the vote, Luiz Inácio Lula da Silva’s results were within the expected range. But the current president surpassed the forecasts and obtained 43.2 percent, showing that Bolsonarismo is a tough nut to crack.

The “democratic front” that backed former president Lula—made up of groups like the landless movement and the Communist Party, as well as sectors of the economic and judicial elite—collided with a persistent stream of support for the current president. Bolsonaro’s campaign platform included issues related to the global extreme right and the familiar anti-Workers’ Party (PT) sentiment. But he also showed ideological flexibility by moving away from the ultraliberalism of his economy minister and maintaining certain policies. He trotted out iron fist rhetoric in his speeches, maintained his connections with local networks of legal and illegal power, and battled relentlessly on social media.

In addition, as the Folha de S. Paulo newspaper highlighted, the performance of various candidates allied with Bolsonaro was also important. Former Minister of Women Damares Alves, one of the evangelical ultraconservatives who competed with the support of First Lady Michelle Bolsonaro, was elected senator in the Federal District. In a race that will go to a second round, former Minister of Infrastructure Tarcísio Gomes de Freitas contested the governorship of São Paulo against the PT’s former presidential candidate Fernando Haddad. Former judge Sergio Moro, who imprisoned Lula and today is estranged from Bolsonaro, was elected senator in Paraná, and Vice President Hamilton Mourão won a seat for Rio Grande do Sul. Even controversial figures, such as former Health Minister Eduardo Pazuello or Environment Minister Ricardo Salles, widely questioned for their policies, were elected; Pazuello was the most voted in Rio. Bolsonaro's Liberal Party became the single largest party bloc in the Senate and the lower house, with a geographical division that marks the center-west region as a bastion of the Right.

Unlike four years ago, when there could have been some doubt about how Bolsonaro would govern, his voters now supported his leadership and style openly, which tracks with various “right-wing rebellions” across the West. And although Lula remains best positioned to win the second round, there was nothing in this election that approached a left counter wave. Some bright spots, like the election of three trans congressmembers and Indigenous representatives, show some political-cultural progress during Bolsonaro’s presidency.

The election was far from being a battle of the people versus the elite. The New York Times pointed out that the Supreme Court of Brazil has drastically expanded its power to counter the antidemocratic postures of Bolsonaro and his followers. For example, in August, on orders from Supreme Court judge Alexandre de Moraes, police raided the homes of Bolsonarist businessmen who commented in a WhatsApp group that a coup was preferable to the PT’s return to power.

In some ways, the Brazilian case resembles that of the United States when Donald Trump, despite supposedly being a “law and order” conservative government, ended up embodying an inorganic Right that confronted institutions from the inside. Lula and Joe Biden, then, were seen as candidates of “normalization” in the face of right-wing populists who seemed comfortable in their role as “deplorables,” as Hillary Clinton called Trump supporters in 2016.

Ahead of the 2018 election, Lula was sentenced to 12 years in prison for corruption. But it was the same court that initially endorsed the conviction, aiding Bolsonaro's victory, that finally annulled it for procedural reasons. After spending 580 days behind bars, Lula was cleared to return to power. But what disarmed the judicial conspiracy and returned Lula to the race was not so much social mobilization as the power play within the judiciary that, then and now, threads the needle between being a defender and a threat to democracy. Now it’s Bolsonaro who attacks the court for being “Lulista.”

Rather than an authoritative regime (as Nicolás Maduro’s government in Venezuela might be called), Bolsonaro produced a brutal degradation of civic life, fed various lumpen-mafia groups, deployed rhetoric denying the pandemic and climate change, and weakened Brazil’s place in the international arena. Bolsonaro's crude gun imagery and frequent outbursts projected a picture of political and intellectual sleaze. But his quarrelsome character also connected him with much of the country. Supporters call him “Mito” (myth), and they saw in him the possibility of a protest vote that may be as powerful as it is imprecise. He also maintained his alliance with the powerful world of agribusiness, and his former minister Tereza Cristina Corrêa—the "muse of poison"—defeated another former Bolsonaro minister to win a seat in the Senate for Mato Grosso do Sul. And Bolsonaro maintained connections with entrepreneurs who still see the PT as the absolute evil, in addition to the militias of Rio de Janeiro.

In the United States, the bizarre taking of the Capitol was a confirmation of strategic incompetence. But at the same time, it reflected an anti-system character that attracts part of Trump’s base and fuels the anti-status quo illusion; and something similar happened with Bolsonaro.

More than his platform, it was this reality that fueled Lula 's resurrection—and his redefinition after being associated by opponents of the PT with corruption and called an ex-prisoner by Bolsonaro. Lula’s campaign was based in the need for institutional and moral reconstruction, appealing to symbols of love and hope and the return of the people’s happiness. His campaign even launched—apparently at the suggestion of his new wife Rosângela, who held a growing influence—a new version of “Lula lá” (Lula there, in the Planalto), the jingle from the 1980s, that bygone era of the worker-cum-presidential candidate.

Bolsonaro's presidency ended up having a paradoxical effect at the regional level: instead of strengthening the radical Right, he mostly weakened them, and few wanted to appear by his side. But this could change: his capacity for endurance could feed hard-right expressions that have been emerging in a region where the extreme right remains far from the European election results. That's why this result is uncomfortable for moderate Rights in South America.

Meanwhile, Latin American progressivism is winning election after election. Even the Pacific Alliance (Chile, Colombia, Mexico, and Peru) ceased to be the other side of the ideological coin opposite “Atlantic” populism after the triumphs of Andrés Manuel López Obrador, Pedro Castillo, Gabriel Boric, and Gustavo Petro. However, these Lefts today appear to be more effective at winning than governing, and they confront diverse internal and external challenges that reduce their political and ideological effectiveness.

The rhizomatic character of the current neo-reaction allows for multiple connection points. Speeches by figures of the global extreme right resonate in the South, prompting curious forms of reception and redefinition of these ideas, as in the case of the right-wing libertarians in Argentina. Progressive governments thus face a different scenario than the “first cycle” of the Pink Tide, when cultural wars from the North penetrated public opinion and helped create a nonconformist language that cut across different social sectors. The right-wing rebellions seem to be here to stay.

And there lie the paradoxes of Lula’s relative victory. After a civilizing coalition organized to stop the debasement of politics and society, the results of the election left a bitter taste. Lula’s support, which has a lot to do with personal vindication, was the result of the former president's ability to forge agreements with the pragmatism of his two terms in office, and of his will to be absolved by history. But Bolsonarism has shown that it is also an underground force.