Meet the Ex-Rebel Women Searching for Peace in Colombia

Over 80,000 people remain missing from the civil war. These former FARC fighters search for answers in the very conflict zones they once fought in. 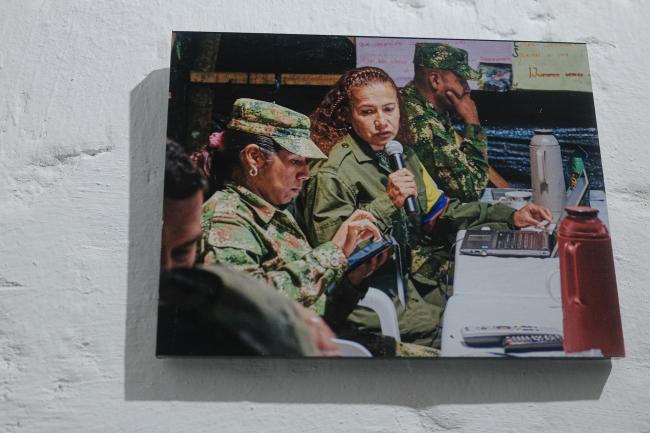 Mireya Andrade was a student activist in a communist political party working alongside her boyfriend, Javier Castillo, who was a party member and local activist. Just days after winning local elections in Miranda, Cauca, Castillo disappeared during a 1987 military operation searching for rebels from the Revolutionary Armed Forces of Colombia (FARC).

Unión Patriótica, the organization Castillo worked for, was not affiliated with the guerilla group, but in the 1980s, at the height of the Colombian civil war, being a communist was reason enough for the army to detain him. The last time anyone saw Castillo was when soldiers stopped his car in the conflict-ridden department of Cauca. In the weeks that followed, Andrade received anonymous death threats for her activism work. Thirty years later, exactly what happened to Castillo remains a mystery.

Andrade joined the FARC two years later, because of that incident as well as countless similar disappearances presumably carried out by the Colombian state. She worked on the communications team for the rebel group for more than a decade. When the government and FARC rebels signed a peace deal in 2016 that put an end to the 52-year civil war, Andrade joined Search Bloc, an investigative unit of ex-guerillas who search for answers—and often the remains—of those who, like her boyfriend, went missing during the conflict.

“If we are going to build a real peace,” she said, “we have to build a foundation for that peace. An honest accounting of what happened and answers for the families of the victims on all sides is fundamental to that process.”

More than a quarter of a million people were killed during Colombia’s civil war—four out of five were civilians—and nearly a hundred thousand more vanished without a trace. For the families of the “forcibly disappeared,” the term used in Colombia to describe those who vanished at the hands of the police, military, guerillas, and other armed groups, the search for answers has often lasted decades.

Search Bloc works in conjunction with a government organization created as part of the peace accord, the Search Unit for Persons Assumed Disappeared (UBPD by its Spanish initials), finding answers for the families of the more than 80,000 people whose fates remain unknown. It is slow and painstaking work that often involves field missions to areas where conflicts are still very much ongoing. A majority of the Search Bloc investigators are women, almost all are ex-FARC, and most work in the very regions where they once fought against the state.

Andrade, who has been part of Search Bloc since its creation five years ago, is the southwestern regional director of the organization, a territory which involves Cauca, Nariño, and Putumayo. These departments are flashpoints for conflict between armed groups—as well with the state—and violence has increased dramatically in recent years.

When 90 percent of FARC fighters signed the 2016 peace deal, agreeing to disarm and rejoin civil society, a power vacuum was created in the regions they once controlled. The government was supposed to fill that gap, increasing its presence in those areas, as well as investing in economic opportunities and infrastructure. Instead, a plethora of armed groups moved in and have grown exponentially in both power and territory. Incidents of violence have since climbed and now rival even the height of Colombia’s civil war.

“Disappearances continue to this day,” said Andrade. “In fact, the rate is increasing. And rising violence is making the security situation for our investigators worse as well as [impacting] our ability to access the regions where conflict is happening.” 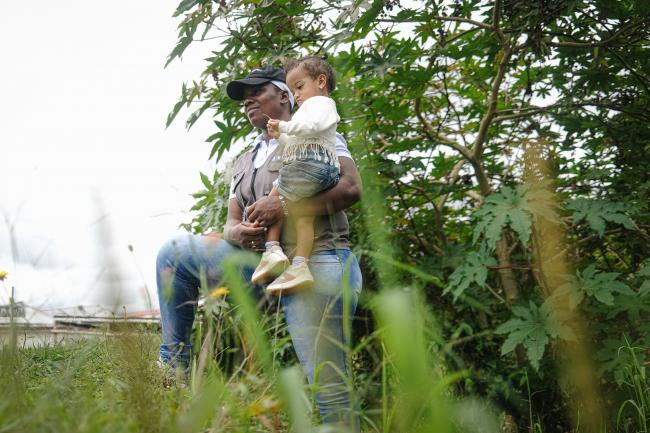 Field investigators such as Luz Dary Suárez, who was known as “Kerly” when she was a FARC fighter, obtain information in areas government investigators cannot enter or through contacts that won’t talk to state officials. Her work is methodical, slow, and sometimes involves interviewing the very people responsible for the deaths of the people she is seeking. But she views it as crucial work if real peace is to be implemented.

“There are tens of thousands of families hoping to find their loved ones, dead or alive,” she said. “To give them closure after what is sometimes years of waiting is a beautiful feeling.”

A few times in her work she has also located people registered as “disappeared” who were alive and well, usually those who went missing at a young age.

“We have found people alive who had long been assumed dead by their families,” she said. “Sometimes we get happy endings.”

Far more often however, Search Bloc delivers confirmed remains to loved ones. Suárez described how the investigations generally work, saying, “Maybe the last time someone missing was seen was before an event that we are aware of, say a bombing by the government, or a skirmish between rebel forces. If we know the region, and the rough timeline of the disappearance, we know where to start looking.”

Both Andrade and Suárez know well the pain that accompanies a lack of answers for missing loved ones. In addition to her missing ex-boyfriend, Mireya also lost a sister who was in the FARC. Suárez has been searching for closure in the case of her missing brother, another FARC fighter, for over 30 years. 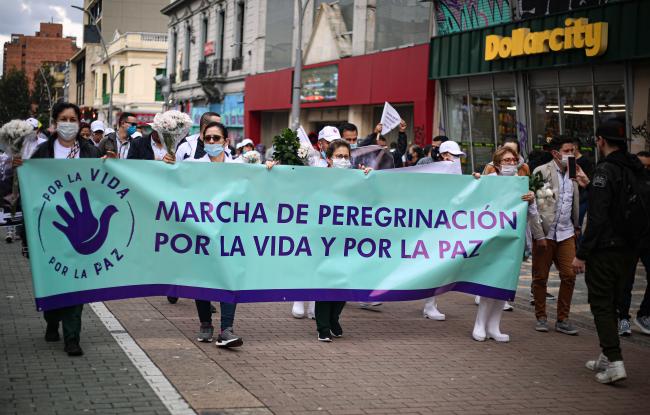 There is also a stigmatization of ex-FARC fighters who laid down arms, 320 of whom have been killed since the peace accord was signed. The peace deal was controversial when it passed, and though popular support for the accord has grown, many think the deal is unjust and doesn’t go far enough in punishing crimes committed during the war.

And it seems their efforts to help others in the quest to find lost loved ones have yielded results. Just after the peace deal was signed in 2016, Helmut Ángulo came to a division of the Search Bloc now called Reencuentros in search of his parents. Both went missing after they were kidnapped by FARC in 1982. His efforts to locate their bodies had met only dead ends through official channels.

“The Public Defender's Office wouldn’t even enter the region where they were kidnapped,” he said. “I was desperate. I had no choice but to turn to the guerillas for help.”

At first, Ángulo strongly opposed the peace deal. He considered it a betrayal to those like him who had lost family members to the war. But after talking with the ex-rebel investigators, he decided to let them try and help. Two months ago, thanks to Reencuentros, he found the body of his mother.

“When we finally located the body of my mother, which I had been searching for over 25 years, it was emotionally overwhelming,” he said. “We held a service for her in a church near where she was killed. The entire town attended. I didn’t know anyone there. Something changed in me that day.”

Ángulo now strongly endorses peace in Colombia, though he still believes the accord is flawed. “What other choice do we have?” he asked. “The only other option is more war.”

For Andrade, bringing closure to victims like Ángulo is extremely satisfying.

“Peace building goes even slower than our investigations sometimes. It is a multi-generational effort,” she said, adding, “And the victims weren’t just rebels and civilians, but soldiers, police, and paramilitaries as well. We were all victims really.”

For 20 years, the right-wing political philosophy of “Uribismo,” named after and led by ex-president Álvaro Uribe, spoke often of the victims of rebels and very little of the crimes of the state. Search Bloc, as well as Colombia’s Truth Commission has begun to reveal details of mass killings and coordinated operations described as “crimes against humanity,” but much of the war’s history remains clouded.

“There are so many unanswered questions about the war,” she said. “Answering those questions is the foundation to peace in the future.”

“Every family was touched by the war” is a common phrase in Colombia. And the trauma from more than half a century of conflict stretches across politics, geography, and social classes.

Colombia just elected the first leftist president in its history, Gustavo Petro, who was a member of rebel group M-19 in his youth. He campaigned on full re-implementation of Colombia’s 2016 accord, as well as new peace talks with armed groups that have gained power in recent years.

Ángulo joined Search Bloc after they helped him recover the remains of his mother. He now works alongside the ex-rebels he used to hate, finding answers for those who, like him, lost family members.

“I like to think that if I can heal enough to help build peace, anyone can,” he said.