The Pope's History Reflects the Church's Past

The election of Pope Francis has brought many issues to the fore that represent not just the complexity of a person, but the complexity of the Catholic Church. This was especially true at the time the most controversial chapters in his history were being written.

The election of Pope Francis has brought many issues to the fore that represent not just the complexity of a person, but the complexity of the Catholic Church. This was especially true at the time the most controversial chapters in his history were being written. Accusations of his complicity in the Dirty War in Argentina run the gamut from full-fledged endorsement of the brutal military dictatorship to his own insistence that he worked to secure the protection of dissidents. Documents reveal that he undoubtedly was tangled up in the torture of two Jesuit priests, Orlando Yorio and Francisco Jalics, who worked for social justice in the poor neighborhoods of Buenos Aires. Although Bergoglio warned them their undertakings were putting their lives in danger, they courageously pursued the work they thought was imperative for the church. He failed to endorse their work when they were taken away by the government and subsequently tortured, although he claims he later worked behind the scenes to have them released. The ambivalent nature of his story is a reflection of the Catholic Church in Latin America during the era in question. In the 1970s, NACLA archives describe the III General Conference of the Latin American Episcopacy (CELAM) that was held in Medellín in 1968 and ushered in messages of empowerment, inspiring the clergy to work for social justice. During the conference, the bishops produced a document that criticized “institutional violence” and the “international imperialism of money.” The conference prompted involvement of clergy throughout Latin America to change the brutal social conditions they lived under and invigorated many in the Catholic Church who were already practicing forms of Liberation Theology, or the commitment on the part of the church to work for social justice. 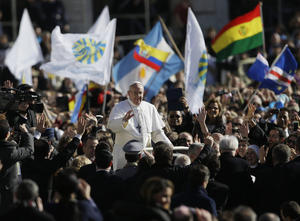 However, not all of the clergy were equally willing to take the church in this direction, and many bishops were backing away from the progressive moves that had been made. In Argentina, the tension was particularly acute. NACLA republished an open letter to priests, penned from a jail cell in Argentina in 1970 by the Montonero "17 of October" Detachment of the Fuerzas Armadas Peronistas, that called on the clergy to fight against oppression. The writers describe that although the people of Argentina had not lost their faith in Christianity, they had lost their faith in the church itself. They attribute much of this disaffection to the close ties between the state and the clergy, what they call the “church-system alliance.” The people were left to fight against the “monster with whom, as they [the Argentine people] see it, the Church identifies,” and this letter was a plea for the clergy to join that struggle.

In 1972, just one year before Pope Bergoglio was made the Jesuit Provincial Superior in Argentina, Alfonso Lopez Trujillo was appointed as the leader of CELAM. A conservative auxiliary bishop, Lopez Trujillo came from Colombia, the country where the church hierarchy was most vocal in their opposition to Liberation Theology. He began a campaign to actively oppose progressive religious tendencies in Latin America by appointing conservative clergy to leadership positions. While the church hierarchy was institutionalizing the conservative shift under Trujillo, many clergy were living the declaration made in Medellín, Colombia. The conference emboldened many to fight against the military dictatorships throughout the region, and “Catholic lay persons-as well as priests and bishops-who took Medellín seriously were arrested, tortured, exiled or assassinated.” These people risked their lives through open endorsement and participation in student, peasant, and worker movements—among them the two Jesuits Yorio and Jalics were kidnapped and tortured in 1976. 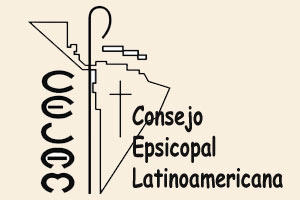 The conservative changes being implemented higher up in the church hierarchy became most apparent in the CELAM held in Puebla, Mexico in 1979. Under Trujillo’s guidance, CELAM advised that the church should refrain from involvement in politics and move away from viewing the church as “being born from the people.” This stance was made possible because many bishops had been barred from attending. Interestingly, one of these banned bishops was none other than Samuel Ruiz, a figure who would later be associated with the Zapatista uprising in Mexico. At the same time that the Catholic leadership within Latin America was working to diminish the influence of progressive clergy, the Pope John Paul II appointed a dozen conservative bishops to serve in the region. While the church was condemning any association with social change, they still maintained the option for the poor, in a purely economic sense. The document that came out of the Puebla conference, while warning clergy away from Marxism, also denounced “economic liberalism” as a “materialist praxis.”

Clearly Bergoglio’s biography is bound to the history of the Catholic Church in Latin America. His insidious comments regarding gay marriage sadly reflect the stance held by many in the Catholic Church hierarchy on equal rights. Early in his career, he sided with the progressives and “stimulated the social work of the Jesuits,” but deferred to the state as they came down on this movement. His lack of will to take a strong stand and do more than fight quietly behind the scenes against the Argentine dictatorship is in stark contrast to the courageous work others were doing to change the currents of repression throughout Latin America.

In the 1970 open letter to the priests, the Argentine resistance fighters observed, “Facing the reality of a people that suffers, stifled by an inhuman and anti-Christian system, the priest finds himself in an institution alienated from the people's reality, when not actually opposed to the people, and comfortably situated in the system which oppresses the people.” Throughout his career Bergoglio was dedicated to easing the plight of the poor, yet he refused to risk his comfortable situation to stand up for those fighting for the political rights of the very same people.

Kyle Barron is a graduate student in comparative politics at New York University and an Associate Editor at NACLA.