Stop-and-Frisk: The Policing of Latinos in New York

In August 2013, Federal District Court Judge Shira A. Scheindlin ruled that the New York Police Department (NYPD) practice of “stop-and-frisk” is unconstitutional because it violates the civil rights of blacks and Latinos who are disproportionately targets of the program.

In August 2013, Federal District Court Judge Shira A. Scheindlin ruled that the New York Police Department (NYPD) practice of “stop-and-frisk” (sometimes referred to as “stop-question-and-frisk”), in which individuals are stopped for questioning and frisked for weapons, is unconstitutional because it violates the civil rights of blacks and Latinos who are disproportionately targets of the program. According to the NYPD, individuals are frisked during a stop only if there is a reasonable suspicion of a weapon, though critics argue that “reasonable suspicion” is frequently in the (racial) eye of the beholder. 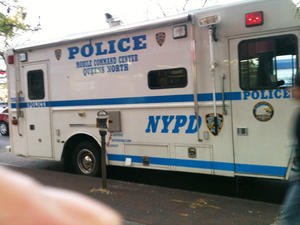 “I emphasize at the outset,” ruled the District Court judge, “… that this case is not about the effectiveness of stop-and-frisk in deterring or combating crime. This [c]ourt’s mandate is solely to judge the constitutionality of police behavior, not its effectiveness as a law enforcement tool.”

Despite Judge Scheindlin’s emphasis on the constitutionality of stop-and-frisk and not its effectiveness as a crime-fighting tool, the response from those who support the practice has focused solely on its merit in reducing crime. Before the court decision, Mayor Michael Bloomberg had argued that overhauling stop-and-frisk would bring New York City back to a time when it was “one of the crime capitals of the United States.”1 After the decision, Bloomberg argued in a similar fashion, saying that stop-and-frisk practices would continue until the end of his term as mayor because he “wouldn’t want to be responsible for a lot of people dying.”2 NYPD Commissioner Ray Kelly protested the judge’s decision as well, contending that violent crime would increase as a result3.

Dennis C. Smith, a public policy professor at the Robert F. Wagner Graduate School of Public Service at New York University and a paid consultant to the NYPD, has argued in a similar vein, stating that his “own research and a growing body of police studies show that stopping and questioning is an effective crime deterrent.” He adds that “This is most beneficial for black and Hispanic communities that experience the greatest victimization rates, and particularly for young black and Hispanic males. They are disproportionately victims and perpetrators of violent crime. As a result of active crime-prevention techniques like stop-and-frisk, they are being arrested and imprisoned at a drastically lower rate.”

Stop-and-frisk is closely tied to the larger NYPD crime-fighting strategy called Operation Impact (OI). The procedure is aimed at high crime areas, or areas designated as “impact zones.” The strategy is an example of hot spot policing, in which, based on police crime statistics and electronic mapping, high-crime areas are identified and targeted by the police department. In the case of New York, these areas are flooded with large numbers of recent recruits who have just graduated from the Police Academy. Highly visible command posts are often seen in impact zones. OI, which also focuses on gang- and narcotics-related crime, was launched in January 2003 and is still in effect today.

A police officer I interviewed in 2010 had been a member of an impact operation since the inception of OI in January 2003. His patrolling consisted mostly of what the NYPD calls the Roosevelt Corridor, which at the time consisted mostly of the impact zone in the multi-ethnic, heavily Latino Queens neighborhood of Jackson Heights, as well as parts of surrounding neighborhoods, such as Corona and Elmhurst. His assignment to this area, specifically as part of OI, provided him with invaluable insights into stop-and-frisk’s close ties to Operation Impact and hot spot policing in New York City.

The officer confirmed OI’s method of gathering information, which included the gathering of names and addresses through stops and frisks; the use of a gang database, which includes the name, photograph, and last-known address of alleged gang members; and the use of camera surveillance, command posts, and watch towers.

“Yes,” he told me, “… if you’ve ever even walked on Roosevelt Avenue, you’ve seen a mobile command center, …and if you go in, there is actually like a whole book on each gang, all gang members [are listed with] their last known address, and detectives have gone there and tried to pick up these gang members and either they’ve moved or they’re not there, whatever the case is. And it has a whole list of where they hang out, a whole list of what gang they’re in, what they’ve been arrested for before, and it does help because those pictures stick in your mind…”

This provides some insight into the ties between the practice of stop-and-frisk and the broader strategy of Operation Impact. Impact zones, or areas deemed to have high crime rates, are where officers conduct the majority of stops and frisks. These areas are often categorized as gang zones or narcotics zones, and officers are taught that their presence in these areas serves to drive crime down.

Trained as they are in high crime areas, and taught that they are there to bring down crime, officers feel pressured to produce numbers and statistics, and therefore engage in stop-and-frisk practices at a disproportionate rate in these impact zones. During the stops, officers collect the names and addresses of those stopped and add this information to an NYPD database. The overwhelming majority of those stopped are innocent of any wrongdoing, yet their information is still added to this database. In 2009, the New York Civil Liberties Union accused the NYPD of, in effect, building a massive database of black and brown New Yorkers, since the overwhelming majority of those stopped are innocent. This practice of adding names to the database even when the individuals stopped are innocent has supposedly been discontinued after a lawsuit against the NYPD.

No one would argue that high crime areas do not merit special attention. We all deserve to live free from harm, crime, and danger. But we all also deserve to live in a society where, regardless of our physical appearance, we can walk down the street, spend time in a park, or go to the corner store without harassment from the police. New York’s blacks and Latinos should not face the “choice” of living in areas of high crime or living in areas where they are targets of police harassment, surveillance, and scrutiny.

Andrés García is a PhD student in the Political Science Department at the University of California Los Angeles. His research focuses on the policing of blacks and Latinos in New York City.