While many trivialize race in Latin@ communities as abstract and irrelevant, Afro-Latin@s are still fighting a definitive racial hierarchy. 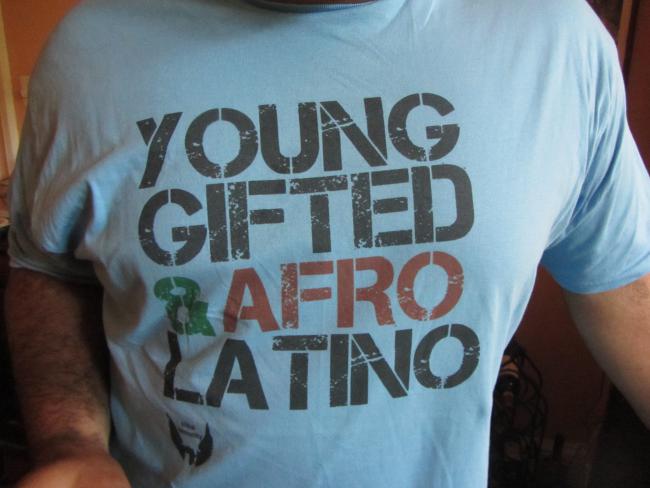 They say that the Devil’s greatest trick is convincing the world he didn’t exist. While I’m not a religious person, I find something alarming about the notion that a sinister force is exacting its will on humanity while successfully going undetected, and therefore uncontested. Racism in Latin America has a similar invisible, but insidious, sort of quality.

Bring up racism amongst those from Latin America and you’ll often get an exasperated groan, followed by something about how class is the predominate stratifying principle in Latin America, and a plea to stop applying your U.S.-based take on race to those in Latin America and the Caribbean. They may even throw in a “we’re all mixed” or “what is race?” rejoinder for good measure.

They will likely bring up the fluidity of racial boundaries as a way of suggesting that the struggles around this form of discrimination have their own set of particularities when in a different setting like Latin America, and that these particularities absolve them from dealing with contradictory experiences of Afro-Latin@s that reveal a peculiarly hidden racism.

Fortunately, there are now numerous organizations and scholars carrying out the tireless work of bringing to light, documenting, and challenging the cumulative effects of centuries of oppression that continue to negatively impact the lives of millions of Afro-Latin@s. Recognizing the need for a critical analysis of the social reality of African-descended people from Latin America, local activists and scholars led by Juan Flores and Miriam Jiménez Román founded the afrolatin@ forum in New York in 2007. It was a moving experience to serve on the executive board of the forum in New York City in 2011 and help coordinate its first conference, “Afro-Latin@s Now!: Strategies for Visibility and Action.”  The afrolatin@ forum is committed to advancing an understanding of the afrolatin@ experience in the United States and abroad. But on a personal level it has also heightened an understanding of racial marginalization and resistance for me and many of my co-organizers. Working with this collective, I feel my own identity as an Afro-Latina and scholar-activist has been affirmed.

This October’s second afrolatin@ forum conference, “Afro-Latin@s Now: Race Counts!” will provide a space to examine the structural and ideological barriers to full Afro-Latin@ representation and discuss opportunities for positive social change. The event will focus specifically on how race structures the life chances of Latin@s of African descent and how it is therefore critical that our experiences be shared and our numbers be counted in the census.

The conference will explore the relationships between racial ideologies and classifications and their social and political consequences. Afro-Latin@s are experiencing multiple levels of discrimination in the United States and in Latin America in areas such as healthcare, education, housing, employment, transportation and political representation. In Latin America, African descendants are well over a third of the total population, yet significantly fewer self-identify in most nations. In the United States, less than 3% of all Latin@s identify as racially Black. What does this mean for access to resources determined by numerical representations for millions of Latinos and Latinas of African descent?

Latin@s are racialized in different ways in the United States and Latin America, yet an open dialogue about how such racialization impacts AfroLatin@s is neither popular, due to a nationalist discourse that elides intra-national differences, nor practical, due to a limited language to engage this issue. However, race is often at the forefront of many interactions, whether articulated or unspoken. It’s common practice, for instance, for a parent to tell one’s child, “hay que mejorar la raza,” hoping their child mates with a lighter-skinned partner.

Latin@s in the U.S. and Latin America often hide behind euphemisms that denigrate and disparage Afro-descendants. “Oh those people are so lazy. They just love to party all the time. You know they aren’t very smart. Be careful because it’s so dangerous in their neighborhoods.” It’s a wonderfully convenient way to talk about a racialized group without ever bringing up race because everyone knows who lives in Limón, Costa Rica, or Salvador, Brazil, or Loiza, Puerto Rico, or Cartagena, Colombia—whether by favor, by force, or by finance. Or maybe it involves a micro-aggression about how love conquers all yet the evidence is that there was once a beautiful white man with blonde hair and blue eyes who loved this uuugly, black black woman with hair that was nappy nappy (even worse than mine)—as I was once told in Colombia.

Sometimes being Afro-Latin@ doesn't travel well. “Last name Valle, first name Melissa,” I said to a European-looking receptionist during check-in at a hostel in Quito, Ecuador. “Oh! You’re Latina? I was expecting someone who looked different,” she said. I quickly replied, “Yeh? I can tell you there are quite large populations of Latinas who look like they could all be my sisters, particularly in the Caribbean where my mother is from.” I then asked: “Are you Ecuadorian?” “Yes, I am,” she replied. But as I spat out an incredulous retort—“Oh I would never have guessed”—I knew that in spite of how often white Latin@s—particularly in countries like Ecuador, where the prevailing national image is mestizo—think that a simple swapping of skin tones on the opposite end of the alleged racial color spectrum makes all things equal, we are not equal. The way the receptionist is perceived as white grants her privilege over my perceived blackness.

In White Logic, White Methods, scholars Tukufu Zuberi and Eduardo Bonilla-Silva say that “Race is not about an individual’s skin color. Race is about an individual’s relationship to other people within society.” The reality is that while race as a social construct may be more ambiguous in Latin America than it is in the United States, a defined racial hierarchy does exist. This racial order closely maps on to the existing class order resulting in significant social, economic, political, criminal justice, and health disparities based upon race within the Latin@ populations throughout the Americas. While race is neither a fixed nor a biological fact, racism, oppression, discrimination, and the disparities based upon racial identification are very much social facts that exact a high price on people’s lives. Sadly, if and when the disparities are revealed, the blame is placed on those who have been marginalized, making it almost impossible to develop the sort of correctives to ameliorate racism’s ills.  The poorer health, education, and financial conditions of Afro-descendants and Indigenous groups compared with those considered white in Latin America are a function of both institutionalized and symbolic racism.

As part of my graduate studies, I conducted my own study of Afro-descendant migrants living in Santiago, Chile where I interviewed and photographed 48 participants who hailed from 15 countries, 8 of which were in Latin American and the Caribbean. One of the primary reasons I photographed participants was to provide a visual representation of an often-invisibilized population. I have repeatedly heard the same comments from friends and fellow scholars with whom I’ve shared the photographs, along of the lines of: “They have Black people in Peru?” It is evident that both the media and statistical—through inaccurate census counts—invisibilization of people of African descent in Latin America and the Caribbean have had ripple effects for Afro-Latin@s in the United States, as many believe that Black and Latin@ are mutually exclusive categories. In the absence of disaggregated data about the Latin@ population in the Americas, the dramatically different experiences of Afro-descendants remain largely masked.

During the first conference in 2011, we united more than 500 people for three days of dialogue and exchange, and produced a document, “Resolution: An Afro-Latin@ Plan for Action,” in which we mapped out findings and recommendations for future actions that came out of all of the panels. One of the crucial issues that emerged was the need for Afro-Latin@s to challenge prevailing ethnic and racial group categories used in the census and other official documents, so that our present socioeconomic conditions can be acknowledged and addressed. Since the conference, debate over the relationships between race, identity, and the socio-political position of Latin@s has intensified. The case against George Zimmerman’s apparently racially motivated shooting of Trayvon Martin sparked a conversation about whether Zimmerman’s label of “white Hispanic” was accurate, and what the label might mean in the future. A recent New York Times article about Hispanics declaring themselves white on the census triggered further debate around whether the growing Latin@ population has designs on whitening en masse.

As Afro-descendants continue to be pushed to the margins of society we must have an understanding of historical processes related to enslavement, colonization, and imperialism that have produced existing racial disparities and the contemporary practices that perpetuate them. This year’s conference is a continuation of the afrolatin@ forum’s work to combat the racism that generates an unequal distribution of rights and privileges based upon racial identification. By convening activists, cultural workers, community members, academics, and other stakeholders representing the diverse Afro-Latin@ population, we will provide a unique opportunity to consolidate networks, advance common educational and advocacy agendas, and chart out strategies for future collaborative work. We hope it will serve as a vehicle to make sense of racial inequality and stratification among Latin@s and prove valuable to anyone interested in identifying opportunities for positive social change and racial justice. 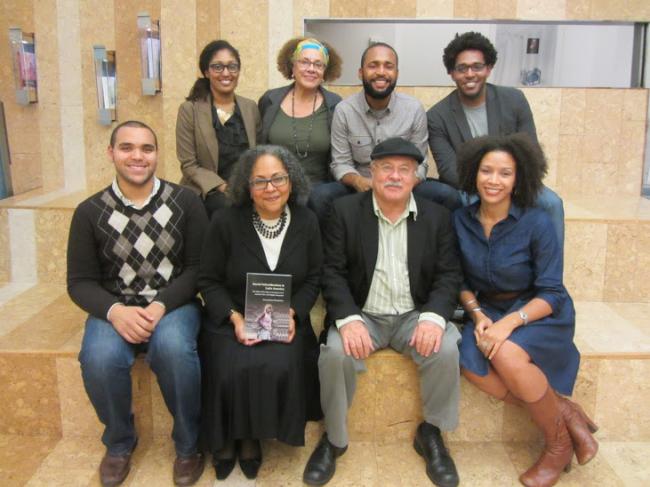 Melissa M. Valle is currently a sociology Ph.D. candidate at Columbia University. Her areas of research interest are race and ethnicity (with a focus on Afro-descendants in Latin America), social stratification, spatial and urban sociology, social movements, and sexual labor.