This article is the second of three installments devoted to analyzing the upcoming municipal elections in Lima. Read the Spanish translation of this article here. 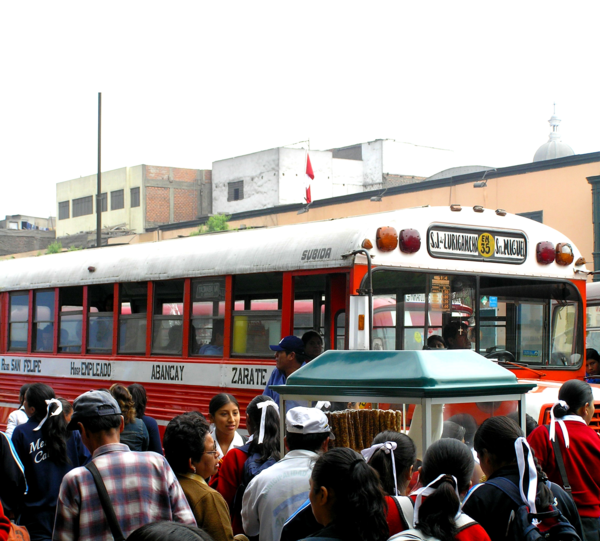 With the October 5, 2014 municipal elections just days away, politics in Lima remain contentious, with incumbent Mayor Susana Villarán trying to bolster the viability of her candidacy and former mayor Luis Castañeda (2003-2010) seeking to project an aura of inevitability around his expected win. As has been the case for months, Villarán continues to poll poorly in almost all surveys. One September 19 poll estimated her vote share at 10%, compared to 59% for Castañeda. Some polls even rank Villarán in third place, behind Salvador Heresi of Perú Patria Segura, yet a poll by RBC Televisión showed Villarán with a commanding lead of 39% over 25% for Castañeda.

At the start of September, the hopes of Villarán’s supporters surged as a burgeoning scandal around Castañeda falsifying his educational background appeared to torpedo his candidacy, with the Special Congress for Central Lima (JEE) disqualifying him. As many expected, however, Castañeda successfully appealed the decision, putting him back in the race. Ironically, Villarán soon faced similar accusations regarding her educational background, but the JEE ruled in her favor. Allegations of missing funds and other irregularities in various municipal offices also emerged and continue to pose problems for Villarán. Even before these parallel scandals arose, it remained far from clear that Villarán would emerge as the primary beneficiary of a Castañeda withdrawal, with many voters describing themselves as just as much anti-Villarán as pro-Castañeda.

What explains Villarán’s continuing struggle to recapture her base despite Castañeda’s missteps? Our previous article explored these themes with respect to Villarán’s progressive vision, her efforts to reduce informality, her embrace of public-private partnerships, and, critically, the aggressive media campaign orchestrated by Castañeda forces to discredit and destroy the Villarán administration. As elections draw nearer, it has become crucial to reflect on Villarán’s mobilization strategy and the recent events that have further diminished her chances.

Early in her administration, Susana Villarán articulated a commitment to broad and inclusive participation in the spirit of Mayor Alfonso Barrantes (1984-1986) and the United Left(IU), yet her leadership in 2011-2014 established none of the party machinery that could convincingly launch such a participatory project.

For example, Villarán initially planned broad outreach, with special attention to the voices of women, minorities, the elderly, and those with disabilities. The full-court press of anti-Villarán forces coached by Luis Castañeda did momentarily provoke increased participation by Villarán supporters, but this mobilization sought mayoral regime survival rather than construction of an enduring participatory project, and this burst of organizing energy thus faded swiftly after Villarán won the recall. Thus, Villarán never created a participatory framework in the 2010s like the one she helped create in the 1980s through the famous Vaso de Leche (Glass of Milk) program, which she directed.

Exacerbated by relentless right-wing media attacks throughout 2011-2014, we see the lack of support from marginalized groups reflected in Villarán’s weak base among Lima’s poorest socio-economic sectors—sectors “D” and “E”—which a September 22 poll by Datum reports as supporting Castañeda at rates of 66% and 77% respectively. By contrast, Castañeda scored a comparatively weaker support base of 45% among Lima’s most affluent (sector “A”). One segment of Villarán’s base that has remained steady in its support—and in its fear of a Castañeda win—is the array of government agencies and non-profit organizations focused on cultural programming that builds community and citizenship. The comparatively modest cost of such initiatives, combined with Villarán’s steadfast commitment to this component of metropolitan governance, has yielded at least one arena in which Villarán kept both her campaign promises and her followers.

Recently, Villarán has also dealt with commuter dissatisfaction over her implementation of the Corredor Azul (Blue Line) transit project. The project eliminated a situation where multiple independent bus companies chaotically and dangerously competed for riders on the same transit corridor, replacing it with a single bus line operated privately through a metropolitan government concession. However, some have complained that the implementation of Corredor Azul has been rocky with insufficient buses, lengthy queues, and long walks to reach designated bus stops. In an interview, Pablo Vega Centeno, Director of the Center for Research on Architecture and the City at Peru’s Catholic University, echoed this concern noting that Villarán’s reform initiatives have not focused sufficiently on providing transit access for marginalized populations. Villarán has shrugged off the complaints, asserting that once begun, transit reform has become nigh unstoppable. Nonetheless, Castañeda has sought to capitalize on the grumbling, dismissing Villarán’s transit reform vision and instead proposing a monorail for the city.

As the candidates enter the final days of campaigning, their attention is focused squarely on Sunday’s results at the ballot box, but more may be at stake in terms of the future of Lima’s already emaciated left. Although Villarán faced punishing obstacles that likely made it impossible to accomplish her agenda, a major defeat this weekend could well have a lasting impact on the capacity of progressives in Lima to retain or expand the modest advances they have seen the past four years.

Julia Smith is a Fulbright IIE Fellow and a student at the Instituto Tecnológico Autónomo de México. Paul Dosh is an Associate Professor of Political Science at Macalester College. The authors are grateful to Ximena Rodríguez Medina for her help with fieldwork and library research, and thank Eduardo Dargent and César Flores Unzaga for comments on earlier drafts.