The collective cry of Ferguson, Gaza, and Ayotzinapa. 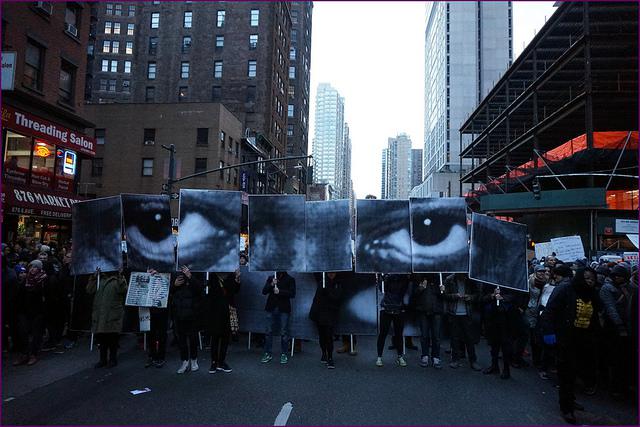 The barbarism of Ayotzinapa has awakened us. It awakened us to the everyday carnage leveled against Mexico’s most promising people and the seeming impunity with which that violence is enacted. It awakened us to an arbitrariness of the rule of law: deferential to the powerful and cruel to the powerless. It awoke the United States to a complicitous foreign policy that has funded Mexico with $3 billion in the name of a failed drug-war that destroys communities here and abroad. It has awakened us to the thousands of unnamed victims, whose death or disappearance remains but a faint echo beneath our current cries of righteous indignation. And awakened us to the profound crisis of legitimacy the Mexican state has been suffering from for a long time, the total alienation of its political cast, and the macabre carnival of its political parties.

More important than the interminable list of catastrophe, Ayotzinapa has awakened in us a new perception of what's possible. Underneath the decades long crisis, that is today increasingly impossible to embellish, it has uncovered for us the inspiring work of the autonomist movement in Mexico, of the “Normales Rurales” and their radical pedagogy and history of struggle. It has awakened a whole generation of young people across class and ideologies, out of their supposedly apathetic stupor and out into the streets, in some of the most massive and sustained public displays of non-violent outrage in Mexican history. It has broadened our sense of community by imploring all of us to lift the banner “We are all Ayotzinapa” above our heads, and thus dissipate the fictitious boundaries that divide us. It has awakened our sense of agency, that no matter where or who we are, we shall have our voices heard.

This newly emerging perception of the world has also awakened a recognition that the legitimacy crisis of the Mexican state is not isolated, and that the chants of outrage that bellow down our streets since the non-indictment in Ferguson and Staten Island, are the effect of a similar legitimacy crisis here at home. That as states across the globe tighten their grasp even further, their claim to legitimacy becomes more precarious, be it in Gaza, San Fernando, Hong Kong, or the nether-regions of the U.S. intelligence apparatus.

It has liberated our outrage and awoken our imagination of what real political community looks like: leaderless but intentional, suspicious but motivated, serious but creative. It has narrowed our threshold for tolerating the intolerable by bringing past tragedies to the foreground and making us vigilant about future ones. It has expanded our field of action, making us more suspicious of political representatives and able to recognize our growing agency to effect the political process. We are witnessing a dramatic readjustment of the political terrain, whose promise we are only beginning to map out. I believe when fully calibrated, this new terrain will radically alter our notions of accountability, transparency, and democratic participation. For the cynics who predict the inevitable waning of the Movement through exhaustion, I reply citing the turn of phrase of friend: for #Fergazinapa and the emerging perception it creates, this is only the beginning.

Text presented by the author at the Teach-In WHEN GOVERNMENTS KILL THEIR STUDENTS, MÉXICO NOW, organized by the Hemispheric Institute of Performance and Politics at New York University on December 10, 2014.

Pablo Benson Silva is an instructor of sociology at Long Island University. Through his participation in Occupy Wall Street, he helped to co-found various projects including the Spanish language newspaper Indig-nación and the Spanish General Assembly. Currently Pablo is helping develop the W.O.R.C.s [Worker-Owned Rockaway Cooperatives] program, after being heavily involved in the Occupy Sandy relief effort.