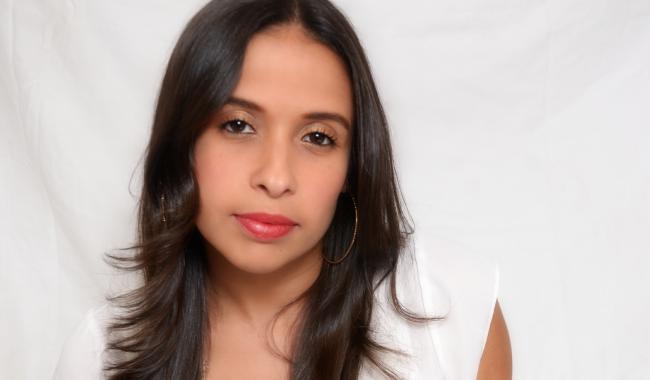 On December 15, New York's Loisaida Center hosted a poetry reading in which current and former fellows of the national Latina/o poets workshop CantoMundo read from their work in solidarity with ongoing protests and mobilizations in and around Ferguson, Missouri, and the College of Ayotzinapa in Iguala, Mexico. NACLA is publishing a series from the event.

forcing her to feel the cool mountain wind

thousands of bits of enamel taunting from the kitchen table

the rebellious received last rites from a rainstorm

of an otherwise unrecognizable body

of gasoline-driven fires and

hold treasures of information, make for

doing exactly what they were taught to do

shift Guerrero into the hands of El Pueblo

telling their story for years to come

Peggy Robles-Alvarado is a tenured New York City educator, a 2014 BRIO award winner and CantoMundo Fellow. She is a two time International Latino Book Award winner and author of Conversations With My Skin and Homenaje A Las Guerreras / Homage to the Warrior Women. Peggy has been featured on HBO Habla Women, Lincoln Center Out of Doors, 2014 Voto Latino Power Summit, Poets and Writers Fifth Annual Connecting Cultures Reading, The BADD!ASS Women Festival, and other venues. She has been published in Letras, by the Center for Puerto Rican Studies at Hunter College, The Bronx Memoir Project, Luna Luna Magazine, Upliftt.com, Dealmas.net, and Sofrito For Your Soul. For more information please visit Robleswrites.com.