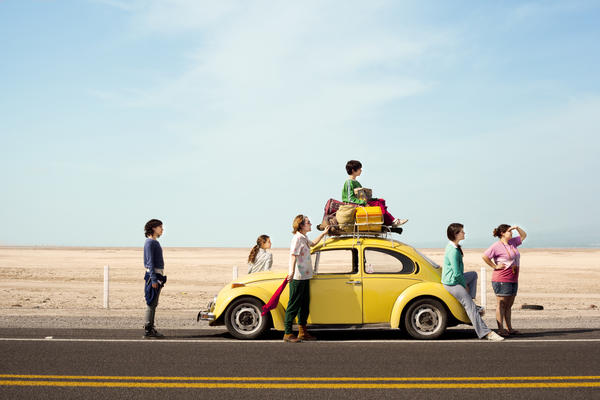 The last decade has seen a rapid growth in Mexico’s cinematic industry that has continued since the new phase of Mexican cinema began in the 90s. The record 99 films released theatrically last year set a box office record at home in addition to winning numerous awards at international festivals.

This year, Mexico saw two of its veteran filmmakers honored with the top industry prize at the Academy Awards. Alfonso Cuarón won Best Director and Emmanuel Lubezki won Best Cinematography for their work on Gravity, having first made their splash on the international film scene with Y Tu mamá también.

The number of Mexican films securing U.S. distribution has steadily increased, outnumbering the films from other Latin American countries that garner a theatrical release. So far this year, Amat Escalante’s Cannes winner Heli, Aáron Fernández’ The Empty Hours (Las horas muertas), the Mexican co-production Who is Dayani Cristal?, and Claudia Sainte-Luce’s The Amazing Catfish (Los insólitos peces gato), have been released state side. Later this year We Are Mari Pepa (Somos Mari Pepa), Samuel Kishi Leopo’s directorial feature, will have a limited release at Anthology Film Archives in New York City in August.

Of the current output, the city of Guadalajara is leading in the production of recent significant cinematic achievements and cementing itself as a film production powerhouse, creating a rival production space to Mexico City. The expansion has been prompted by the digital revolution in post-production and a growth in production facilities, continued government economic support for film projects and flourishing distribution channels.

In 2011, the Guadalajara International Film Festival (FICG), about to enter its thirtieth year, began to showcase the best films of the festival in Los Angeles, recognizing the important and growing Mexican and Latino film market in the United States.

Two Guadalajara based directors, Kishi Leopo and Sainte-Luce, whose work has garnered international critical acclaim, are representative of a larger batch of filmmakers emerging from this city whose experiential filmmaking style is finding an international audience and whose films managed to secure the coveted U.S. distribution. 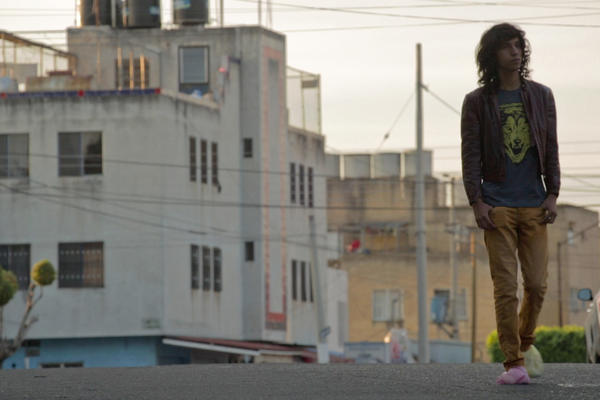 (We Are Mari Pepa © FiGa Films)

We Are Mari Pepa had its U.S. premiere last year at the AFI Festival in Los Angeles and was included in the recent 15th Annual Latinbeat series at the Film Society of Lincoln Center that featured the work of emerging talented directors from Latin America. Written and directed by Kishi Leopo, it stars sixteen-year-old Alex, played sublimely by Alejandro Gallardo, as he and his friends try to tackle their summer to-do list that includes the typical teenage preoccupations: winning the battle of the bands, having a first sexual encounter and landing a first job. With only one song in their repertoire, they must write a second to participate in the competition, a difficult task when the other members of the punk rock band have a hard time following Alex’s more complex riffs and chords. As his grandmother’s condition worsens and his participation in the contests grows further out of reach, comes the realization that childhood is slowly escaping his grip and he must come to terms with the inevitability of growing up and entering the unchartered path into adulthood.

The Amazing Catfish offers another intelligent, well-observed take on the coming of age tale, having won the International Critics’ Award at the Toronto Film Festival and the New Director’s Prize at the San Francisco Film Festival. The screenplay, partly based on Saint-Luce’s own experience, follows Claudia, played by Ximena Ayala, who works as a grocery store product sampler, returning to her lonely apartment after her shift. After appendicitis drives her to the hospital, Claudia befriends her roommate Martha, a single mother of a brood of four. With the offer of a ride home Claudia is slowly pulled into eccentric family, soon becoming the unwilling family intermediary, helping Martha’s children cope with the progression of her mother’s terminal illness. Alejandra and Wendy, the oldest children of the family, have been forced to grow up prematurely and act as caretakers to the younger two, Mariana and Armando. Claudia’s initial reluctance at joining the family is soon overpowered by her need to help Martha as her physical condition worsens. Wendy, played by Wendy Guillén, the real life inspiration behind the character, offers a standout affecting performance as a child forced to cope with mortality prematurely.

Both intensely personal films are as much an exploration of the circumstances that have shaped the filmmakers as a tribute to the city of Guadalajara. They offer an honest look at growing up, and the ramifications of children seeing their caretakers face the final stages of life. With honesty, depth and candor these filmmakers present multifaceted and deeply rich stories that parallel Guadalajara’s own coming of age as it leaves behind growing pains and becomes an important source of cinematic brilliance.

José Raúl Guzmán is Assistant Director at Cinema Tropical, a non-profit organization dedicated to the distribution, programming and promotion of Latin American cinema in the United States.