Lacking employment alternatives with livable wages, many Colombians continue to labor in informal mines despite the well-known risks. 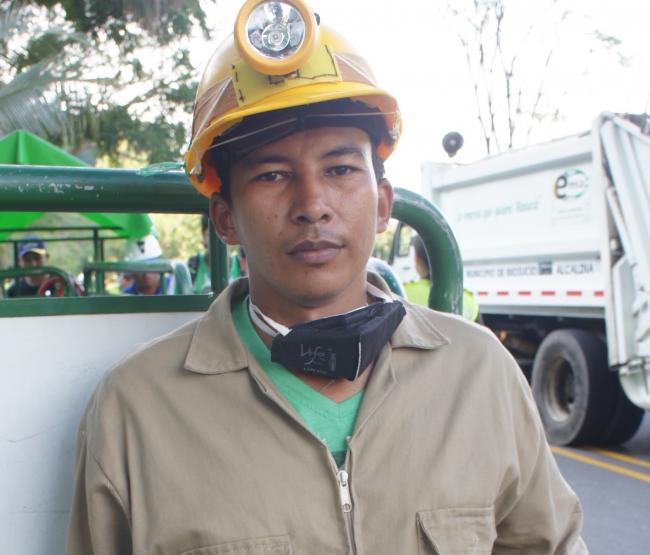 Normally Saul Alban Hernandez Moreno would descend into the mine known as “Don Leo” on the bank of the muddy Cauca River to place wooden supports as his fellow miners extracted earth laced with gold.

But over the past two weeks, he and other local miners have had a much grimmer mission: extracting the bodies of 15 miners who were trapped and killed when the mine flooded on May 13.

Located in Colombia’s coffee-growing region in the state of Caldas, Don Leo is one of thousands of small informal mines that make up the great majority of the country’s gold mining industry. The Cauca River valley and surrounding mountains are laced with ad hoc mines built without technical expertise or planning. The government considers many of these mines illegal.

After the flood an official with the public-private electricity agency said that the Don Leo mine illicitly tapped electricity from power lines, and officials and miners initially blamed the disaster on a power outage that stopped pumps that remove water. Officials later said a loss of power was not the reason that river water quickly filled the mine’s three vertical tunnels between 14 and 28 meters deep on the morning of May 13. Officials are still investigating the causes.

A rescue operation was launched involving hundreds of staff and volunteers from the National Agency of Mines, national police, Red Cross, and the Civil Defense organization. The rescuers included miners like Saul Hernandez from the Don Leo mine and from surrounding villages. On May 18, Colombian president Juan Manuel Santos visited the site.

By May 15, five bodies were removed and sent to the city of Pereira for identification. Then the rescue effort dragged on around the clock as more than 20 pumps worked to drain the mine. It was extremely difficult to remove bodies that were waterlogged and decomposing, and the contaminated water and gases posed a serious risk to anyone trying to enter the tunnels.

After more than a week, on May 25, the last of the bodies were finally recovered.

Throughout the ordeal family members and friends of the miners – who ranged in age from 19 to 49 –gathered in tents under the blazing sun or around a cooking fire at night, anxiously and tearfully awaiting news. Some lost several members of their families. Hernandez’s sister’s husband is among the miners who perished. And she is pregnant.

“The truth is that you feel your heart going cold,” said Hernandez.

Miners in the small, informal mines that proliferate -- from Colombia’s Pacific lowlands to the central coffee-growing regions like Caldas to the Amazon -- know the risks they face, from toxic gases, flooding, collapses, improvised explosives and other dangers. But they continue mining for lack of other economic options.

“If I work mining, I eat. If I don’t work, I don’t eat,” said Leonardo Mejia, the owner of the Don Leo mine, on May 20 between meetings with government officials and the miners at the site.

Hernandez, who has survived being trapped underground himself, said miners at Don Leo earn about four times as much as they could in a factory. But the pay is highly volatile, depending on how much they extract and the price of gold.

After this disaster, Hernandez thinks he will continue mining elsewhere, possibly just outside Buenaventura, a lawless port city dubbed “the capitol of horror” because of rampant violence including “chop houses” where people are reportedly dismembered by armed criminal gangs.

Sitting on a rock at the edge of the Cauca River just downstream from the recovery operation, 19-year-old miner Jorge Velasco saw a similarly bleak future. He described a sense of terrifying vertigo as the Don Leo mine flooded and he struggled to get out, his boots growing heavy with water. His father was a miner, and he doesn’t see any other way to make a living.

“You can’t find work in the countryside, on the [surrounding coffee] farms,” he said. “I don’t like mining, but it’s life.”

In recent years the Colombian government has made illegal mining a criminal offense, and made numerous arrests.

The government has also launched a “formalization” program to legalize and regulate the small mines through a process that involves inspections, technical assistance, and awarding official titles for the mines. The program is meant to standardize the industry and improve safety, reduce environmental contamination, and ensure miners receive benefits.

However, according to miners and experts, the mine formalization process has been plagued with backlogs and problems. Only a fraction of the miners who have applied to legalize their operations have received titles, and many more miners don’t have the resources to carry out the application process.

Oswaldo Ordoñez, a geology professor at the National University of Colombia in Medellin who is involved with the formalization process, said the informal miners lack technical expertise and work with unsafe and environmentally unsound practices. The government needs to do much more, he said, to help them continue mining with better techniques.

Ordoñez and other experts said small miners need more support from the government including hands-on training and access to better equipment.

The Don Leo mine was actually in the process of formalization when the disaster occurred. But experts say it is not safe to be mining so close to a river, below the river level.

Carlos Iván Márquez, director of the national risk management agency, visited the site of the disaster on May 16. He said he did not know whether the mine had previously been inspected. He said the government is doing an inventory of illegal mines and will discuss them at an upcoming round table in Caldas.

Since the miners who were killed did not have benefits or insurance, their families face an uncertain economic future, as do the other approximately 50 miners who were working at Don Leo. Márquez said that for two months the families will get food and legal help identifying and claiming the bodies.

After Márquez spoke and the crowd of reporters had left the site, Jesus Aricapa slumped in a plastic chair in the shade of the press tent. He lost two cousins and a nephew in the mine, at the time two of the bodies were still trapped.

Aricapa said he would always tell them, “Please take care of yourself, you know that there is only one life. Tomorrow doesn’t exist for anyone.”

He fought back tears as he described his family’s losses. Members of his family had previously worked in a mine called Miraflores in a different area, before being displaced a decade ago by threats from armed groups.

As the peace talks dominate the headlines, Aricapa and other miners said the more pressing issue for them is the grinding poverty and lack of safer ways to make a living.

“The government says they are bringing peace, but what kind of peace? Peace with hunger,” Aricapa said. “If you look for a job nowadays, how old are you? Forty, you are no longer useful. Then tell me, what can these poor people do? Come here looking for death, just like my family did.”

In the mines, he repeated, “They come looking for their death.”

Adriana Cardona-Maguigad and Kari Lydersen are reporting on gold mining in Colombia with support from the Samuel Chavkin Investigative Journalism Fund from the North American Congress on Latin America.