In Cuba, Reform or Transition?

The Cuban government’s acceptance of small enterprises is helping many on the island increase their incomes, but it’s also exacerbating class divisions in a comparatively egalitarian society. 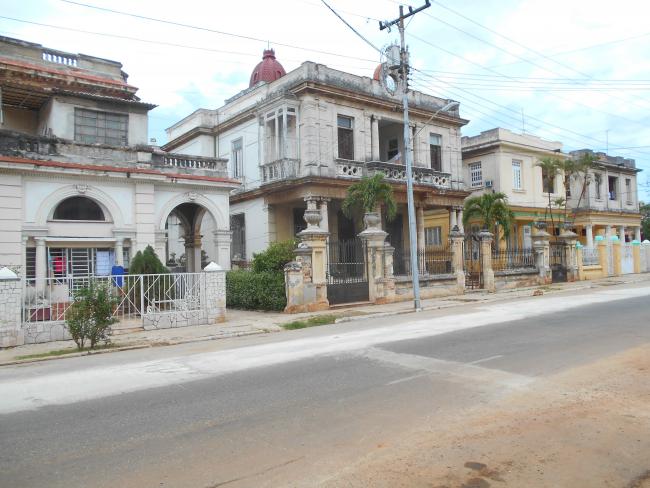 Raúl Castro insists that Cuba is not in “transition.” Understandably, he wishes to avoid characterizing the changes that he has implemented as “regime change,” and he certainly will not be applying any time soon for the “transition” assistance offered by the U.S. Agency for International Development.

The reforms are supposed to ignite economic growth in order to reinforce the social programs that guarantee social and economic inclusion for all Cubans. Television spots and news reports in Cuba constantly refer to the reforms as “perfecting” socialism. Changes are underway sin prisas, pero sin pausas (“without haste, but without pause”), says Raúl, who plans to stepaway from the presidency in 2018. In contrast, foreign tourists seem to think bigger and faster changes are underway. They are flocking to the land of big-finned automobiles and twentieth century socialism, anticipating that within a few years the island will be awash in consumerism and tourism. Although it’s too soon to determine which vision of the island’s future is more accurate, the reforms have already significantly altered labor relations in Havana.

Earlier this year I spent two months in the Vedado district of Havana, living in an apartment rented to me by a family that runs a six-bedroom casa particular (something like a B&B) across the street. During my stay, the Cubans I met gave varying responses to my standard questions: “What do you think of Raúl’s reforms?” and “How are things going for you.”  They unfailingly welcome change -- so long as three major accomplishments of the revolution are left untouched. No one wants a future without free, quality universal health care; free, quality education; and the peace of mind that comes with streets that are virtually free of crime or violence at any hour of the day or night. Moreover, while Cubans clearly welcome the thaw in relations, they are not looking to the U.S. to save them.  Virtually everyone who talked to me seemed to agree with the government’s approach to rectifying problems; where they disagreed was over the pace of change, with most hoping to see it speed up, but more than a few anxious about their jobs, rations, pensions, etc.

The most visible new activity in the city stems from the proliferating small service enterprises created by cuentaspropistas. These consist of people literally “working on their own account,” either as entrepreneurs or employees of newly created or privatized businesses. They have been around since the early 1990s, when they were tolerated in the atmosphere of economic crisis following the collapse of the Eastern Bloc.  Beginning in 2011, they received official recognition and encouragement, especially after Raúl took over leadership from his brother. The government estimated that this sector had grown to approximately 489,000 in the first half of 2015, 9.6 percent of the workforce.

In my immediate neighborhood, on my own block, was a combination beauty parlor and barber shop, and right around the corner a front porch luncheon.  A bakery and auto-repair were just a little farther away. Five blocks further was a farmer’s market about the same size as the one near to me in suburban St. Louis. Owners of licensed casasparticulares do not make money only from the rooms they rent but from meals, and are happy to hook up guests with friends or relatives who can provide transportation and other services.

But those working in the private sector are not limited to officially permitted professions.  A state salary can be stretched out for about two and a half weeks per month, so just about everyone has to find something to carry them the rest of the way. In the evening I heard four or five vendors singing out their wares and services.  One of them was hawking U.S. premium television shows and movies (he has them ready for download to your USB or computer). Another vendor was offering to repair refrigerators, while yet another provided reupholstering. Many live in this twilight economy, in what journalist Marc Frank calls the “grey zone”.

Three residences on my block in Havana were undergoing extensive renovation, and I became friends with the owner of one of them. She had raised enough money through renting several rooms in her casa particular to undertake a radical reconstruction of the interior of her large home.  I observed closely the interaction between her and the “contractor” – i.e., the person clearly in charge of the construction “co-op.”  As the heavy work was finished, a variety of laborers were hired directly by the homeowner to paint, clean-up, and do light landscaping.  They were paid separately. Most worked, like the wait staff at the ubiquitous cafes, well into the evening.

Just about all major renovations in Cuba are done by former state companies that have been hived-off as construction cooperatives. But the lighter tasks are done by a variety of other workers that sell their services for painting, landscaping, and other tasks connected with reconstructing Vedado’s hundreds of little palaces. A published, prize-winning poet, my landlady spends most of her day supervising her staff that cares for the six rooms and guests therein. They are all relatives, except for Aquiles, the handyman, who arrives by bicycle every morning and serves, depending upon the day, as electrician, plumber, carpenter, etc. for whatever needs doing.

In the countryside workers labor on cooperative farms and associated services, such as transport. Gradually being freed from a stultifying bureaucracy, their production is making a noticeable impact on the availability of quality food in the cities. There are over 900,000 (and counting) men and women working in this rural sector, which means that the non-state sector is somewhere between 30 and 40 percent of national employment today.

Many of the front yard cafes in Havana offer sandwiches, sweets, and mediocre to poor pizza and spaghetti, but it doesn’t take long to find some slightly more expensive alternatives, that still amount to a bargain for tourists and Cubans with some disposable income.  Most paladars (private restaurants) offer good deals for healthy portions of pork or chicken, rice, and viands (root vegetables) for the equivalent of two dollars. But not far from my apartment were Italian and Middle Eastern restaurants with premium quality menus and prices, and the upscale hotels  have restaurants with menus and prices similar to those in small U.S. cities.

One evening I decided to finally try an Iranian restaurant that had recently opened on Calle 23, where the meals cost 15 CUC (Cuban convertible currency; about $18). I didn’t see any Middle Easterners; about half the diners seemed to be Cubans, the others Europeans. Like many restaurants the Iranian one had musicians, but they played Persian tunes, something of a relief. Like most Americans familiar with the Buena Vista Social Club, I love traditional son, but the same classics are played night-after-night in many the cafes and hotels, especially in the old city. Not that you can’t find jazz, trova, and other music.  It’s an important source of employment. I learned from a guitarist in Vieja that UNEAC, the artists union, assigns performers gigs in hotels, restaurants, etc.  But freelancing is becoming more common, and it offers musicians the chance to break out and play their own compositions or arrangements.

Marx would call what Raúl has engendered with cuentaspropistas a “petit bourgeoisie,” and it is calling into existence a proletariat to go with it. The new businesses are labor intensive, mostly in services. Workers in the more upscale cafes and bars are often highly educated professionals that are either moonlighting or have left the state sector entirely. In the smaller cafes with mostly Cuban clients, the wait staff are a combination of relatives and other former state employees not related to the owner. The owners were often not present, but I noticed that many of the workers were there any hour of day. I talked in some depth with Carlos at one of the cafes. He was one of the workers who had lost his job at a state cafeteria.  He was now making more than twice as much as before, but working ten hours per day, six days a week.

Most Cubans seem satisfied that things are getting better, but all have doubts. Late one evening in Old Havana I opted to ride home to Vedado in a semi-legal private taxi – which turned out to be a collective vehicle rented-out for the night. In the front seat next to the driver was his wife, Luisa. I asked, as I always do, what they thought of Raúl’s changes. Luisa eagerly took up the question.

“We want to believe things will get better for everyone, but we’re from the poorer part of the population.  So far, we haven’t seen much real change in our lives. We live in Cerro [perhaps the poorest part of Havana], and we do this at night to stretch our income and rations.  We hope the changes work. We want our health care and education, and also our security. Even working late at night, we feel safe wherever we go in the city”.

Frank, a veteran journalist who has lived and worked in Cuba for more than 30 years, has reported that the Cuban government is supporting cooperatives as their preferred from of enterprise over privately owned businesses.  For some long-time Cuba observers the emphasis on co-ops is a route to more viable socialism and the foundation for a socialist civil society with more autonomy.  Some intellectuals, such as Camila Piñero Harnecker, see them as an alternative to both the mixed state-market model of Vietnam and to a continuation of the state monopoly of ownership and control. But as Harnecker points out, few urban Cubans have experience with self-managed cooperatives, and  many of the new ones continue to function in a verticalist manner.

While the go-slow posture of the Cuban government and the persistence of the U.S. blockade ensures that the island will not be littered by McDonalds and Home Depot in the near future, it is not too soon to wonder how a full opening might impact the cuentaspropistas. As Cubans have more cash in their pockets, Raúl’s reformers hope that the new quasi-socialist enterprises will expand with them. Already some higher level cafes are attracting customers with disposable incomes. But while some of the new coops and businesses will likely  survive, and some might partner or be absorbed by larger investors, it’s hard to see how the front yard cafes and garden hose carwashes could compete effectively with commercial kitchens and highly capitalized washes with power hoses. Indeed, since Castro and Obama announced their commitment to  normalizing relations, almost every high profile political delegation to the island has included business women and men eager to find not only markets but investment opportunities.

Daniel Hellinger is a Professor of International Relations at Webster University. His is author of Comparative Politics of Latin America: Democracy at Last? (Routledge)