After the Default: A Neoliberal Debt Solution For Puerto Rico

Puerto Rico’s debt crisis will likely lead to the privatization of public enterprises including the electrical power authority and the water agency. The proposed solution reflects the application of neoliberal policies as if they were magic recipes for resolving a most complex situation. 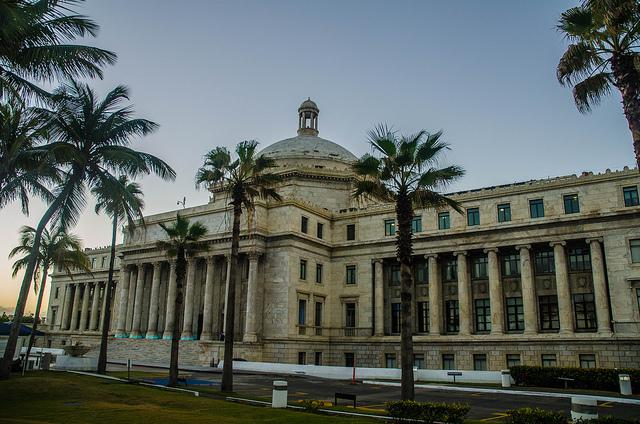 This past June 29, the governor of the Commonwealth of Puerto Rico, Alejandro García Padilla, declared the island’s $72 billion public debt unpayable and said that his government would likely be forced to default on its next round of scheduled payments. A month later, García Padilla’s government did exactly that, paying only $628,000 of the $58 million payment due on its Public Finance Corporation (PFC) bonds.

The inevitability of the default has become a major—and contentious—subject of debate on the island and in the U.S. financial media. New York-based financial information agencies, have warned that the default could pose serious problems for several major U.S. investment firms and money funds. Ominously, the debt crisis also threatens to accentuate the economic and social decline of the island’s population, which has long lived in political, social, cultural, and economic limbo.

In all probability, the fiscal and financial dilemmas faced by García Padilla’s government will be resolved by a proposed debt exchange in which new bonds are issued with terms more favorable to the borrowers—the Puerto Rico financial administration. But not all creditors are likely to be treated equally. The noted Puerto Rican economist, Elías Gutiérrez, has argued that the decision by the Puerto Rican government to suspend payments to PFC bondholders on August 1 was not due to a lack of funds but to the willingness to allow the weakest creditors pay for the lack of foresight shown by fiscal and financial authorities. In other words, the neocolonial relationship between the United States and Puerto Rico will play an important role in the resolution of this crisis.

It is estimated that a significant percentage of PFC bonds were sold to small investors resident in Puerto Rico. The bondholders placed their savings in the public bonds because they had confidence in the longstanding positive debt service record of the Puerto Rican government. Among these small bondholders are cooperatives, small banks, 401K pension funds, retirement funds as well as many individuals.

Gutiérrez argues that the government of García Padilla is following its lawyers’ legal and financial advice, essentially dividing the debtors into separate groups: the most powerful—basically U.S. banks and money funds—which will continue to get full service and payment, while the second group, the weaker local investors, would be forced to accept delays and an unfavorable debt exchange. This outcome is the most likely because big Wall Street firms and banks will take their cases against Puerto Rico to the federal courts and, if precedent is followed, probably win. This has been the case in decisions handed down in recent years by New York courts regarding Argentina’s debt. (LINK TO CANTAMUTTO ARTICLE) On the other hand, cooperatives, small savers and Puerto Rican retirees are most likely to lose their cases.

The current Puerto Rican financial crisis is different from the older Latin American debt crises because the public debt incurred by the government of Puerto Rico from 1950 to the 1990s was quite small. Budgets were traditionally balanced and deficits limited. The Government Development Bank, founded in 1942, was long effective in raising finance on good terms for development and infrastructure programs and projects, which helps explain the success of the Puerto Rican economic expansion, at least until the 1970s. The oil crisis of the 1970s hit the local economy hard, but continued emigration to the United States made it possible to avoid social collapse. (While the island now has about 3.5 million inhabitants, there are an estimated five million self-identified Puerto Ricans—either born on the island or of Puerto Rican descent—resident in the United States, with over a million living in New York City.)

Puerto Rico’s public debt began to more closely resemble those in Latin America in the 1990s when the conservative administration headed by Governor Pedro Roselló went on a loan binge, increasing the public debt by over ten billion dollars. Roselló was head of the Partido Nuevo Progresista, which is closely linked to the Republican Party, and while in office led an unsuccessful campaign to make Puerto Rico the 51st U.S. state. He also privatized state companies, reinforced law-and-order programs and negotiated loans for public works that benefitted major companies linked to his party.

Nonetheless, the administrations of the rival Partido Popular, which held office from 2001 to 2009, did not do much better. Aside from accusations of electoral fraud, corruption, and lax handling of public finances, Puerto Rico’s public debt—much of it issued as municipal bonds—rose by another 22 billion dollars.

The champion in the debt game, however, was the conservative government headed by Governor Luis Fortuño between 2009 and 2013, which managed to add on another 17 billion dollars to the public debt in a mere four years. This profligacy is a major cause of the current debt crisis, which cannot simply be ignored, not least because the economy of Puerto Rico has fallen on hard times.

From the 1950s to the late 1970s, Puerto Rico successfully moved away from the old agricultural export model to light industrialization based principally in textiles, and subsequently to investments by U.S. multinationals, particularly in pharmaceuticals and some electronics. This was complemented by expansion of construction and by a tourist boom. But in the 1980s, the economy took a downturn, and unemployment increased.

In the 1990s this trend was temporarily reversed as U.S. companies took advantage of the tax credits available under section 936 of the U.S. Internal Revenue Code, which had been designed specifically to attract mainland investors to Puerto Rico. After 2000, however, these tax breaks were reduced dramatically, and hundreds of factories on the island closed, leading to a notable drop in manufacturing employment and tax income. As a result, local governments increased public spending to maintain the economy and sustain employment.

In recent years, more and more bonds have been issued in large part to refinance the old ones. But the debt game has reached a breaking point. The government of Governor García Padilla recently decided on a new strategy and commissioned a study by former officials at the International Monetary Fund and the World Bank. The officials recommended a debt relief program which includes exchanging old bonds for new ones with a longer period of amortization and lower interest rates.

According to a confidential copy obtained by The New York Times, one of the chief authors of the report, Anne O. Krueger, a former chief economist at the International Monetary Fund, commented: “There is no U.S. precedent for anything of this scale or scope.” This document has been baptized the “Krueger Report,” an ironic choice, considering that as vice president of the IMF in 2001, Krueger recommended that Argentina not be given any debt relief, forcing that nation to default.

A likely sequel to the Puerto Rico debt crisis is the privatization of public enterprises including the electrical power authority and the water agency, which in all probability will be declared bankrupt if Governor García Padilla can convince the U.S. Congress to treat them as if they were private companies and to apply Chapter 11 to them. Of Puerto Rico’s $72 billion in bonds, some $25 billion have been issued by public corporations.

As in so many Latin American nations in the 1980s and 1990s, responses to Puerto Rico’s debt crisis entail privatizations and the application of neoliberal solutions as if they were elements of a magic recipe for a most complex situation.  In this case, neoliberalism and neocolonialism appear to have much in common.

Carlos Marichal is professor of economic history at El Colegio de Mexico and author of studies on the history of Latin American debts.