Do You Know Where Your Quinoa Comes From?

Quinoa production has a long history in the Andes. In the last decade, demand for the crop has skyrocketed, transforming the economy and ecology of the region. 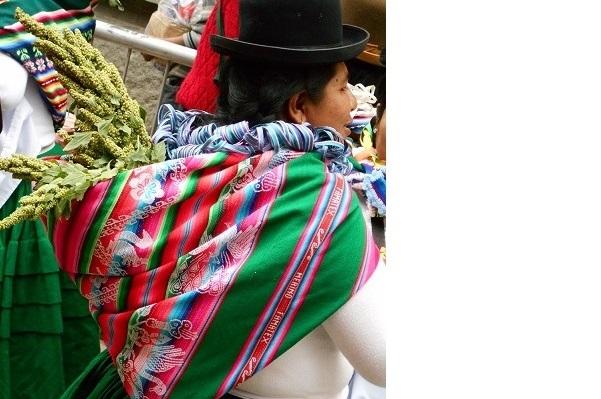 Quinoa, the “golden grain of the Andes”, has taken healthy eating by storm.  Cooked and eaten like rice or pasta, quinoa is actually not a grain at all, but a seed. It is part of the spinach family Chenopodium genus and provides a healthy alternative to a carb- and meat-centered diet. Growing demand in the past ten years has boosted prices both in the global north and the exporting countries of the Andes.

The Boulder, Colorado-based Quinoa Corporation, founded in 1983, was the first company to market the seed in the United States under the label Ancient Harvest. Currently, 53% of Bolivia’s quinoa exports go to the U.S. While the Quinoa Corporation hopes to continue expanding organic exports in the future, it has also encouraged increased quinoa consumption by Bolivians. They support a substitution of this higher-nutritional product for wheat, whose consumption grew after the introduction of massive amounts of U.S. food aid beginning in the mid-1950s.

Bolivian consumption of quinoa tripled between 2009 and 2013, while export sales exploded from $3.1 million in 2003 to $75 million in 2012.  Prices also soared three-fold between 2008 and 2010 and doubled again in 2013, unfortunately making quinoa much less affordable for the average Bolivian.  Overproduction in Peru caused Bolivian exports to fall in 2015. The land now dedicated to quinoa cultivation has doubled, threatening fragile soils in the high plateau, or altiplano.

Bolivians have been growing quinoa for over 1000 years. The hardy crop tolerates elevated water salinity, high winds, frosts, and drought, permitting cultivation in high climate risk regions. Historically grown on mountainsides, in response to the spike in demand, it has been more recently cultivated on flat scrub lands previously dedicated to llama and sheep. The seed’s remarkable expansion has been made possible through the recent introduction of tractors and disc plows—less environmentally sustainable methods than traditional ones— as well as improved processing technologies.  President Evo Morales’s government has contributed 65 John Deere tractors to quinoa farmers.

Quinoa has largely replaced alpaca, llama and sheep production in many areas, decreasing the natural fertilization of land formerly enriched exclusively by manure. Despite widespread concerns about the environmental impact of quinoa expansion, long-time quinoa researcher Pablo Laguna at the Colegio de Michoacán cautions against jumping to conclusions.

We lack strong field data on the evolution, extent and yields of quinoa production, and therefore its environmental sustainability,” he said. “Statistics from the UN Food and Agriculture Organization (FAO) and the Bolivian government are inadequate, as we have only just started to measure levels of soil erosion. Consequently, our understanding of soil fertility dynamics related to quinoa production intensification is very limited.”

Production of quinoa has also had a different trajectory than other food products.  The recent boom has brought many of the people who migrated to the cities back to their communities. While most have retained their rural ties, they have been transformed by education and urban experiences. These returnees, called “residentes,” are often alienated from rural traditions of shared work and environmental stewardship.  Some hire others to work the land and manage it from afar.   Researcher Tanya Kerssen says that, “some residentes are elated to reconnect to their rural and indigenous roots.  But others are far more focused on making money.”

This “re-peasantization,” as Kerssen calls it, has caused rural population growth:  recently de-populated communities of elderly producers have seen an average population growth rate of 19.25% since 2001 with some areas reaching as high as 39%.  The cultural phenomenon of migrating back and forth between urban and rural regions, both geographically and socially, creates possibilities for long-term sustainability. But it can also cause tension between residentes and estantes, those who stayed on the land and thus are more likely to have maintained traditional farming methods and social obligations.

Residentes are less likely to use traditional methods of crop rotation and fallow periods that improve long-term production. “Quinoa grows best when rotated each year with either potatoes or wheat, giving the land a ‘rest’ for at least a year,” explained Laureano Laruta Mamani, a farmer in Ocola, a community of 80 families on Lake Titicaca. “I plant quinoa next to fava beans because they are companion plants that help each other resist pests and replenish the soil.”

The government has made efforts to increase organic production for all agricultural products through Bolicert, a certification scheme recognized by the European Union and USAID.  Participating farmers can get technical assistance that supports higher yields and improves quality of production. In the spring of 2015, the government burned a large quantity of Peruvian quinoa, which had been grown using conventional pesticides, and which it claimed did not meet Bolivian sanitary standards.

Tamara Stenn, who is studying the effect of quinoa cultivation on rural communities, said quinoa growers who are affiliated with cooperatives and fair trade organizations get better prices for their product. Fair trade exporters, such as Andean Family Farmers(part of Andean Naturals) and APQUISA who sells largely to the European Union), usually provide a social premium to cooperative growers in the form of land maintenance as well as llama manure for fertilization and irrigation. However, Stenn noted that “decisions about how to use it are often top-down and controlled by male community members, with little input from the women.”

Market access is organized primarily through producer associations, many of which are small-scale and democratically controlled.  About 60% of quinoa farmers in Stenn’s investigation belong to one of two producer organizations: Central de Cooperativas Agropecuarias (Agricultural Cooperatives Headquarters - CECAOT) or the Asociación Nacional de Productores de Quinoa (National Association of Quinoa Producers - ANAPQUI).  These farmers, through their cooperatives, produce reliably organic quinoa under the name “quinoa real,” a large grained, highly nutritional quinoa ecotype, as well as other varieties. 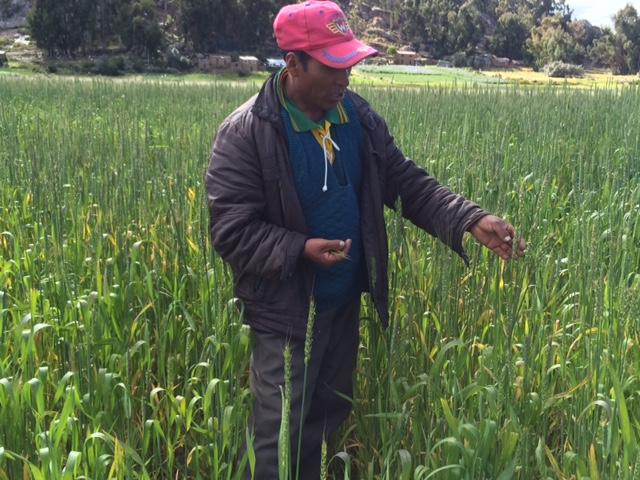 In the last few years Peru has also become a major player in the quinoa market. However, unlike in Bolivia, the majority of the country’s quinoa is not organic. “Peru has had an aggressive program growing quinoa in non-traditional growing locales,” Stenn explained.  Peruvian farmers use chemical inputs and mechanized methods of cultivation, producing two harvests per year, compared to the Bolivian farmers who are much more likely to grow organically and produce only one harvest annually. For the first time, Peru has more quinoa on the market than Bolivia. The glut has caused prices to drop, leaving many Bolivian farmers in the lurch.  According to Stenn, membership in cooperatives can help sustain price levels, even during periods of price fluctuation.

Increased demand for quinoa in U.S. and other consumer markets has certainly contributed to higher prices in Bolivia and increased pressure to cultivate larger supplies of the product.  This can be a hardship for many poorer Bolivians and a major challenge for sustainability.  As more people from the global north consume quinoa and see it as a “super food,” more Bolivians are likely to value this local food more and consume it in larger quantities.

The growing export industry is also lifting the standard of living for many rural Bolivians. Of course, along with this come the perils of “modernity”—more materialism, more cars, more tractors, more carbon expelled.  But certainly, cultivation of quinoa involves a significantly less “extractive” and environmentally harmful process as compared to natural gas and mining or GMO soy, the main industries fueling the growing Bolivian economy.

“The fact that Bolivian farmers are producing organic quinoa and are receiving a more sustainable price for it gives the consumer more reasons to buy from certified fair trade quinoa exporters,” Stenn said. This is an alternative to the “cheaper, less socially and environmentally sustainable quinoa, most likely produced in Peru.”

So eat up your delicious quinoa, and season it with veggies and fruits. But be conscious that your healthy eating choices have set in motion contradictory outcomes— higher local incomes combined with soil deterioration and increased local prices— for Bolivian farmers.

Nancy Romer, Ph.D., is Professor Emerita of Psychology, Brooklyn College, City University of New York and founder of the Brooklyn College Community Partnership and the Brooklyn Food Coalition. She is on the coordinating committee of the People’s Climate Movement-New York.