Cuba is known for its innovative approach to sustainable agriculture. But a new U.S.-Cuba agricultural accord could change that. 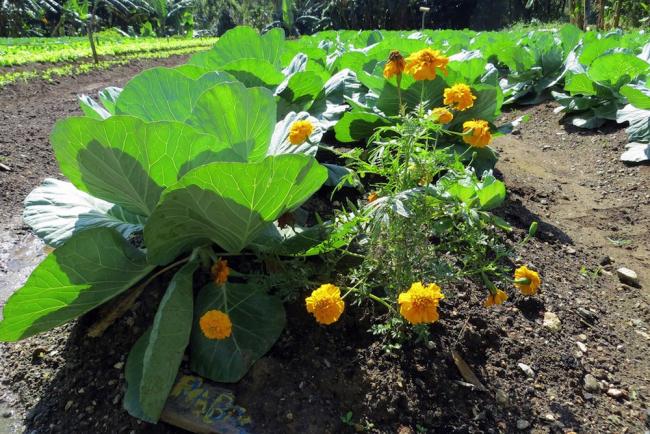 This piece was originally posted on the Center for Economic and Policy Research blog.

With limited access to chemical and mechanical inputs such as fertilizers, pesticides and farm machinery, Cuban farmers have pioneered innovations in sustainable agriculture out of necessity since the dissolution of the Soviet Union and the Eastern Bloc. Although most continue to employ conventional agricultural methods, and Cuba continues to import more than half of its food, around a quarter of the country’s farmers have nonetheless succeeded in supplying some 65 percent of national agricultural output using agroecological practices. These achievements, however, could come under threat with the expected resumption of U.S.-Cuban trade relations.

Having lost the Soviet Union and other Eastern Bloc trade partners, Cuba suffered an 80 percent reduction in foreign trade between 1989 and 1991, leaving it fully exposed to the U.S. trade embargo. Its agricultural sector was hit particularly hard given its heavy dependence on agrochemicals. Chemical fertilizer use per hectare, which had been roughly double that of the U.S. in 1989, fell by almost 90 percent in the following decade, while herbicide and pesticide use dropped by a similar amount.

The result has been a rapid de facto transition toward agroecological and organic methods that has been strongly supported by the Cuban government, including a proliferation of urban and suburban farms that provide some 70 percent of vegetables in major cities such as Havana. Innovations such as organopónicos — urban gardens powered by household waste, manure and crop residues in place of chemical fertilizers, and found in a range of urban environments including rooftops, vacant lots, alleys and backyards — have helped to drastically improve Cuba’s food security. Per capita food production grew by 4.2 percent per year from 1996 to 2005, a considerably higher rate than in any other country in Latin America and the Caribbean, while the costs of organic fertilizer and biological pest control are 98 percent and 89 percent lower than their respective chemical equivalents. Moreover, the dominance of locally grown produce in Cuban cities has also reduced both the environmental and financial costs of transportation in-country and overseas.

The recent thaw in U.S.-Cuban relations, however, could drastically shift the political and economic conditions that spawned and have helped to sustain this unique system of agriculture in Cuba. According to U.S. Agriculture Secretary Tom Vilsack, a bilateral agricultural accord signed during President Obama’s trip to Cuba last month will “allow the 22 industry-funded Research and Promotion Programs and 18 Marketing Order organizations to conduct authorized research and information exchange activities with Cuba” (emphasis added). These exchanges will be largely unidirectional, with these U.S. entities providing “nutritional research and guidance,” while “U.S. based market, consumer, nutrition and environmental research findings” will be delivered “to Cuban government and industry officials” in order to “help meet Cuba's need for healthy, safe, nutritious food.” Unsurprisingly, there is no mention of agroecology or organic agriculture in this USDA press release, which expresses little interest in bringing Cuban innovations to the U.S., where certified organic crops comprise just 0.7 percent of total cropland.

Most worrying of all, however, are the explicit provisions for U.S. agricultural firms to play a central role in these activities (the USDA defines marketing orders as “initiated by industry”). Revealingly, President Obama was joined on his trip by representatives from the U.S. agricultural industry hoping to persuade Congress to open up “a market worth about $2 billion annually.” USDA projections show poultry, wheat, corn, rice and dairy as among the most profitable agricultural commodities in Cuba. Although U.S. firms have been allowed to export agricultural products to Cuba since 2001, Cuban importers still face financial restrictions that are often prohibitive, as they are not allowed to take out loans through U.S. banks.

The stated objective of the accord is to “help U.S. agricultural interests better understand the Cuban market, while also providing the Cuban people with science-based information as they grow their own agriculture sector.” But questions must be raised as to whether the promotion of U.S. agricultural practices in Cuba will only serve to help U.S. agribusinesses infiltrate the Cuban market, posing two distinct risks to the country’s agroecological and organic farms. One concern is that the promotion of U.S. agricultural methods under the new bilateral accord could entice more farmers to increase their use of imported fertilizers, herbicides and pesticides, especially if and when these become more widely available in Cuba, and to specialize in monocultures in order to maximize revenue. The networks that currently exist to facilitate the exchange of knowledge and expertise between small farmers could in turn be weakened, putting the entire Cuban agroecology movement at risk.

The other main risk, especially given the considerable U.S. agribusiness interest in exporting to Cuba, is increased competition from U.S. imports. Despite being partially sheltered from U.S. competition by the trade embargo, agroecological and organic farms already struggle to compete against their conventional counterparts. Aside from the challenges facing Cuban agriculture in general, including labor shortages, red tape and limited access to machinery and irrigation systems, these farms face their own unique obstacles, such as difficulty in obtaining natural inputs like compost, microorganisms and earthworms. Existing government policies create additional hurdles, as the state distributes agrochemicals along with improved seeds for cash crops such as corn, beans and taro, allowing conventional farmers to achieve the same results with less labor input.
The future of agroecology in Cuba rests not only on how U.S.-Cuban relations continue to develop but also on how the Cuban state proceeds with ongoing economic reforms. Cuban farmers who practice agroecological methods by necessity will face a choice between committing to them in principle and returning to using imported agrochemicals to resolve the issue of labor shortages. The Cuban government will face a tricky balancing act between using U.S. agricultural exports to settle the question of food security and protecting its own industries, particularly agroecological and organic farms, from increased competition. Will a pioneering, sustainable food system that emerged from a period of extreme scarcity and hardship survive the transition to an era of relative abundance?

Ming Chun Tang works on U.S.-Latin America policy and other topics at the Washington, D.C.-based Center for Economic and Policy Research.