How DREAMer activism is breaking down the walls that divide the undocumented community.

The this is an excerpt of an article from the latest issue of the NACLA Report on the Americas, "Solidarity Pa' Siempre!" - subscribe for more. 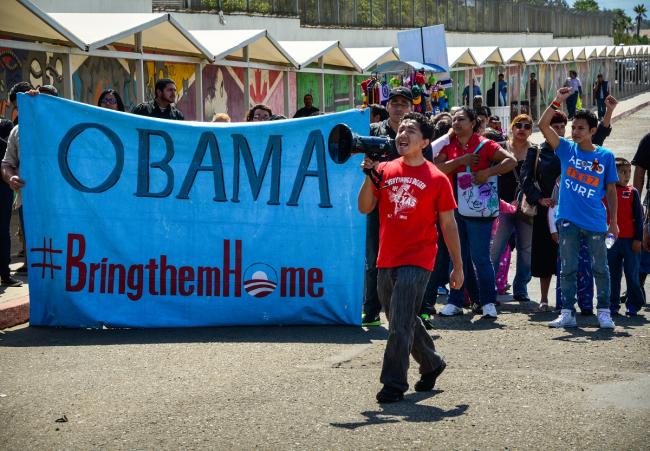 "I have yet to experience the American Dream. I have yet to feel free,” charged Felipe Baeza, an undocumented activist, at a direct action protest in Georgia.“I am tired of waiting. I am tired of living in the shadows of hate and ignorance. I am tired of people deciding and having the power over my future.” Baeza's comments, captured in the YouTube video “Choose Your Side,” signaled a new period of undocumented youth and young adult organizing. Disillusioned with a political system that had failed them, undocumented young people were attempting to force a public debate on immigration policy by using direct action tactics like this one, which transpired in June 2011.

Baeza would later be handcuffed by the police and driven off in a patrol car for refusing to leave the public street young people had claimed in their act of civil disobedience. To be clear, Felipe Baeza and other activists were risking deportation by forcing an interaction with the police, something they counted on as they chanted “education, not deportation!” Baeza's comments also demonstrated how activists were, with increasing intentionality, reaching across generational and geographical lines to foster solidarity and band the plight of the undocumented together in the face of a political environment that criminalized adult migrants while simultaneously casting DREAMer youth as exceptional.

Dressed in a cap and gown, Baeza himself explicitly linked his fate to the criminalization faced by other undocumented immigrants. “Let me put this clear,” he said defiantly, “my parents are not criminals and neither am I. What affects undocumented youth in one state affects all undocumented youth.”

Over the past five years, undocumented young people have forced their plight onto the national political agenda through, among their other strategies, a series of high risk and high-profile direct action campaigns. They have expanded their claims from legalization and educational rights to also include contesting the U.S. enforcement regime. They have enlarged their tactical repertoire by subjecting their more valorized bodies to enforcement practices through civil disobedience (i.e. arrest) and by launching their challenges from inside spaces of migration control, including detention centers and sites of expulsion. And through their escalation strategy, undocumented organizers have purposefully built links within and between migrant communities, crafting a movement that empowers the undocumented and both contests the boundaries of citizenship and the expansion of the U.S. immigration enforcement regime. In the process, activists are enacting a politics of solidarity by rejecting their own social and legal construction as exceptional and instead linking their fate and their challenges with those of the larger U.S. undocumented community. 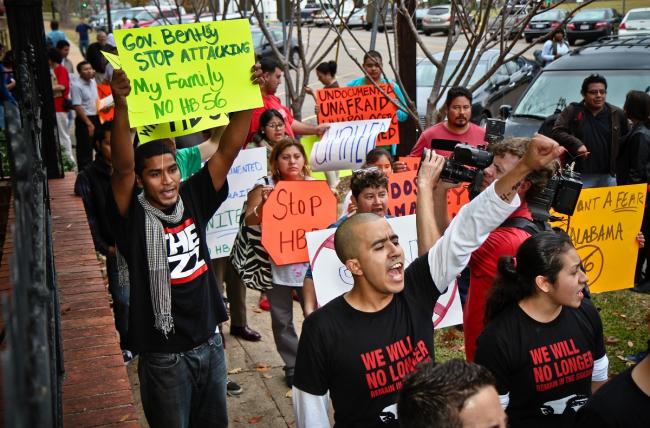 A rise in deportations has paralleled this rise in detentions. In 1990, a relatively miniscule 30,039 noncitizens were deported compared to 188,467 in 2000, and a striking 391,953 individuals in 2011. In 2013, the Obama Administration ushered in an unprecedented moment in the history of U.S. migration control as deportations reached an all-time high. That year the U.S. deported a grand total of 438,421 individuals.

A series of policies in the 1990s set the foundation for these historic highs. The 1996 Anti-terrorism and Effective Death Penalty Act and the Illegal Immigration Reform and Immigrant Responsibility Act (IIRIRA) required the mandatory detention of some noncitizens awaiting a decision on deportation. IIRIRA, in particular, grew the deportable population by expanding the list of crimes for which noncitizens were subject to removal—implemented retroactively—and recast the link between legal status and expulsion by making even authorized migrants subject to deportation.

The 1996 laws also provided for the scaling down of enforcement from the federal level to the state and local levels. The 287(g) provision of IIRIRA, for example, allowed local law enforcement to sign a Memorandum of Understanding with the Immigration and Naturalization Service through which federal agents would be tasked to train and deputize local officials to enforce federal immigration laws. The geographic reach of these programs was expanded after the 9/11 attacks in 2001, as the federal government began encouraging more and more localities to participate in this new form of enforcement outsourcing.

In the post-9/11 period, the delegating of enforcement was also expanded through new programs and technology. The Secure Communities program required state and local law enforcement agencies to submit the fingerprints taken after every booking to U.S. Immigration and Customs Enforcement (ICE). In the case of a potential immigration violation, ICE was given the power to decide if the individuals in question would be transferred to federal custody. Secure Communities also utilized an integrated database, which gave immigration officials a technological presence in prisons and jails and made the policing of immigrants easier and less subject to case-by-case discretion.

In 2014, Secure Communities was replaced with a similar initiative, known as the Priority Enforcement Program. States themselves have joined in on immigration restriction by passing a series of “attrition through enforcement” policies, which attempt to deter migrants from settling within their state borders. The most notable of these state attrition policies is Arizona's SB1070, which passed in 2010.

Not surprisingly, detentions and deportations in the United States have increased dramatically since new immigration policies went into effect. And yet, enhanced scope and accuracy have not targeted all undocumented immigrants alike. In fact, as immigration scholar Tanya Golash-Boza has noted, as deportations began escalating in the 1990s, nearly all criminal deportees—97.5% in 2011—were “Latin American and Caribbean male immigrants.”

"Illegality” in the United States has been racialized and criminalized through law and political discourse. However, “illegality” has also been differentiated along the lines of class, gender, and age. Most notably, “DREAMers”—those youth who are identified for their efforts to enact federal legislation that would offer undocumented individuals who entered the U.S. at a young age an opportunity to regularize their status, contingent on a series of requirements (including two years of college or military service)—have been socially and legally set apart from other migrants and racial groups who are constructed as “illegal” and criminal. As such, they exist in a legal grey area. Through the Morton Memos (the guidelines on enforcement priorities and the use of prosecutorial discretion) and Deferred Action for Childhood Arrivals (DACA) (an executive action that provided select undocumented young people a reprieve from deportation, as well as work permits for a two-year period), DREAMers have been afforded some policy protections against deportation. These protections partly reflect, but also institutionalize, their exceptional social status. Indeed, DREAMers have been socially valorized as deserving of citizenship because of their innocence, youthfulness, and socialization through the U.S. educational system, thus privileging them as “Americans” relative to other immigrants. Even so, they remain undocumented, with few avenues available to regularize their status.

This differentiation within the undocumented community between the “deserving” and the “undeserving” has further entrenched the criminalization of most undocumented populations. In practice, it has also buttressed the growth and logic of the U.S. enforcement apparatus. When young people, their parents, and people within their communities started getting caught up in the United States’ enforcement regime, undocumented youth began to fight back. Rather than setting themselves apart from others in the undocumented community, they leveraged their exceptional status to launch their movement and to include more of the undocumented under its cover. In this way, DREAMers have consciously placed themselves back in line with the approximately eleven million undocumented individuals in the U.S.

To read the rest of this article, please visit the NACLA Report page here.