Longing for Peace in Colombia

“Peace cannot be achieved through violence, it can only be attained through understanding.” - Ralph Waldo Emerson 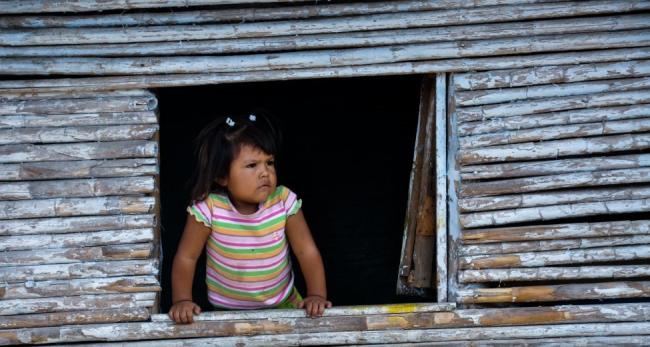 On Thursday, June 23, the Colombian government announced an end to the armed conflict that has raged for 50 years in Colombia. The conflict, fueled by poverty, inequality, and the greed of a few, has claimed over 7.8 million victims, including almost 6.6 million victims of forced displacement, over 45,000 enforced disappearances and around 263,000 conflict-related killings.  According to Colombia's National Victims' Unit, the vast majority of victims were civilians.

Formal peace talks between the Colombian government and the country’s largest guerrilla group, The Revolutionary Armed Forces of Colombia (FARC), began in 2012. This is the fourth, and most successful, formal attempt at negotiations. Given the devastating impacts of a half century of war, the end of the armed conflict is a welcome and important opportunity for creating and sustaining peace, respect for human rights and reconciling with the victims of Colombia’s war.

After over three years of peace neogitations between the government and the FARC guerrillas, the two parties have finally reached agreements on five of the six points of debate. The most recent - and perhaps most remarkable - is an agreement to end the armed conflict, which means a bilateral ceasefire between the FARC and the military, regulation of FARC disarmament zones where the guerrilla members will be concentrated, and security for both parties and communities, in general.

The following video, featuring Abilio Peña from the Comisíon Intereclesial de Justicia y Paz (Intereclesial Justice and Peace Commission), is part of a multimedia campaign, Anhelando La Paz (Longing for Peace), launched by FOR Peace Presence Colombia along with Colombian partners, civil society, and members of the international community. The campaign amplifies the voices of the Colombian people working to build a just world that celebrates humanity.

In the video, Peña gives an overview of the promise and obstacles of four of the five agreements of the Colombian Peace Accords reached so far between the FARC and the Colombian government: agricultural development, political participation, illicit drugs, and victims and transitional justice. The FARC and Colombian government are still discussing how the accords themselves will be verified, agreed upon, and implemented.

Colombian people not only long for peace, they are rising up to demand it. But peace does not live on a piece of paper; it is built and protected by the masses. The negotiated end to the armed conflict will silence some of the guns, but if the government continues to open its doors to multinational corporations and expand the mining industry, an end to the armed conflict will not mean an end to all of the social, political, environmental, economic, and cultural conflicts in Colombia.

In addition, since the negotiations began, there has been an increase in threats, harassment, and selective assassinations against human rights defenders, people reclaiming their land, small-scale farmers, indigenous Colombians, and Afro-Colombians. According to a report released by Somos Defensores, 63 human rights defenders and social organization leaders were assassinated in 2015–eight more than in 2014, accounting for a 13% increase with respect to the previous year. The 2015 murder rate against these defenders and grassroots leaders surpasses the 20-year average. Additionally, a 2015 report by Global Witness found that Colombia is the third most dangerous country in the world to be an environmental defender. The peace talks are an important step toward transforming Colombia’s political and social context; nevertheless, the overall human rights situation remains fragile.

The peace talks have lacked formal participation by human rights and environmental defenders, grassroots leaders, and communities. But what does peace mean beyond the Colombian government and FARC neogtiators? What will it mean for the indigenous communities devastated by paramilitary violence?

What will it mean for displaced peoples forced off their lands, now threatened by African palm oil companies and other consumer products?

And what about the land titles promised to rural campesinos, but denied in practice by the military and the government?

Advocacy and solidarity work must highlight the important and courageous work of frontline communities - and place their participation at the center of the process of continuing to build peace and defend human rights on a daily basis. 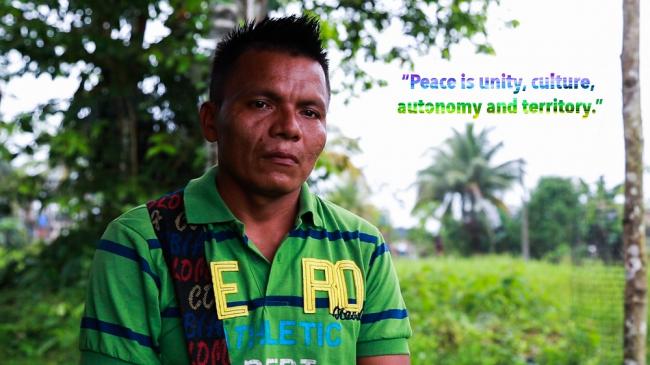 To see the rest of the photography campaign, click here.

The Fellowship of Reconciliation Peace Presence (FORPP) is a non governmental organization dedicated to providing international accompaniment to communities and individuals at risk in Colombia who are working to promote human rights, peace and justice. FOR Peace Presence provides physical safety, political visibility and solidarity by accompanying communities and organizations that embrace active nonviolence to defend life, land and dignity. FOR's accompaniment project in Colombia started in 2002.

Melissa Cox is a filmmaker and photographer with Human Pictures.