The Social Geography of Zika

Brazil’s Zika epidemic has placed new and added pressure on Brazil’s public health system, but much about the outbreak is very old. 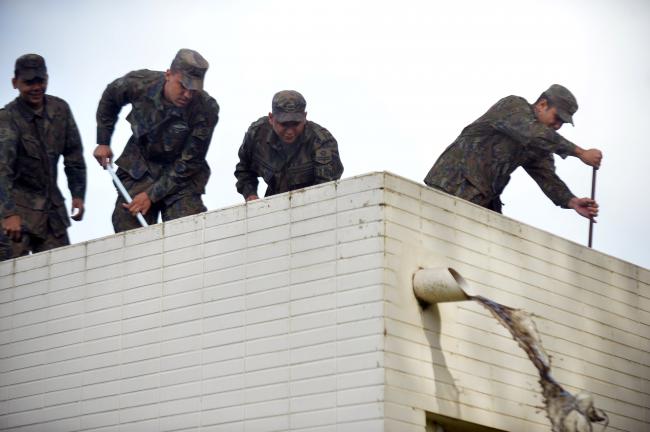 There is a saying in Brazil: “Mosquitos are democratic; they bite the rich and the poor alike.” While the insects do not have a highly developed sense of class consciousness, the current Zika virus crisis—like previous epidemics of mosquito-borne diseases, from yellow fever to malaria to dengue—has had differential impacts across social, class, and gender lines. In other words, Zika is yet another indicator of the inequality that persists in contemporary Brazil, even after several decades of democracy.

Mosquito-borne illnesses disproportionally affect the less-privileged majority of Brazil’s population, and they do so in a variety of ways. The current crisis demonstrates disparity not only in terms of class per se, but via a variety of other issues that connect with class. The Zika virus has had a larger impact in the north of Brazil, including the states of Bahia, Pernambuco, and Rio Grande do Norte, where a higher percentage of the general population are poor and climatic conditions are more favorable to the spread of mosquito-borne viruses than in the wealthier and less tropical south (i.e. the states of São Paulo, Paraná, and Rio Grande do Sul).

Ethical issues related to the Zika virus have also had differential impacts, and those who can only afford to use the Brazilian national public health system, the Sistema Único de Saúde (Unified Health System), are faced with very different reproductive choices from those who use the country’s private healthcare system. In some extreme cases, wealthy women simply leave Brazil during pregnancy since abortion in the country is legal only if the pregnancy puts the life of the mother at risk or is the result of rape. As with all reproductive issues, gender plays a major role in determining impacts and responsibilities, and the current discourse surrounding Zika in Brazil is highly targeted toward women. Health officials, for example, have recommended that women in at-risk areas avoid getting pregnant and avoid sexual intercourse but have largely ignored the role of men in transmission. Ethical issues related to science have also arisen in the context of the Zika scare, most notably questions about the proper use of chemicals for indoor house spraying and issues surrounding the potential dangers of developing genetically-modified mosquitos capable of halting the transmission of the virus.

Class and ethical disparities related to health issues generally, and mosquito-borne illnesses specifically, are neither new nor are they Brazil-specific. The history of the introduction of new diseases has long illustrated this point. Diseases have been on the move for ages: the bubonic plague “invaded” Europe from Asia; smallpox, measles, yellow fever, malaria, cholera, and dengue came from the “Old World” to the “New World,” and syphilis went in the other direction. Taken together, it is clear that Native Americans got the raw end of the deal, and the results were devastating. It is estimated that between 1492 and 1595, nearly one million people in the Americas died of smallpox, measles, mumps, and other “European” diseases. Some believe that between 90 and 95 percent of the New World’s native population died due to Old World diseases. Smallpox and measles were the main culprits, responsible for killing most of the native inhabitants of the Americas. Mosquitoes and mosquito-borne diseases were particularly noteworthy for their invasion of the Americas during “the age of discovery,” when imperialism and the linked slave trade led to the global circulation of many new diseases.

For yellow fever to spread in the Americas, a new mosquito, Aedes aegypti, had to be introduced. The most likely explanation is that this occurred via the sailing ships that transported enslaved Africans to the Americas. This particular mosquito found fertile ground in the growing urban centers of the Americas, from Brazil to the United States. Aedes aegypti is particularly well adapted to the urban environment where a high concentration of humans and a plethora of breeding sites exist. Adult mosquitos adapted to residential spaces, and the aquatic larvae found homes in artificial water containers regularly found in households, such as water tanks, buckets, and tires. Population increase and the growing density of cities—according to the World Bank only 20 percent of the Brazilian population lived in cities in 1900, with that number growing to 30 percent in 1940, 55 percent in 1970, and to more than 80 percent in 2010—cleared the path for the introduction of other viruses that are transmitted by this mosquito vector. More than a century ago, dengue fever and its four serotypes arrived, and starting in 2013, the Chikungunya and Zika viruses joined them in the Americas.

Zika virus, which is transmitted primarily by Aedes aegypti mosquitoes, was initially identified in monkeys in the Ugandan Zika forest in 1947, and large human outbreaks were first reported in Micronesia in 2007 and French Polynesia in 2013. In 2014, cases with a characteristic rash were found in several municipalities in northeastern Brazil. By April 2015, the virus had spread to Bahia and Rio Grande do Norte. In Salvador, the capital of the state of Bahia, almost 15,000 such cases were reported by physicians between February and June 2015—most of them associated with Zika. By the end of 2015, cases had been identified in all five regions of the country, with the Brazilian Ministry of Health estimating that between 500,000 and 1.5 million people had been infected. From Brazil, the virus has migrated to other parts of the Americas, with notable outbreaks in Central America, the Caribbean, and tropical portions of the Andean region. While the clinical manifestations of Zika are considered mostly mild and self-limiting, the 2015 outbreak was associated first with an increase in the incidence of a serious neurological condition, Guillain-Barré syndrome. In late 2015, an increase in microcephaly was observed in newborns in northeastern Brazil, and a link to prior infection of the mothers with Zika was suspected. Global attention to the Zika virus as a major public health threat to pregnant women and their newborns followed, and both the Brazilian Ministry of Health and the World Health Organization (WHO) soon declared a public health emergency.

The Zika virus—and the state response to it—are part of a larger everyday context in which poorer people relate to the Brazilian state in ways different than those hailing from the more socioeconomically-privileged classes. For example, killings of citizens by Brazil’s military police take place overwhelmingly in poor neighborhoods, and the victims are much more likely to be male and darker skinned. In the area of health, policies were (and are) created by members of Brazil’s dominant classes—scientists, physicians, and politicians—whose approaches, though often well-intentioned, may be regarded by the population at-large as paternalistic or as part of a broader system of social control and inequity.

Jeffrey Lesser is the Samuel Candler Dobbs Professor of Brazilian Studies and Chair of the Department of History at Emory University. He is currently a Visiting Scholar at the Institute for Advanced Studies at the University of São Paulo. His most recent book is Immigration, Ethnicity and National Identity in Brazil (Cambridge University Press, 2013) published in a revised Brazilian edition as A Invenção da Brasilidade: Identidade nacional, etnicidade e políticas de imigração (Editora UNESP, 2015).

Uriel Kitron, PhD, MPH is the Goodrich C. White Professor and Chair of the Department of Environmental Sciences at Emory University. His research and teaching programs center around the eco-epidemiology of infectious diseases, with an emphasis on tropical and emerging diseases and environmental risk factors.