[Video] From Combatant to Civilian Life: Women of the FARC

The historic peace deal between the FARC and the Colombian government holds unique challenges for the thousands of female combatants reintegrating into Colombian society. 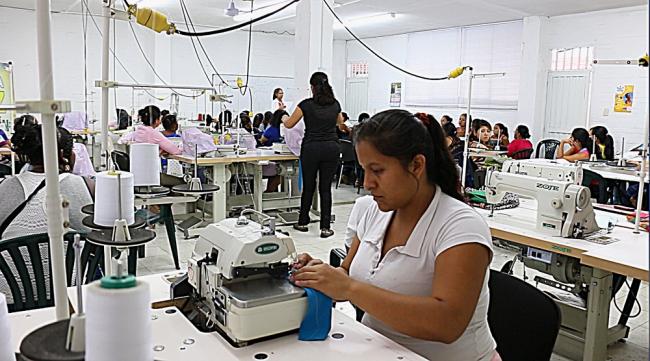 After more than 50 years of bitter civil war, the Colombian government and the Revolutionary Armed Forces of Colombia (FARC), signed a historic peace agreement on Monday. This act paves the way for peace in Colombia, putting an end to a conflict that has claimed over 220,000 lives and caused nearly seven million people to be internally displaced. The next step is a national referendum on October 2, which will give Colombians the opportunity to vote to approve or deny the deal.

President Juan Manuel Santos has ruled out the possibility of renegotiation with the FARC, should the agreement be voted down on Sunday. “I don't have a Plan B, because Plan B is going back to war,” he declared in one recent speech. But Colombians are aware that the approval of the peace deal does not mean that peace will be restored overnight. Peacebuilding is a process that takes time and doesn’t occur without challenges.

One of the biggest challenges for Colombia will be reintegrating approximately 7,000 FARC members into mainstream society. While a percentage of the population is optimistic that the return of guerrillas into civilian life will bring about many benefits, others are uncomfortable with the reality that they will be living amongst former combatants. Recent polls have found that about two-thirds support the peace deal, while another third plan to reject it.

Reintegration is a process often harder for women, who make up an estimated 40% of total FARC fighters, an issue which is the subject of the documentary below. “People tend to think that women who went to war were promiscuous,” says Jeimy Velásquez, a 30-year-old former FARC combatant. “It is difficult to regain trust from society.”

After spending three years in the jungle, Velásquez also found herself trying to convince potential employers that she is “capable of handling the work,” she says. “If there's a job opportunity, they are biased towards men, because they think men can perform better work than women.”

To increase her chances in the job market, Velásquez started attending a sewing workshop through a government sponsored program designed to help former guerrilla fighters transition back to civilian life. “I did not choose this career but I basically fell in it,” Velásquez says. “So far, I’ve been doing very well, and I want to continue this path and eventually open my own business.”

But not every female combatant is satisfied with a career in the sewing industry. Over a decade ago, when ex-FARC member Sandra Sandoval, 36, left the jungle to begin her reintegration process, she knew that she was suited for a career centered in leadership. “I really like politics because that is where decisions are made,” she said. 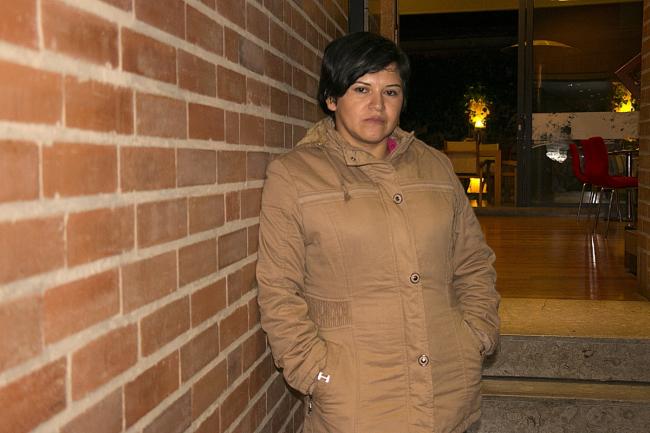 During the five years that she spent in the guerrilla ranks, Sandoval served as a commander and learned about equal rights as she fought side-by-side with the FARC men. But as soon as she stepped into civilian life, she lost her autonomy.

“Historically, this is a patriarchal culture,” Sandoval said. “Those of us who go to war break traditional roles and stereotypes set for women, so society resents us.” Sandoval currently lives with her partner and four daughters on the outskirts of Bogotá. She works full time as an administrative assistant.

“Women who go to war have great difficulty, because in war they take on very similar roles to men – so their feminine traits disappear,” said Joshua Mitrotti, director of the Colombian reintegration agency (ACR), a government entity responsible for assisting ex-combatants in their transition into civilian life. When FARC members surrender their weapons, they become eligible for services and economic through the Reintegration Process, a process which takes six and a half years. “Here, we have a strong approach to guide and assist them in rebuilding those feminine traits,” Mitrotti explained.

But “rebuilding feminine traits” has never been a priority for Sandoval. “I love to be a mother, but I don’t like to be a housewife who does all the cooking and cleaning,” she said. She disliked the career options – sewing, cooking and computer maintenance – presented to her back in 2005, when she began her reintegration process.

“I chose computer maintenance, but I had no idea about this profession,” explained Sandoval. “We need better professional and educational guidance.” With “little support from the government,” she says, it was impossible for her to keep up with full-time work, classes, household chores, and all the activities required in the reintegration process, which includes 80 hours of social service, classes, professional training, and therapy. In order to receive economic assistance through the program, participants must attend 90% of these activities. These factors led Sandoval to drop out from the reintegration program.

With formal peace now so near, women’s rights advocates in Colombia express concern with the way the government is handling the social reintegration of women. “The public policies for reintegration don’t take into account the rights of women nor do they address gender differences,” said María Eugenia Vásquez, a former combatant of the extinct M-19 guerrilla group and member of the Red de Mujeres Ex-Combatientes (Network of Ex-Combatant Women). “They don’t take into account the busy routine of women who have to juggle their time to their families, work, and school.”

Questioned about how his agency plans to address the gender differences, Mitrotti said that “the options for women and men are exactly the same. It depends on what the individual wants to do,” he says. “Our approach is to take advantage of their individual skills and competencies and help them with their life goals.” Mitrotti also declared that his agency supports women who don’t want to maintain the traditional “female role” historically set by Colombian society.

Débora Silva is a Brazilian filmmaker based in California and an IWMF Fellow. The International Women’s Media Foundation supported this reporting as part of the Adelante Initiative.