Fidel Castro: A Life— and Death— In Context

Fidel Castro represented the authenticity of Cuban historical aspirations to sovereignty and self-determination.

This article is the second in a series of NACLA reflections on Fidel Castro’s passing—and his significance for Cuba, Latin America, and beyond. 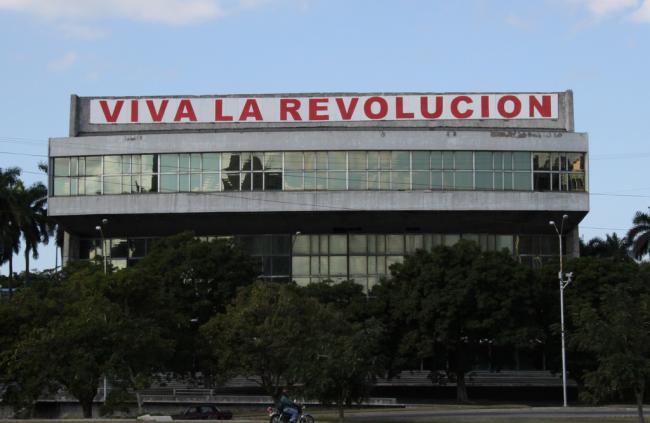 Among the many tens of thousands of well-wishers to congratulate the newly re-elected President Franklin Roosevelt in November 1940 was a 12-year-old boy writing in halting English. “I like to hear the radio,” the youngster wrote, “and I am very happy, because I hear in it that you will be President for a new period.” The letter was sent from the Colegio de Dolores, the Jesuit boarding school in Santiago de Cuba. The writer was Fidel Castro Ruz, who also added a request to his congratulations. “If you like,” he asked President Roosevelt, “[to] give me a ten dollars bill green american because . . . never I have not seen a ten dollars bill american and I would like to have one of them.”

Can the imagination contemplate the possibility that had 12-year-old Fidel Castro Ruz received a “ten dollars bill green American,” history would have been different? Not plausibly–but it does make for an arresting outcome to ponder.

On the other hand, outcomes no less plausible have acted to shape much of the history attributed to Fidel Castro. How utterly implausible: a revolution of uncommon breadth and depth in a country that before January 1959 was thought of— if thought of at all— as hardly more than a client state, an American playground: a place of license and loose morality; of prostitutes, pimps, and pornography; of bars and brothels; casinos and cabarets; in a country where the United States, former ambassador Earl E. T. Smith was to acknowledge, “was so overwhelmingly influential in Cuba that…the American ambassador was the second most important man in Cuba; sometimes even more important than the President.”

That the government of Fidel Castro expelled the United States, nationalized U.S. property, and aligned Cuba with the Soviet Union— and also survived decades of U.S. efforts at regime change, including one armed invasion, years of covert operations, scores of assassination attempts, and 50 years of withering sanctions. How implausible indeed…

It was precisely this implausibility that so tormented the United Statess. Fidel Castro cast a dark shadow over the U.S. sense of equanimity, a bad dream that would never go away.

Notions of injured national pride, of humiliation and embarrassment —very emotional stuff, indeed— all attributed directly to the person of Fidel Castro, shaped the mindset with which the U.S. fashioned policy toward Cuba. Fidel had to be punished, and U.S. policy toward Cuba with was nothing if not punitive: all Cubans would be punished until they did something about Castro. His mere presence served as a reminder of the inability of the United States to will the world in accordance with its own wishes, a condition made all the more insufferable by the fact that this was a country upon which the United States had routinely imposed its will. U.S. politicians could hardly contain their indignation. Cuba under Castro developed into an obsession and into a peculiar American pathology. The Cuban revolution, personified by and personalized in the figure of Fidel Castro, challenged long-cherished notions about national well-being and upset prevailing notions of the rightful order of things. Fidel Castro became a very personal bête noire for the Americans. Certainly the scores of U.S. assassination plots against the life of Castro could not have made American wrath any more personal.

Cultures cope with the demons that torment them in different ways and indeed the practice of exorcism assumes many forms. Castro occupied a place of almost singular distinction in that nether world to which the Americans banish their demons. He was reviled and vilified, he was denounced as a madman, a megalomaniac, a menace, an anathema and phantasma, given to evil doings, a wicked man with whom honorable men could not treat. Fidel was beyond the pale, an utterly reprehensible man of despicable character, devoid of the most minimal moral credibility necessary to negotiate in good faith. Simply put, he was a wicked man with whom honorable men could not deal, so irredeemably contemptible as to make even being in his company seem as something akin to consorting with the devil and the prospects of rapprochement appear an accommodation to evil.

Fidel Castro was in many ways defined through his confrontation with the United States. His uncompromising defense of Cuban claims to self-determination as a matter of a historically-determined mandate and a legacy to fulfil more than adequately validated his moral claim to leadership. To confront the United States in defense of national sovereignty was to make good on the internal logic of Cuban history, a summons to which millions of Cubans could respond unequivocally, without regard to political affinities. It was in Juan Arcocha’s novel Los muertos andan solos (1962) that the poignancy of this moment in Cuban history was preserved in the thoughts of protagonist Esperanza. “At first, when Fidel had put it to the Americans,” the narrator comments, “she had liked that, because finally there was in Cuba a man of integrity who would stand up boldly and speak sternly to the Americans,” who would hold them accountable…

What resonated in 1959 and in the years that followed was the very phenomenon of the Cuban revolution, of a people summoned to heroic purpose, to affirm the right of self-determination and national sovereignty. Fidel Castro was the most visible representative of that people.

It happened too that the Cuban revolution triumphed in a larger context, at a time of decolonization movements in Africa, the Middle East, South East Asia, the Caribbean, and Latin America. To confront the United States in the name of national sovereignty and self-determination catapulted Fidel onto the international stage, as a powerful symbol to sustain Third World intransigence against First World domination. The Goliath had met his David. That the Cubans could make good on their aspirations resonated across the globe: Cuba as model, Cuba as example. The defeat of the U.S.-organized Bay of Pigs invasion, the Cubans boasted, represented the first defeat of imperialism in the Americas. Cuban bravado reverberated across Latin America.

It is also necessary to pause in the rush to ascertain Fidel’s “legacy.” It would be well in this time of Fidel Castro obituaries, from friends and from foes, from those who would mourn his passing or celebrate his death, to proceed with informed prudence. The temptation to conflate the complexities of historical outcomes with the will of one man must be resisted. The biography of Castro is not the history of Cuba.

The life of Fidel Castro was contingent and contextual. The social forces that crashed upon one another in fateful climax in 1959 were set in motion long before Fidel Castro. This is not to suggest that the Cuban revolution was a matter of inevitable outcome, of course. But to acknowledge that the revolution was not inevitable should not be understood to mean that it lacked an internal logic, one derived from the very history from which it emerged.

However large a role Fidel played in shaping the course of Cuban history, it bears emphasizing that the success of his appeal and the source of his authority were very much a function of the degree to which he represented the authenticity of Cuban historical aspirations. Fidel Castro was actor, of course, but he was also acted upon. He shaped the history of his times in discharge of the history by which he was formed. The meaning of his life must be situated within that history, as it was lived and learned, as the circumstances that acted to forge self-knowledge and knowledge of the world at large, and served to inform the purpose of his presence.

To subsume outcomes of 50 years of Cuban programs and policies to the will of one man is facile. It is bad history. Worse still, it is to dismiss the efforts of countless hundreds of thousands of other men and women who— with ill-will or good intentions— played important roles in the decisions, deliberations, and discharge of the purpose that has moved the history of Cuba over the past 50 years. The Cuban people fell in love with their revolution. Their hopes were lifted aloft by the prospects for a better life, if not immediately for themselves then eventually for their children. They were bestirred to act in discharge of sacrifice and selflessness, exhilarated by new possibilities and new promises, but most of all by the prospects of a better future that seemed to be within their reach and through their efforts. Agency, in a word.

The exercise of national sovereignty and self-determination was the defining paradigm from which the leadership of the Cuban revolution understood the logic of everything else. In this regard, Fidel Castro was uncompromising. Many factors played a part in sustaining Fidel Castro in power. Certainly the oft-cited resort to repression is not without basis in fact. The system has indeed relied on an extensive and efficient intelligence apparatus. It acted on authoritarian reflexes, and was neither slow nor unwilling to apply repression as a means to maintain internal consensus.

But repression alone is not an adequate explanation for the endurance of a government under extraordinary circumstances, during years of withering economic adversity, compounded by five decades of external pressures— active and passive, principally from the United States. The antecedents of the Cuban revolution reach deeply into the nineteenth century, precisely to the point at which men and women across the island arrived to an awareness of nationality and knowledge of the meaning of nationality. For vast numbers of men and women, being Cuban was a fate. No other aspiration so profoundly shaped the formation of Cuban national sensibility as the ideals of nation and national sovereignty. That is, the premise of the primacy of Cuban interests and the principal purpose of la patria, a deepening recognition of the need to relocate power within Cuba and reorder the purpose of power in behalf of things Cuban, but mostly as affirmation of the prerogative of the Cuban in Cuba. No one articulated these sentiments more frequently or more forcefully than Fidel Castro.

The global resonance of the Cuban purpose was coyuntural, representing a time when the resolve of the people of a small island in the Caribbean served as a symbol of hope to peoples in distant continents. The legacy of Fidel Castro? The example of the Cuban people…

Louis A. Pérez, Jr. is the J. Carlyle Sitterson Professor of History and Director of the Institute for the Study of the Americas at the University of North Carolina at Chapel Hill.