Finally, Again: Miami before Trump and after Castro

This article is the third in a series of NACLA reflections on Fidel Castro’s passing—and his significance for Cuba, Latin America, and beyond. 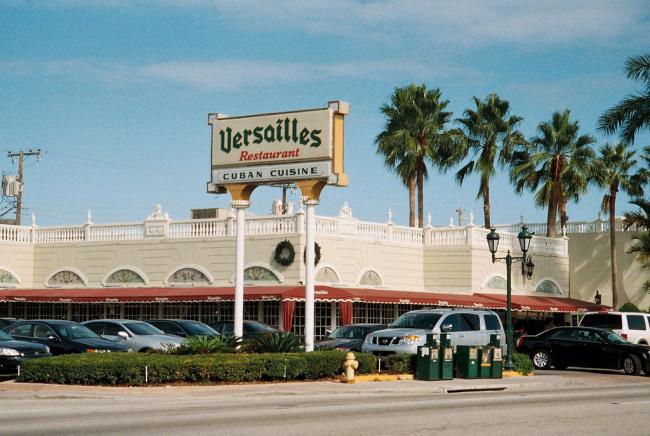 The TV trucks dutifully lined up on Calle Ocho in Little Havana on Friday night as the news began to spread that Cuban leader Fidel Castro had died. Again, but for real this time. So the obligatory crowds came, though they were nothing like the throngs that Miami’s officials once feared would grow so large that an emergency plan involving busing people to the Orange Bowl would be necessary. Still, people brought their clamoring cacerolas, their signs, their flags, their tearful smiles, and their booze.

Nicole Fernández, a 24-year-old daycare teacher, was among them. She left her house only a couple blocks from exile headquarters, Versailles—a Caribbean-style walk-up café known to the national media as the spot in which all Republican presidential candidates must stage a photo-op to demonstrate their anti-Castro bona fides. So it’s also known to Cuban American residents as the place to go to find each other. Nicky did the conga in the street outside the restaurant with others who hoped the event would mark the end of what she and many others repeatedly call a “painful chapter” in the history of their families and, thus, of Cuba.

A month earlier, Nicky had also been on the same streets. She and Jennifer Román, 20, had caved into the constant calls from the Hillary Clinton campaign and canvassed for the Democratic candidate just north of the Little Havana neighborhood. It might be at odds with the photos of revelers wearing red “Make America Great Again” hats and waving the red, white and blue of the Cuban flag. It might not square with the notion that there was something essentially broken in Clinton’s vaunted ground game. And it might surprise president-elect Donald Trump, who had to amend a simple tweet announcing the death of the Cuban leader, replete with an exclamation point that only added to the message’s bizarre bluntness, by adding a longer statement aligning himself with the “many Cuban-Americans who supported me so greatly.” But Cuban Americans split right down the middle in the last U.S. presidential election.

In fact, with the help of volunteers like Nicky and Jennifer, Clinton handily won Miami-Dade County and the deeply Cuban-American metro cities of Hialeah and Westchester. Originally, Nicky had “felt the Bern”, but she was happy enough with Clinton to get to work for the campaign in the final, crucial days, and was shocked and saddened when Clinton lost to Trump. She and Jennifer took to the streets again with others in an anti-Trump protest, shutting down I-95. When I pressed her on whether she saw any contradiction in her anti-Castro stance and her support for the socialist senator from Vermont, she laughed and patiently explained to me the difference between Cuban communism and democratic socialism. She’s attending the city’s large community college, but her political knowledge is personal.

The almost-exclusively Latinx students who take the Latin American history classes I teach at the city’s public university draw equally fine distinctions among ideas and ideologies based on experience. They have grown up with political diversity and divisions that extend beyond the 90 miles of water separating them from Cuba.

While media sources pronounced the Cold War chapter of Cuban history closed with Fidel’s death, geopolitical and ideological bipolarity is ancient history to Nicky and Jennifer, to my students, and to many of my friends in the city. Many don’t know or only vaguely recognize the name of exile Jorge Mas Canosa, the architect of the alliance between the U.S. Republicans and city’s Cuban exile community. More indelible for Nicky was the plight of Elián González. The U.S.-Cuba deal returning the five-year-old boy to the island after an escape attempt left his mother dead at sea especially impacted those who watched the saga unfold as children themselves and followed his later “grooming,” as Nicky described it, as a model revolutionary. If the children blamed Bill Clinton’s administration for Elián’s return to Cuba, however, they did not, like some of their elders, let it affect their support for his wife. 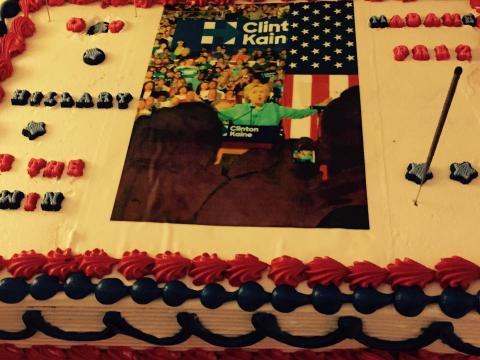 The drift of Cuban Americans away from the Republican Party has been happening for over a decade. Still, it has yet to become a compelling story for a wider U.S. public that has trouble reconciling the strong anti-Castro sentiment with layered political thinking among diverse Latinxs in the city. The bumper sticker I spied on a truck in ’08—“Cuba had ‘change’ in 1959”—better represents mainstream thinking about Miami’s anti-Castroites. Its category-collapsing rejection of the Democratic Party survives in part because, for all of its outreach, the Clinton campaign appealed to Latinxs as voters primarily and primordially invested in immigration reform. Though the softer stance on the embargo in recent years is statistically welcome among the city’s Cuban Americans, this did not mean minds had changed about Castro the man.

Gloria Hernández, a registered Democrat, is anti-embargo and anti-Castro. She came to Miami on the Mariel Boat Lift at age five. I often recall a memory she shared with me when I think of what it means to be in exile—people passing food to relatives through the chain-link fence of the immigration detention area. She could reconsider her Republican upbringing by separating U.S. political partisanship from more global ethical concerns. “I don’t see,” she says, “what being a Democrat or Republican has to do with being against political injustice and violations of human rights.”

Still, the bile can be shocking to those, like me, who know something about Cuba’s history but are not personally invested in either canonizing or vilifying El Comandante. Once forced to duck into one of many Cuban nostalgia shops in the neighborhood with my four-year-old daughter so she could use the bathroom, I was also forced explain to her why she had to urinate on Castro’s face, which had been painted on the bottom of the toilet bowl along with the words “Cumple tu sueño” (“Make your dream come true”).

The narrative of a Latinx “Obama Generation”— starry-eyed “Dreamers”— still doesn’t explain why Nicky and other Latinx U.S. citizens who are sometimes generations removed from their countries of origin were moved in equal measure to sadness by the outcome of the recent U.S. election and joy at the demise of a man whom they consider a tyrant.  For the working-class and professional majority of Miami residents who supported Clinton “greatly,” an anti-Castro, anti-Trump stance is consistent with their historical outlook on Latin America as a whole, and it triggers strategies for dealing with political polarization that they already have perfected.

A 40-old architect whose parents immigrated from Venezuela many years ago stresses that Latinxs in Miami are not all from Cuba and that their experiences with democracy and its discontents extend beyond Castro. She was devastated by Trump’s election, deeply affected by the gendered criticism of Clinton and horrified that accusations of sexual abuse and the president-elect’s own words about sexual aggression had vanished into the ether of the campaign. “Give him a chance?” she asks, shaking her head furiously. “Did you want to give Chávez a chance?” The rhetorical question is aimed at her imagined audience of middle-class Venezuelan family and friends, some here and some still there, who would all agree with its premise: there are some elected leaders simply too authoritarian, too anti-democratic to let govern without fierce opposition.

Other professionals who emigrated here as adults, like a couple consisting of a Brazilian who came to Miami on his own in 1997 and a European of Central American ancestry, met the news of Castro’s death quietly. They followed the news on TV but avoided passionate friends by staying at home and staying off social media. It’s not that they are apolitical. In fact, they identify with the left, both here and in Latin America. But when it came to voting in this year’s U.S. election, they didn’t overthink the Obama Administration’s position on impeachment in Brazil or Clinton’s record with the Honduras coup as secretary of state. They in fact took their two daughters to a Clinton rally, allowing the girls to skip school for the chance to meet the candidate who they hoped would be the first woman president of the United States. A photo of their beautiful older daughter beside the beaming female candidate lit up Facebook, attracting “likes” from around the globe. But their avoidance strategy the weekend after Castro died was not completely unfamiliar. They also admit to having steered clear of acquaintances who might have supported Trump in the run-up to the U.S. election.

Nicky went further. She reported broken relationships that can never be repaired based on her inability to understand why a fellow Latinx would support Trump. And estrangement was not new to her, either. When asked how her family in Cuba would take the news that Castro had passed, she surmised that one faction would have to repress any public displays of their hope that the moment would bring reform, which might be overly optimistic given that Cuban officials, like Miami’s, had known the day would come. She also reported that her family here was not in touch with another, “communist” faction. Jennifer cannot talk politics with her dad. Some of my students, who rebel against their hardline parents and grandparents by wearing Che t-shirts and rattling off literacy statistics from the island, shed tears in class after the U.S. election, dismayed at relatives’ votes for Trump, interpreting it as evidence of a stubborn legacy of elite Latin American ideologies of racial superiority that they could not countenance.

By Saturday afternoon, as the golden autumn sun dipped behind the city’s concrete nostalgic architecture and block-lettered Spanish business signs, the Cuban American parts of the city—Hialeah, Westchester, West Miami—were quiet. In a 10-mile area south and west of the airport, I spotted only one set of Cuban flags wagging on a Toyota Camry. The news trucks were leaving. In the end, only a few residents had ventured very far from home to celebrate Castro’s death, so they were back inside, with family. Despite the talk of concluding chapters, the Latinx majority in Miami who voted against the next U.S. president went right back to waiting and watching.