Whether Cubans on the island worship Fidel Castro despite his flaws, loathe him, or are indifferent to a figure they now regard as a historical anachronism depends more on their age than anything else.

This article is fourth in a series of NACLA reflections on Fidel Castro’s passing—and his significance for Cuba, Latin America, and beyond. 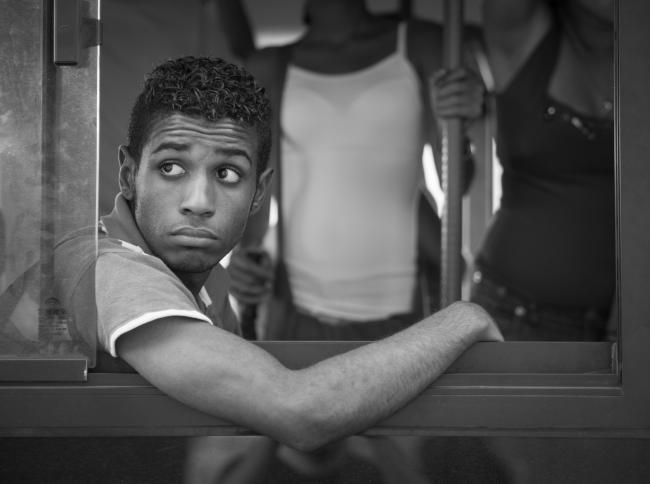 Olga, a former University teacher, remembered her faithful devotion to Fidel Castro when she was growing up in Santiago more than forty years ago. “Before the triumph of the Revolution I went to a Baptist private school. After I went to a state school, and I grew disenchanted with religion. This happened not only to me, it happened to my entire generation,” she said. “The change was profound. Fidel replaced the God we had believed in. He was a very significant leader for everyone, but in particular for us of the younger generation. We threw ourselves into the struggle to make the revolution. Life was very difficult after the sugar harvest of 1970 failed. We suffered a lot, but we still had that belief, that determination, that we had to fight for the revolution. We thought of Fidel as our God the saviour, and we all closed ranks, and we struggled, and we tried not to see his errors, his flaws. I did not return to the church for many, many years.’

I first interviewed Olga (not her real name) twelve years ago, when, alongside a team of Cuban and British researchers, I began recording life histories of Cuban men and women living on the island. Olga and I last met several months ago, in Miami, where she now lives. Our team has collected the life histories of 125 Cubans from different generations, social positions and political views, of diverse racial, gender, sexual and religious identities. Many talked with us multiple times, recounting how their lives and attitudes have changed over the years.

Cubans over the age of fifty frequently brought up Fidel in our conversations. Usually they portrayed him favourably, but not always. Fearing their criticisms might be overheard, in place of his name they tapped their shoulder, [indicating his epaulets], or stroked their chin [the beard], or referred simply to “He.”

Like Olga, many older Cubans described Fidel as a divine figure who protected them. Salomon, a Communist Party official who prided himself on his sincerity, said, “Unfortunately, Fidel cannot live forever. Fidel has been the beacon, the guiding light of this process. He has extraordinary vision. He can predict the future. When no political analyst, absolutely no one imagined an event could happen, he foretold it. He warned us. His kind of genius, for he is a genius, does not often come into the world. Fidel made many sacrifices. He sacrificed his life to give us life.”

Older Cubans enjoyed recounting amusing tales about Fidel’s obsessions, his foibles. They portrayed the great Comandante-en-Jefe as a man with human defects, a relative who they loved and indulged.

Cubans of the elder generations frequently thanked Fidel for everything they had, even for what they lacked. ‘Gracias a Fidel’ came naturally, especially when they found themselves face-to-face with a stranger carrying a recorder. Yeyé, an elderly Afro-Cuban woman, told us, “My life had been hard. I suffered. Then came Fidel Castro Ruz who put everything right for everyone. After the triumph of the revolution my life changed. I became a person. But I have to tell you that as a worker I did not have the opportunity to study. I am illiterate. Not totally, totally, I can sign my name. But aside from that I give enormous thanks to Fidel Castro. For a poor person I have everything.” But Yeyé did not have everything. Later, she told us that she did not have enough food to put on the table.

Younger Cubans, women and men who came of age in the post-Soviet era, often criticised Fidel. Their lives have been marked more by hardship than comfort. Despite Fidel Castro’s last great campaign, the Battle of Ideas, which attempted to convince young Cubans to uphold the ideals of socialism, many felt that socialism was a utopian dream which belonged to a different era.

Mario, a young IT specialist at a government ministry, is in charge of recruiting young people into the Communist Party. Mario confided, “the number of young people who want to join the Party is falling. It’s a social problem. They don’t identify with the historical generation, with Fidel and Raúl. They’re indifferent. They lack political commitment because at the end of the day Party membership does not give you a house, or a car, or money: quite the contrary.”

Several months before illness forced Fidel to pass power to Raúl, he announced with much fanfare that the period of hardship was over. Posters sprang up with a smiling Fidel next to the slogan, “Vamos Bien” (We’re doing well.) Esteban, who had twice tried to flee Cuba on a raft, pointed to the poster and said, “Don’t believe it. The situation is getting worse, for the last year it has been getting worse. It is crude, super crude. There is less food. Less of everything. He says ‘Vamos Bien’, but that’s a lie. We have much less than we had before.”

The generation gap between old and young Cubans is greater than ever. Alina Rodríguez, a filmmaker who now lives in Mexico told me, “Cuba, probably, is the last country in the world to try to create a system like ours, because we all have learned that it doesn’t work…“ she said. “The type of society we had in Cuba won’t happen again because it emerged at a unique historical moment, and it managed to survive, although no one really understands how. The Cuban experience has been very rich and very complicated, rich precisely because it was complicated. Artists feel that we have lived a history that will never be repeated. I was nurtured in the bosom of Cuban Revolution. Now I ache inside because so much of what I have seen, what I have lived through, makes me grieve.”

Luis, a medical student born in 1989, the year the Berlin Wall came down, didn’t waste his breath talking about Fidel. He said that Fidel was an irrelevance. “In school they talked about before and after the Revolution. They told us before was bad, after was good. But I am living now. I don’t care what it was like before, or after. I want to live in better times. This is my historical moment and I want my life to be better right now.”

Fidel Castro portrayed the Cuban Revolution as a dual struggle: to end U.S. domination and to build socialism. Patria Libre o Morir, Free Fatherland or Death, was his rallying cry. Fidel’s motto continues to hold sway for many older Cubans. They suspect Obama’s hand of friendship cloaked a new strategy to undermine what remains of the Cuban Revolution. Many younger Cubans have turned away from Castro’s historic call. They are ready to sacrifice national sovereignty and egalitarianism for economic improvement. They hope, or had hoped before Trump, that Obama’s overtures would bring some economic relief.

But for now, for the majority of Cubans, economic improvement seems far away. The misfortunes of the Cuban government’s allies in Venezuela and Brazil, combined with the electoral defeat of the U.S. pragmatists with whom Raúl Castro had cautiously forged a détente, create an uncertain future for the Cuban people and for Cuba’s leaders.

Elizabeth Dore is author of Cuban Lives: What Difference Did a Revolution Make? (Verso Books, 2017, forthcoming). She is Professor Emeritus of Latin American Studies at the University of Southampton and can be reached at ed2@soton.ac.uk.

This oral history project is under the auspices of the University of Southampton in the UK, and the Centro Nacional de Educación Sexual (CENESEX) in Cuba, whose Director is Mariela Castro Espín. The research has been funded principally by the The Ford Foundation and the Swedish International Development Agency (Sida), with additional funding from the British Academy, the Arts and Humanities Research Council, (AHRC), the Leverhulme Trust, and the David Rockefeller Center for Latin American Studies at Harvard University.