"Every Concert is a Rally" 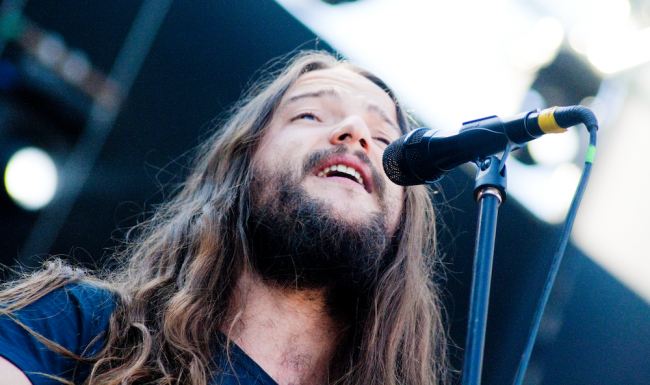 The following interview with songwriter Nano Stern is from the Spring issue of the NACLA Report. Click here to listen to a NACLA Radio episode featuring a discussion with Stern.

Not that he would admit it, but at 31 years old Nano Stern has long since established himself as one of the most dynamic and politically attuned Latin American musicians of his generation. From his eponymous debut album in 2006 to the release of his complete songbook last year, the Chilean singersongwriter has dazzled audiences worldwide with his blend of folk, rock, spoken word, and experimental music, all wrapped up in powerful social critique.

In part it’s his sheer talent: Stern is a virtuoso—on guitar, violin, piano, and bass. It comes together in his songwriting, in musically complex and lyrically smart compositions that move seamlessly from haunting to exhilarating. They come alive onstage, where regardless of venue—from remote elementary schools in Chile to performing alongside the legendary Joan Baez at her 75th birthday concert—Stern consistently delivers his music with what the New York Times calls “a shot of adrenaline and passion.”

Much of that passion comes from an urgent political purpose, deeply rooted in his personal and professional history. The grandchild of immigrants, born under Pinochet’s dictatorship, and trained among Chilean expats, Stern brings to his craft the maturity of someone long aware that art is politics. Of course, to be a politically engaged musician from Chile is to invite comparisons to the greats of the Nueva Canción Chilena (Chilean New Song)—Víctor Jara, Violeta Parra, Quilapayún, Inti-Illimani, artists murdered or exiled in the 1970s and 1980s for placing their work at the service of social justice. Stern recognizes the debt and burden of these comparisons. He is informed by their aim of communicating uncomfortable truths—about power, inequality, and liberation. Yet his music also seeks new conversations and ways of telling them, based on struggles both long-stemming and current, in Chile, the Americas, and beyond.

When Stern sat down with NACLA on January 20, 2017, one such struggle was taking shape: Donald Trump’s inauguration as President of the United States. In the months since, much of the racism, xenophobia, misogyny, and cronyism that marked his campaign have taken new, ruthless turns. At this moment, Stern’s reflections on the import of art read all the more timely, and his work—like the 2015 album Mil 500 Vueltas, which he discusses with correspondent Julia T. Burnell—rings all the more powerful.

JULIA BURNELL (JB): I understand you got into music at a very early age …

NANO STERN (NS): Music has been around me since before I was born. My sister, who is 13 years older, was already very much into music and songwriting and Silvio Rodríguez and Víctor Jara, and listening to them when I was born. Also, my grandfathers were musicians. They were both immigrants fleeing Europe during World War II. They came from Hungary and from Germany playing the accordion and the violin. My father’s father passed away before I was born, but my mother’s father was very much around and he passed away on my fifth birthday, which was exactly when I began to play the violin. I had this image of my grandfather playing what I used to call el piano chiquitito, the little piano. I didn’t know what it was, this accordion thing, but there was a piano and there was a little one and he played it, and it was such a joy for the whole family. He used to play for the community as well. He lived his old age in Santiago, in a huge city, but he belonged to a small community of migrants, so he was, in a way, a town musician, and this was a very strong image.

I was also lucky because I started playing with the Suzuki method—it’s very different from the conservatory style, not imposed or through negative reinforcement, but learning that music is more than a language. It’s like a parallel universe of languages, that you should learn through imitation and playing, through positive reinforcement the whole time. My teacher was also an immigrant from Peru. It’s hard to grasp how much of a privilege it was for me to learn from a Peruvian woman because Peruvians are very much subject to prejudice in Chile, and they are always looked down upon. For me it’s the other way around: my second mother in life and my mother in music was this woman who came from this poorer country up north, with darker skin, coming here to teach. And as a child I was exposed to my grandfather who was a refugee and to this woman who came looking for a better life. So I was very privileged in how music came into my life.

Click here to read the rest of the interview and more from the latest issue of NACLA. And don't miss Nano Stern's performance with NACLA and Verso Books in Brooklyn on Friday!