As antiracist movements take center stage in the U.S., the long history of Black organizing across the Americas offers important lessons—and opportunities for solidarity beyond borders.

The following article was originally published in our Spring issue, "#BlackLivesMatter Across the Hemisphere." 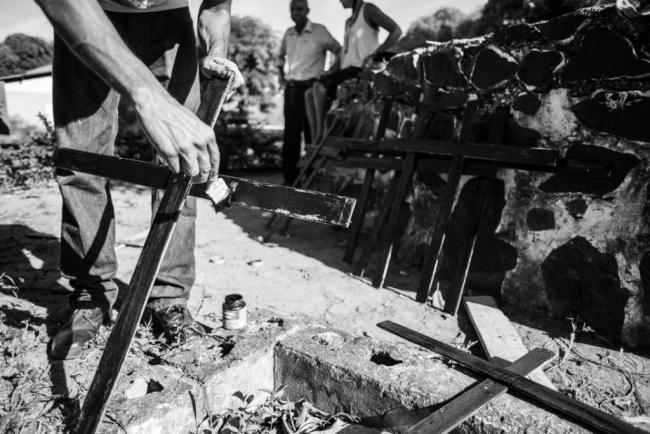 “Every slum is a bit like the slave quarters. Every police car is a slave ship.”

Cláudia Silva Ferreira, Eric Garner, Korryn Gaines, Jonathan Moreira, Aiyanna Stanley-Jones, Freddie Gray, Rogério Silva … Naming as a strategy to counter the official devaluation of Black life has become a crucial tactic in today’s movements against racialized violence. In 2014, the same year that the recording of Eric Garner’s killing by a New York City Police Department officer drew millions of views on YouTube, graphic video footage of Cláudia Silva Ferreira’s death went viral in Brazil. Cláudia was dragged by a police car in the streets of Rio de Janeiro for hundreds of feet before she was pronounced dead at a local hospital. Both tragedies occurred in democratic nations that deny problems with racism. Both videos painfully illustrate that iterations of anti-Black state violence remain hauntingly similar across the Americas. Thus, the issue of whether “Black lives matter” is not endemic to the United States. The collection of short essays in this Forum explore Black protest in Latin America as it relates to the Black Lives Matter movement (BLM) in the U.S. to breach the unspoken divide that leads to the treatment of past and present-day African American issues in isolation from those of other African descendants in the Americas.

The Black Lives Matter movement is not a U.S. cultural export to Latin America and should not be treated as such, for the assertion that “Black lives matter” is far from new in the Americas. From the maroon communities of Jamaica, Suriname, and Brazil to Black independence movements starting with the Haitian Revolution, Black peoples across the Americas have long articulated a demand that Black life, personhood, and autonomy be valued and respected. Today’s movements are only the latest iteration in the long Black struggle for liberation.

As observers of contemporary waves of heightened hemispheric Black activism, we were surprised to find few talks, symposia, and syllabi that consider the issue of Black life mattering from a transnational perspective. Several questions emerged out of preoccupation with an unsettling observation: despite distinct socio-historical contexts, African descendants across the hemisphere face remarkably similar issues—from gentrification to displacement and segregation, cultural appropriation, labor discrimination, to institutionalized racism and the enduring presence of structural barriers to educational attainment and economic parity. From Baltimore, Maryland to Buenaventura, Colombia, Black people contend with what historian Forrest Hylton, in his book Evil Hour in Colombia, refers to as “the unresolved legacies of conquest, colonization, and slavery”—legacies that manifest as police surveillance and brutality, disproportionate rates of incarceration, poor health outcomes, and lower life expectancies. One need only read reports by Human Rights Watch, the U.S. Bureau of Justice statistics, and the Brazilian Public Security Forum to find a host of sobering statistics that corroborate the need for and imperative of today’s social movements that center Black lives.

Despite these alarming convergences, we find that few scholarly works or journalistic articles in the U.S. consider the issues raised by the Black Lives Matter movement from a transnational perspective. Therefore, in 2016, we organized two “#BlackLivesMatter in Latin America” panel discussions to address the following questions: What institutional ties have developed between Black activists in the U.S. and those in other parts of the African diaspora? Does an understanding of the interconnectedness of global Black liberation struggles inform the work of Black activists today as it did during the Black Power era? Does the “Black” in BLM hold space for the multiplicity of Black national and ethnic identities such as Afrolatinx, Caribbean, American African, etc.?

In this NACLA Forum, we continue this ongoing conversation with a dynamic group of scholars, activists, and artists—Tianna Paschel, Geísa Mattos, Kleaver Cruz, and Juliet Hooker—to explore what insights might be gleaned when connecting the dots of contemporary Black activism across the hemisphere. The voices included are purposefully diasporic—the featured writers have personal and professional ties to Brazil, Colombia, the Dominican Republic, Honduras, Haiti, Jamaica, and Panama. Our discussions center on two major sites of contemporary Black struggle: Brazil and Colombia. Tianna Paschel’s piece discusses how African Americans and Afro-Latin Americans have historically developed symbolic and material practices of solidarity and echoes our calls for the importance of forging transnational Black activist networks to address contemporary Black issues. Geísa Mattos’ reflection discusses the shared language and strategies in the increasingly connected struggles against racialized violence in Brazil and the U.S. Kleaver Cruz shares his experiences as a co-founder of the New York City chapter of the BLM Network, their work in centering marginalized Black voices, and utilizing love as the fount of their activism. Finally, Juliet Hooker challenges the myth that Black politics in Latin America imitate those in the U.S., pushing us to reverse how we typically think about knowledge flows from Global North to South.

In sum, the reflections that follow unsettle the false lines of division between racial justice struggles of Black people in the U.S. and other nations of the Americas. In resisting the temptation to siphon off the movements for consideration solely within the confines of their respective nation-states, this Forum’s contributors instead examine the movements transnationally and comparatively. Only by doing so are we able to fully understand the global dimensions of anti-Black racism—and craft more effective strategies toward attaining the liberation of all Black peoples.

—Larnies A. Bowen and Ayanna Legros