Keeanga-Yamahtta Taylor’s From #BlackLivesMatter to Black Liberation is a book that matters for racial justice struggles across the Americas.

This article was originally published in NACLA's spring issue, "#BlackLivesMatter Across the Hemisphere:" 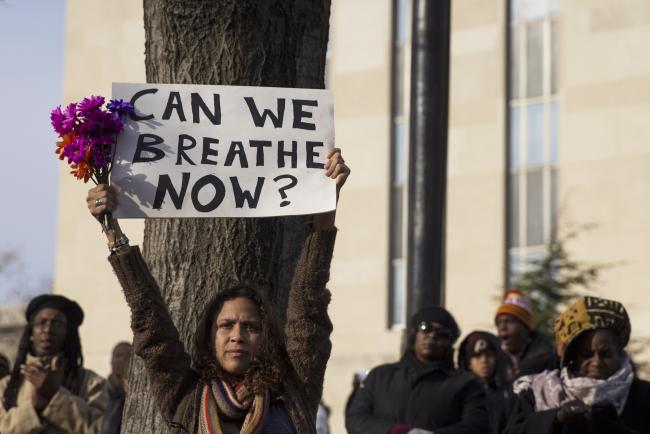 Between Black America and Latin America, political differences and distances are often overstated, fragmenting the unity of political struggles in the process. Too often, the legacies of chattel slavery, on the one hand, and settler colonialism, on the other, are considered radically distinct, the gulf between the two experiences insurmountable. But if modern slavery emerged from the crucible of colonial domination only to assume a particularly sharp form between the Rio Bravo and the Great Lakes, we neglect that shared origin at our own peril. This is no exaggeration: chattel slavery—and the denial of humanity that it simultaneously requires and perpetuates—were quite literally products of colonialism.

The systematic denial of humanity to an entire group of people was first tested out on Indigenous populations shortly after the arrival of Columbus, legitimizing the rapacious brutality of the conquistadors. But even those who defended the humanity of the Indigenous— like Bartolomé de las Casas—did so while turning a blind eye to the mass import of African slaves to supplement Indigenous labor. When the U.S. embraced a slave renaissance fueled by the cotton boom, the threat of unified working-class resistance led to the hardening of racial categories into the sharp binary that we know today. Despite these divergent forms, however, racial dehumanization remains the rule from Chicago and Philadelphia to the highlands of Oaxaca and Chiapas and the barrios of Caracas, São Paulo, and elsewhere.

As W.E.B. Du Bois reminds us in Black Reconstruction, when the struggle against the U.S. slave economy exploded, Confederate secessionists gazed southward toward “a great slave empire in the Caribbean.” Even after the Confederates’ defeat, however, the knot binding slavery to colonialism was not fully undone. After an experiment with what Du Bois calls “abolition-democracy,” the brief period of Radical Reconstruction in which Black and white alike participated in politics on an equal footing and the welfare of both improved, Reconstruction was abandoned and Jim Crow gradually imposed. As a result, “The United States was turned into a reactionary force. It became the cornerstone of that new imperialism which is subjecting the labor of yellow, brown and black peoples,” or what Du Bois would call the vast “dark proletariat.” After all, if U.S. citizens had accepted the white dictatorship of Jim Crow at home, why not impose one abroad?

Imperial expansion was swift: within two short decades, U.S. troops would deploy to Argentina, Chile, Haiti, Panama, and Nicaragua, and the U.S. would seize Cuba, Puerto Rico, the Philippines, and Guam. From that point forward a relentless dialectic unfolded. As the Cold War set in decades later, the specter of communism replaced the vagaries of “U.S. interests,” with suspicion falling anywhere that might serve as a Soviet “beachhead.” The Black community, too, was similarly suspect for the sympathies it harbored. This was not all empty paranoia either: communists Black and white had been among the strongest advocates for racial equality. Black militants—from Malcolm X to the Black Panthers— would adopt a socialist internationalism, and exiles— from Robert F. Williams to Assata Shakur today—would find much-needed refuge in Cuba and China.

All of this is to say, Keeanga-Yamahtta Taylor’s From #BlackLivesMatter to Black Liberation (Chicago: Haymarket, 2016) is a book that matfor Latin America because the struggles of Black and Latin Americans have been tightly intertwined for nearly half a millennium. From the very beginning, with an introduction entitled “Black Awakening in Obama’s America,” Taylor evokes Robert Allen’s classic Black Awakening in Capitalist America, a prescient text in many ways, not least for Allen’s effort to grasp the condition and internal dynamics of Black Americans as a case of “domestic colonialism.” And like Allen’s book, Taylor’s is shot through with a commitment to socialist internationalism and the deepening global resonance of anti-capitalist solidarities.