In this edition of NACLA Radio, four organizers discuss how the immigration reform movement can evolve to confront new challenges to DACA and beyond under Trump. 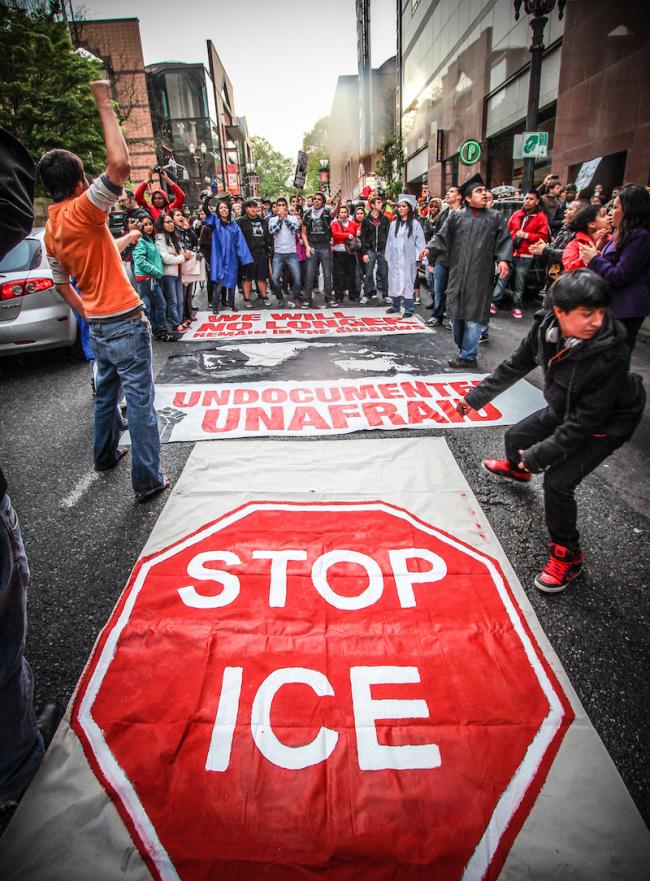 Luis Saavedra, Melissa García Vélez, and Marlen Fernández graduated from Lehman College in 2014. As undergraduates, they were some of the first students involved in the Lehman “DREAM Team,” a club that quickly became a community space for students without immigration papers at Lehman. In this installment of NACLA Radio, they are joined by Alyshia Gálvez, who served as one of the DREAM Team’s first faculty advisors. Alyshia interviewed  Luis, Melissa, Marlen, and Alyshia for the most recent issue of the NACLA Report, Wall off Trump: Confronting the Donald Trump Era, which you can read here.  The club’s organizing initially centered on pushing for the national DREAM Act, which would have provided a pathway to citizenship for a specific subset of undocumented immigrants. Today, however, DACA recipients who continue to advocate for immigration reform are pushing for a more inclusive narrative.

Luis, Melissa, and Marlen detail their experiences as undergraduates without papers at Lehman, and discuss how respectability politics have limited immigration reform and perpetuated a long history of exclusion. They also touch on how immigrant activism has evolved to account for the diversity of immigrant communities as well as the history of slavery and expropriation that Black and Native American activists have sought to confront. These intersectional narratives have empowered activism both under the Obama administration’s historic deportation rates and under Trump.

Alyshia Gálvez is a cultural anthropologist and an associate professor of Latin American, Latino and Puerto Rican Studies at Lehman College, CUNY.