The Other Side of the "Latino Vote" (Audio)

A conversation with NACLA Report contributor Geraldo Cadava on the history of Hispanic and Latinx conservatism in the United States, and what it means in the age of Trump. 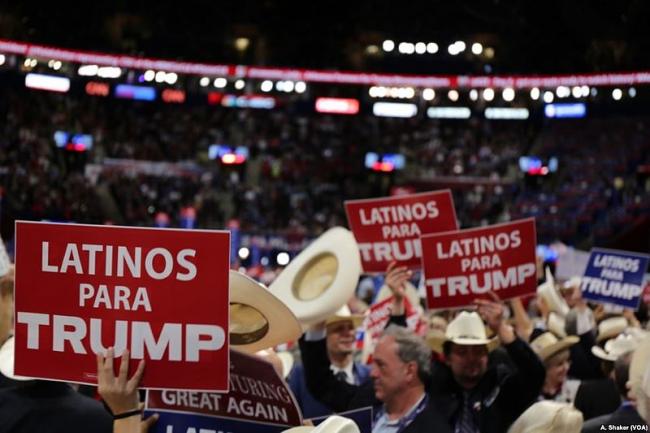 Our latest issue of the NACLA Report, "Right Turn: The New and the Old in Latin America's Right-Wing Revival," explores the current makeup of the conservative resurgence across Latin America - from the end of left-leaning governments throughout the Americas to the emergence of soft-coup to new and deepening investment ties among transnational elites. Included was Geraldo Cadava's Hispanic Conservatism: Its Rise - and Fall?" In his piece, published before the elections, Cadava uncovers the often-unexplored world of Latinx voters who vote red, not blue. His article considers how Republicans and Democrats alike have sought to capture the "Latino vote," a bloc they see as largely homogenous, and the impact of Trumpism on traditional right and left divisions among Latinos in the U.S. Before the election, Trump’s racist and nationalistic rhetoric against Latinxs led many to believe that Trump would poll poorly among Latinx voters, but some debate as to whether or not that was really the case - and why.

In this segment of NACLA Radio, Cadava revisits his article in the first weeks of the Trump presidency. What can understanding the history of Latinx and Hispanic conservatism show us about the current moment and the challenges that lie ahead?

If you haven't yet, you can listen to our most recent installment of NACLA Radio -"The Beef, Bullets, and Bible Caucus and the "New" Brazilian Right" featuring Benjamin Cowan. Access the radio archives here.