The Political Economy of Peace in Colombia (Audio)

A NACLA Radio interview with Forrest Hylton and Aaron Tauss about their article “Peace in Colombia: A New Growth Strategy,” featured in the latest NACLA Report, Free Trade 2.0, and the latest developments in the peace process. 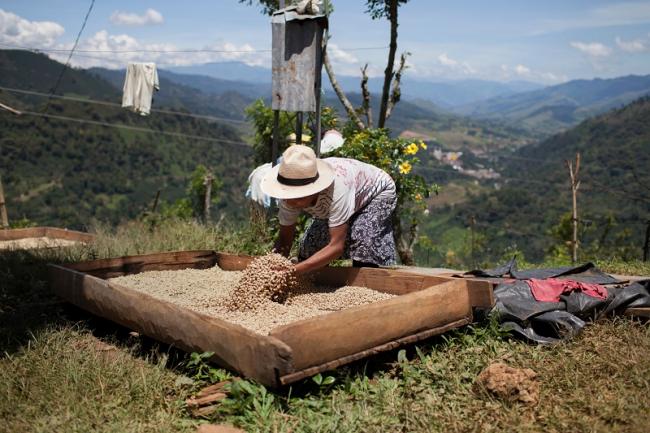 In the second installment of the NACLA Podcast, Helen speaks with Forrest Hylton and Aaron Tauss, authors of “Peace in Colombia: A New Growth Strategy,” featured in the latest NACLA Report, Free Trade 2.0: Confronting the Trans-Pacific Partnership and the New Extractivism as the Pink Tide Recedes.”

Colombia’s peace agreement is an unprecedented signal of hope for the end of over five decades of civil war. But with an agreement comes the threat of further encroachment of transnational business interests that could further disenfranchise the communities most affected by the conflict – a topic explored in more detail in Hylton’s article, and in his discussion with Helen.

However, after the signing of the peace agreement by President Juan Manuel Santos and FARC negotiators this summer, the peace process faced a shocking blow in the form of the rejection of the agreement in a plebiscite vote on October 2 by a razor-thin margin. Last week, Helen followed up with to discuss these recent developments, and what might happen next.

You can listen to previous installments of NACLA Radio here. Keep your eyes peeled for additional interviews with contributors from the issue in the coming weeks.