A New Life for Indigenous Languages in New York City 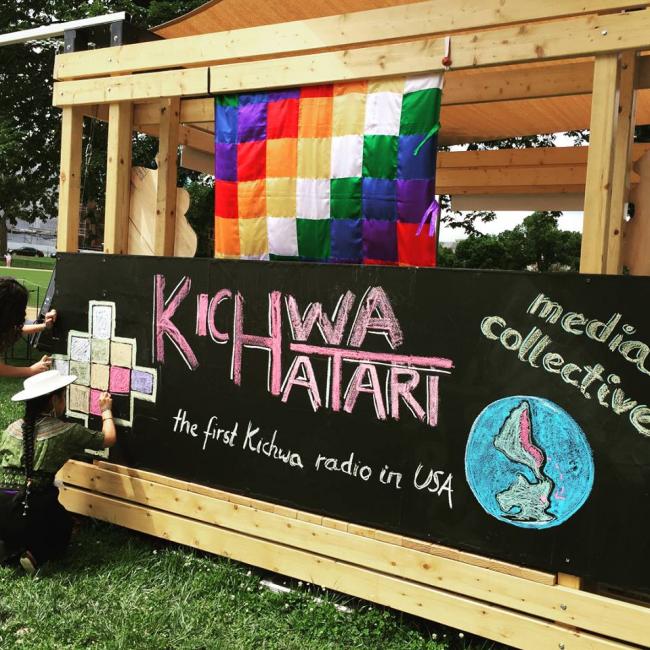 José Juarez jots down notes in the last minutes before going on air. On the other side of a foam-padded wall, his colleague Leobardo Ambrosio pushes the dials of a soundboard up and down, preparing for the two of them to take their indigenous mother tongues to the mics.

Every Monday night, the duo hosts “ALCAL” (Latin and Central American Linguists) radio. The show runs out of a nonprofit organization based in midtown Manhattan called the Endangered Language Alliance (ELA), dedicated to protecting linguistic diversity. Juarez and Ambrosio migrated from Mexico and Guatemala, respectively, to New York, where they strive to keep their indigenous cultural heritage alive.

According to the Mexican Consulate, as of 2012, of 320,000 Mexican-born people in New York City, 250,000 are indigenous, and a third speak one of the country’s 68 recognized indigenous languages. For many migrants from these speaker communities, finding community abroad can determine whether they sustain their mother tongue.

Ambrosio, whose native language is K’iche, which comes from Guatemala, says that ALCAL radio aims to explain the barriers that indigenous peoples face in the United States. “It isn’t just work but also the language, because we hide ourselves with Spanish and English.”

For many indigenous migrants like Juarez and Ambrosio, the pressures to assimilate into U.S. society often eclipse the desire to preserve their language and culture. Experts estimate that there are some 800 languages spoken in New York City, with the highest concentration of endangered languages of any place in the world. Daniel Kaufman, the director of ELA, says that some of these languages have only a single speaker in the New York City area. For many indigenous migrants, finding community abroad can determine whether they sustain their mother tongue.

Ambrosio lives among 52 other K’iche Guatemalans from Sololá province, all concentrated in a five-block radius in Brooklyn. But even for more populous indigenous groups in New York City with many speakers, geographic distances between them often lead to cultural and linguistic dissolution.

Charlie Uruchima, a facilitator at another New York City indigenous radio station called Kichwa Hatari, says that many newly arrived indigenous speakers lack a sense of community. Kichwa Hatari broadcasts a dialect of Quechua called Kichwa, spoken by about a million people in the Andean region of Ecuador. “There’s a sense of Ecuadorian-ness [in New York] but not of Kichwa,” Uruchima says. New York City is home to some 137,000 Ecuadorians, but the number of Kichwa speakers is unknown. Urichama hopes that the program can foster a stronger spirit of Kichwa identity.

ELA provides a space where speakers of endangered languages like Kichwa can record the words they may not find an opportunity to speak elsewhere. Linguistics scholars work with these individuals to formally document their languages through audio recordings and writing. The organization compensates speakers for their time, but some participants like Ambrosio and Juarez work for free, driven by the desire to fortify their cultures in the United States. 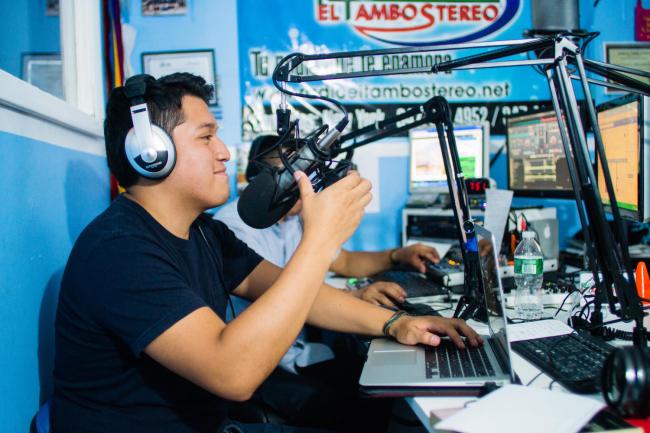 Ambrosio approached Kaufman in 2014 with the idea to begin a radio series showcasing some of New York’s linguistic diversity. Now K’iche, Totonac, and Mixtec words reach Internet listeners throughout the city and around the world. Unlike traditional linguistics scholars who avoid intervening in communities to guide language preservation, Juarez and Ambrosio actively encourage pride in their culture and mother tongues.

The impact of these programs is hard to measure, according to Lyle Campbell, a linguistics scholar who evaluates languages’ degree of endangerment. According to Campbell, “clearly if a people who speak a language have really strong positive attitudes toward their language then [it] succeeds better than if they don’t.”

Campbell directs The Catalogue of Endangered Languages, a program that began in 2011 through the University of Hawaii as part of a larger initiative called The Endangered Languages Project. The initiative rates the risk of languages going extinct according to four intersecting criteria: intergenerational transmission, absolute number of speakers, speaker number trends and domains of language use. “Attitude is probably the one that’s the hardest things to quantify,” Campbell says.

The project’s findings suggest that almost half of the languages currently spoken in the world are endangered and anywhere between 50% to 90% will disappear by the end of the century.

An estimated 4,000 of the world’s 7,000 living languages originate with Indigenous Peoples, who also account for most of the world’s cultural diversity. For these groups, conditions of marginalization can incentivize communities to drop their native speech in order to more easily participate in society around them. The UN Declaration of the Rights of Indigenous Peoples protects the freedom to speak and protect one’s mother tongue as a fundamental right, but language loss has still increased precipitously through the twentieth century. The UN has designated 2019 as the year of indigenous languages as a way to acknowledge the bitter history of violent erasure and honor the value of linguistic diversity.

Apart from brutal assimilationist policies, many other variables play into languages’ vulnerability to disappearance, such as discrimination, political exclusion, religious proselytizing, population decline, globalization, migration, and economic opportunities. “If people see greater opportunities for themselves or children for economic advancement or just eating and staying alive, then sometimes they’ll shift their language to accommodate that,” Campbell says.

According to Campbell, whether parents pass on their language to their children or not plays the largest role in determining the language’s survival. “It really is about children learning the language… A big language with lots of speakers is no safer than a small language if, in fact, nobody learns the language and it doesn’t get passed on.”

Migrating to another country can dramatically impact people’s motivation to sustain their native tongue. “Coming here, you’re trying to adapt to a new culture, a new language as well as a new society,” Uruchima says. “But at the same time, you’ve been sort of shamed and stigmatized your whole life because of your indigenous identity, so I feel like once you cross the border, you kind of just leave it all.”

Indigenous migrants confront distinct challenges gaining employment, accessing healthcare and other social services, and navigating the legal system, all of which can stem from their linguistic isolation. “Here it is much easier to claim a Latino identity and be bunched in with other Latinos than to claim a particular indigenous identity,” Uruchima says. “Because people here aren’t really prepared for that... They aren’t prepared for someone to say, ‘I’m indigenous from Ecuador.’ It’s like, ‘Oh, why can’t you just speak Spanish?’”

Lluvia Camacho Cervantes studies endangered Mexican languages at City University of New York (CUNY). She explains that each time speakers give up a language, a vast reservoir of human knowledge and cultural conceptualizations vanishes into the past. “A language is a library,” Cervantes says. “It’s the link that allows a connection between generations of wisdom acquired through observation— through experience of a people’s geography.”

Such wisdom does not merely contain information about local environments and experiences, but also provides insights into the range of human cognition. Cervantes explains that languages reflect “the possibilities of human beings in the moment of having to invent a structured system of communication.”

The speakers who make this variation possible do not always have the desire or capacity to preserve the day-to-day practice to keep their language alive. While linguists like Campbell and Cervantes recognize the value of linguistic diversity, ultimately the decisions that determine whether it endures lie in the speaker communities.

“We’re just creating a space where people can come and discuss and decide for themselves,” Uruchima says of his radio show. “If you don’t want to speak your language, that’s your decision, but we’re going to advocate that you do.”

Efforts to mitigate the pressures of assimilation, like Kichwa Hatari and ALCAL radio, attempt to encourage pride in Indigenous Peoples distinct identity. Both radio shows merge discussion of linguistic traditions with information about navigating life on the U.S. side of the border. They inform their listeners about labor rights, social services and other challenges for indigenous migrants in the United States. “We’re reclaiming our language, we’re reclaiming the culture and talking about real issues,” Uruchima says.

By combining these two dimensions of Indigenous Peoples' experiences— both ancestral identity and contemporary realities— the radio programs reflect how cultures tend to exist in constant negotiation with the world that surrounds them— dynamics that also affect language use. Defenders of at-risk languages seek to demonstrate how they remain important in contemporary life. This shift in perspective also challenges the understanding of indigenous culture as something static and forever preserved in history. For Uruchima, sustaining and reviving Kichwa is a task of the present. “We’re here and we plan on growing.”

Hanna Wallis is a video and print journalist focused on indigenous issues in Latin America and the United States. She works with both documentary arts and traditional reporting.