Across the region, violence continues to spiral. What can be done? 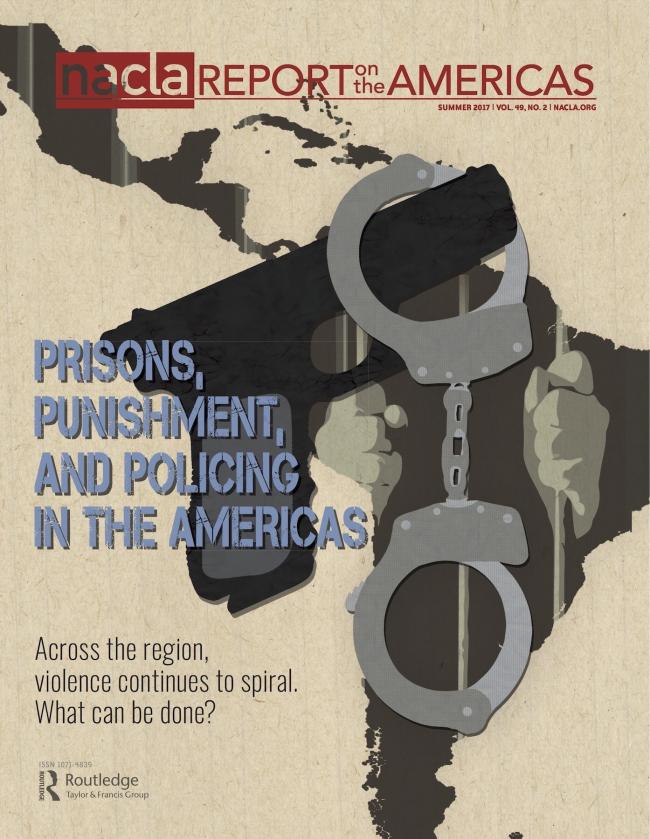 The numbers are staggering: of the world's fifty deadliest cities, almost all are in Latin America, claiming tens of thousands of lives each year. In Mexico, Venezuela, and Brazil, murder rates continue to climb, while throughout Central America, gangs and criminal syndicates burrow ever deeper into all areas of state, economy, and society.

Reasons for this violence abound, and over the years NACLA has examined many—drug wars, inequality, U.S. foreign policy. Here, our focus is two-fold: official approaches to the violence on the one hand, and its impact on the everyday lives of people across the hemisphere on the other. The issue assembles contributors whose research and activism exposes the dark drivers of public security policy in the region—prisons, punishment, and policing—and their lethal consequences.

It's an especially timely issue. Up and down the hemisphere the rising toll of violence threatens to consume some nations whole, with spillover effects that portend more escalation. Moreover, as the region's political landscape shifts dramatically rightward, new and pressing questions arise: How do we assess the left's approaches to Latin America's epidemic of violence? Will a return to right wing rule mean renewed mano dura (iron fist) policies towards crime, or will it bring something altogether new, potentially even worse?

In this context, three key points emerge. First, with rare exceptions, the landscape of punishment in the region is dire and getting worse. Criminalization especially has taken troubling turns, as states marshal the law to exert control over and legitimize assassinations of groups deemed threatening to their economic projects. As Moira Birss shows in her article this issue, at least 577 environmental activists were killed in Latin America between 2010 and 2015, the highest of any region in the world. In Chicago, Andrea Bolivar examines how policing, incarceration, and deportation cements a cycle of overlapping systems of oppression—sexism, racism, and classism—deepening levels of brutality and violence faced by transgender Latina sex workers.